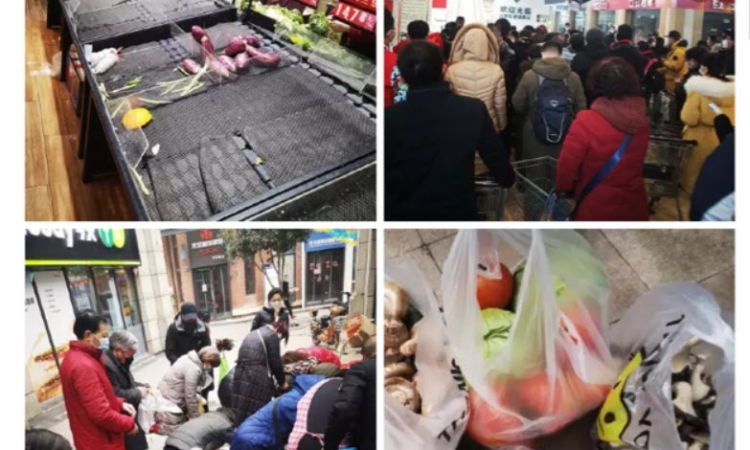 People in Wuhan, China, awoke today to news the city has been Quarantined over the outbreak of Coronavirus; no one allowed in or out of the city, and many of the eleven million citizens immediately panicked; heading to stores to buy food . . .  clearing store shelves within an hour.  There is now reportedly "NO FOOD" to be bought anywhere in the city.

Worse, people are reporting the prices charged rose to "5 to 8 times higher than no 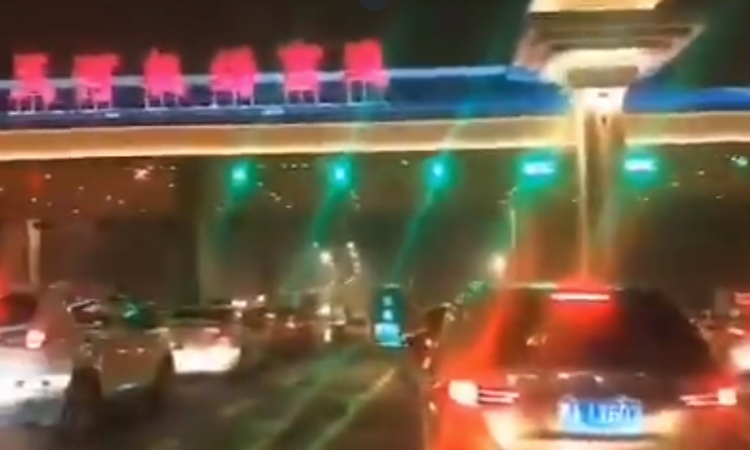 UPDATE 2:24 PM EST -- CHINA LOCKS-DOWN CITY OF WUHAN; POLICE BLOCKING ROADS.  NO ONE ALLOWED IN . . . OR OUT ...The recent outbreak of a strange new virus in the city of Wuhan, China is spreading like wildfire. Overnight, the death toll DOUBLED.  Authorities in China have now invoked a Public Health Law ORDERING the wearing of filter masks by anyone in public! 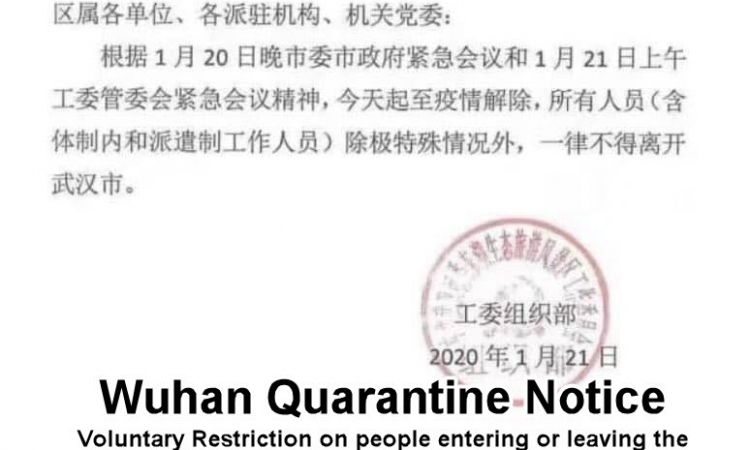 The Chinese government has imposed a QUARANTINE of the city of Wuhan, over the outbreak and spread of a new and deadly coronavirus.

Official records say more than three-hundred (300) have become infected since the outbreak started on 31 December, but hospital staff claim more than one-thousand, seven-hundred (1700) are hospitalized with serious symptoms.

Official records say six (6) people have died from this disease, but h 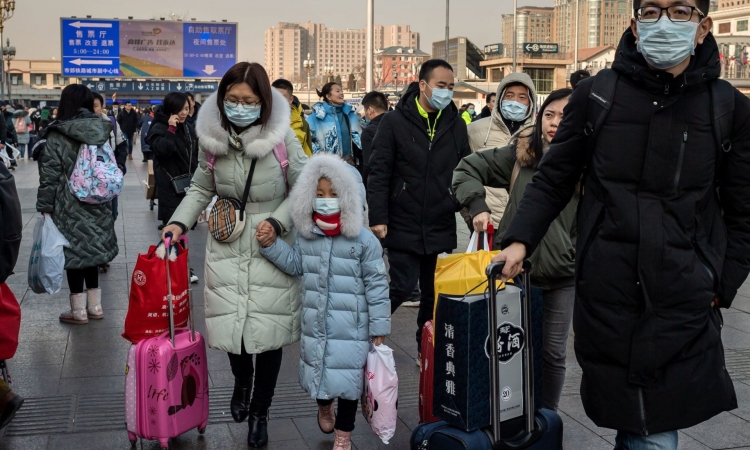 The first case of Wuhan coronavirus has been reported in the United States, in Washington state, a federal source outside the CDC says.  Cases have already hit Japan, Thailand, South Korea and is spreading fast.  The World Health Organization is holding an Emergency Meeting tomorrow over the outbreak. 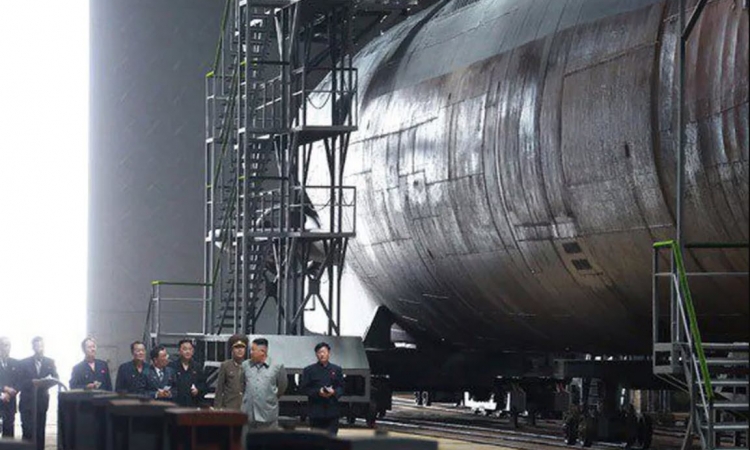 North Korea says it will no longer be bound by any commitments toward de-nuclearization and has re-started nuclear bomb production as its “new path,” after the US  ignored a year-end deadline to engage in meaningful diplomacy. 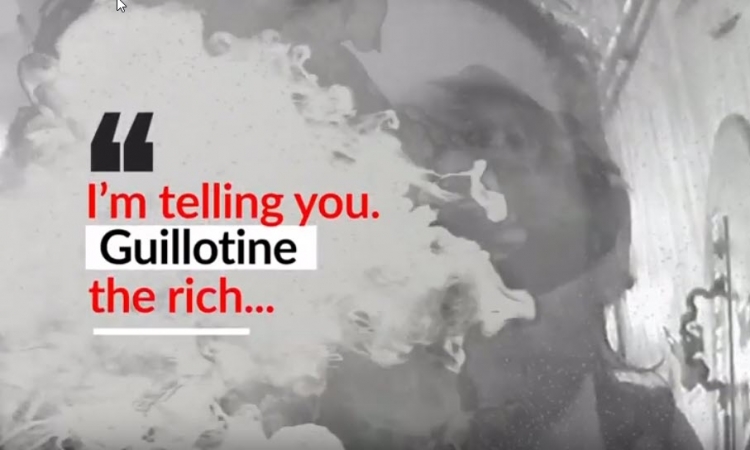 A Field Campaign Organizer for the Bernie Sanders for President Campaign says his plans during a Bernie Sanders Presidency is to "Guillotine the Rich  . . . Send Republicans to Re-Education Camps . . . and dissolve the US House of Representatives, US Senate and the Judiciary so Bernie and a Committee of people could make decisions . . ." 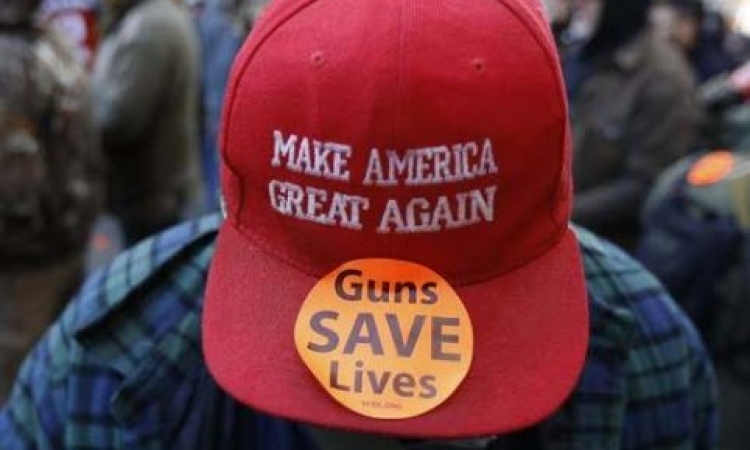 With their Pro-Gun Rally, Citizens of VA Showed Government "What's What"

The major Pro-Gun rally held at the Virginia State Capital on 20 January was literally a "show of force" by the citizenry that has shaken state-level government to its very core.  In one peaceful assembly to Petition for redress of grievances, enough ARMED citizens of Virginia showed up, to outnumber the ENTIRE State Police and the ENTIRE Virginia Army National Guard!  State legislators got shown "What's what." 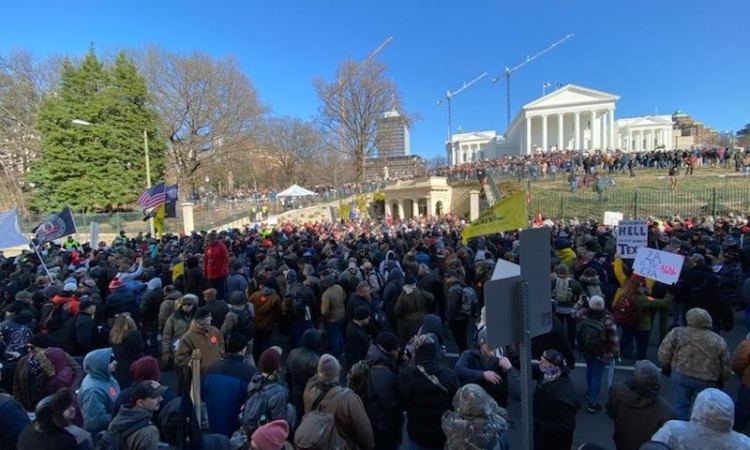 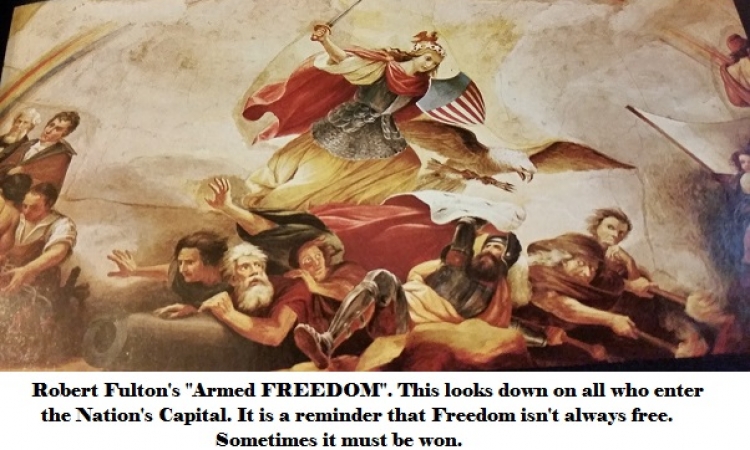 Forecast for Richmond, VA: Sunshine, a high of 39° F - Chance of DOOM!

Today is Monday, 20 January 2020 and all eyes are on the State Capital of Virginia at Richmond today. 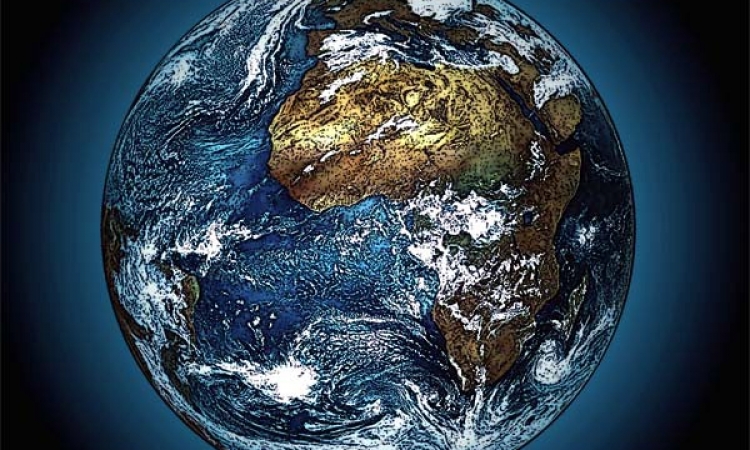 Will Someone Press "RESET" and Cleanse the Planet, Please?

Get the eye bleach ready; the degeneracy coming at our society has reached unimaginable proportions and just keeps getting worse. 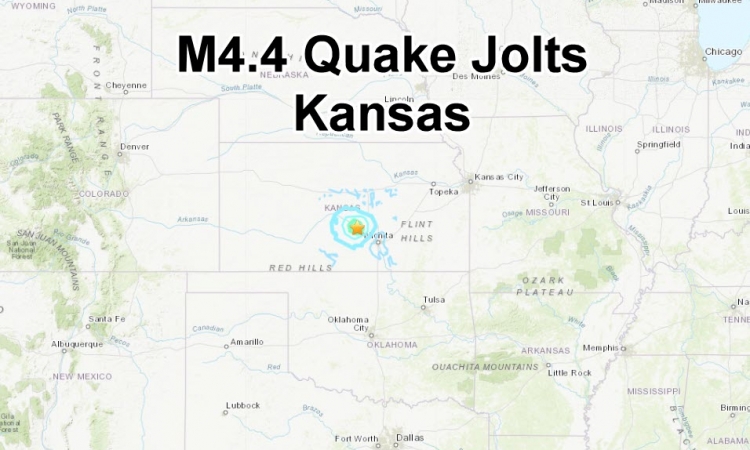 The U.S. Geological Survey (USGS) is reporting that a Magnitude 4.4 earthquake has struck near Hutchinson, Kansas.   The quake took place at 2:08 PM Eastern US time at a very shallow depth of only 4.6km.

Reports are coming in that Iranian naval forces have SEIZED three (3) oil tankers belonging to Kuwait, in the Persian Gulf.   Iran reportedly claims the tankers strayed into Iranian Territorial waters without authorization.

Clearly the folks whose misbehavior begot the Holocaust, learned nothing about the very misbehavior that begot that slaughter.  They're still at it, worse than ever.

Among the names of those engaged in an absolute onslaught against President Trump, are names such as Schiff, Nadler, Feinstein, Schumer, Reiner, Behar, and now: Noah Berlatsky.   See any pattern yet? 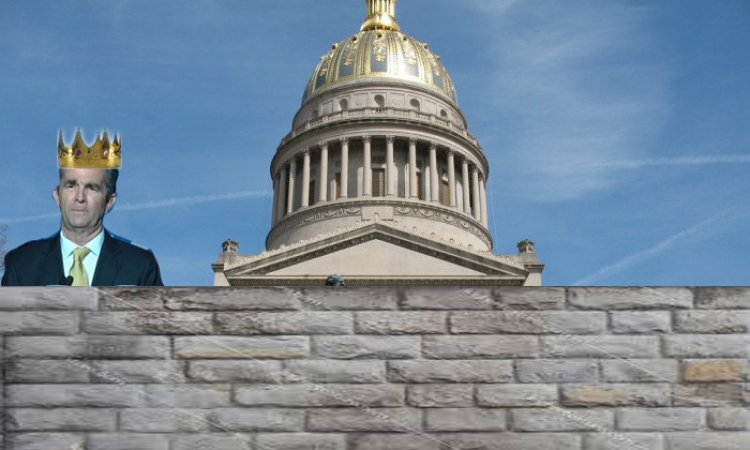 Will Civil War Explode in Virginia this Monday? It looks that way!

Richmond, Virginia is shaping up to explode into actual Civil War this coming Monday, Jan. 20, 2020. 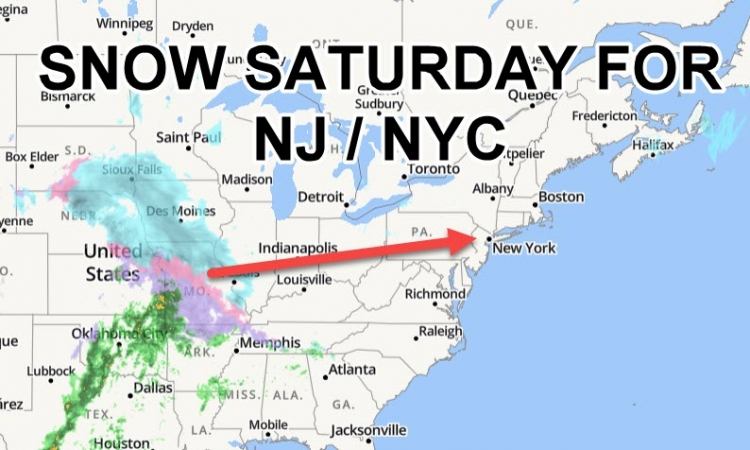 A winter storm is making its way north and east from the heartland, heading to us here in the New Jersey and New York City area, arriving Saturday morning.  Plowable snow amounts of two-to-four inches are forecast.  Get the bread and milk!

At about 1:00 AM eastern US time Thursday, the Iranian military made an attack into neighboring Iraq, seizing the vital, oil-producing, Majnoon Island near Basra, Iraq.

At about 7:30 last night, I apparently suffered what Doctors call a Transient Ischemic Attack (TIA).  In common parlance, it is referred to as a "mini-stroke." 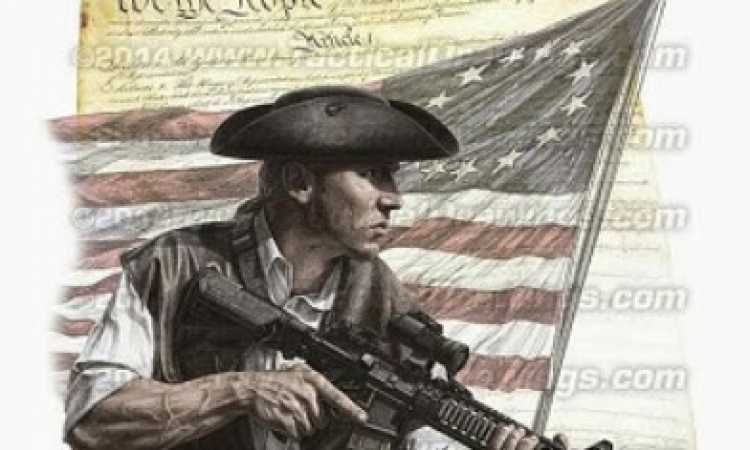 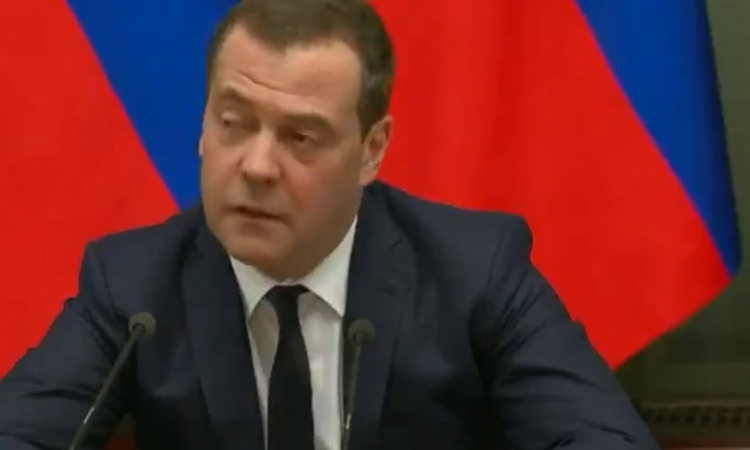 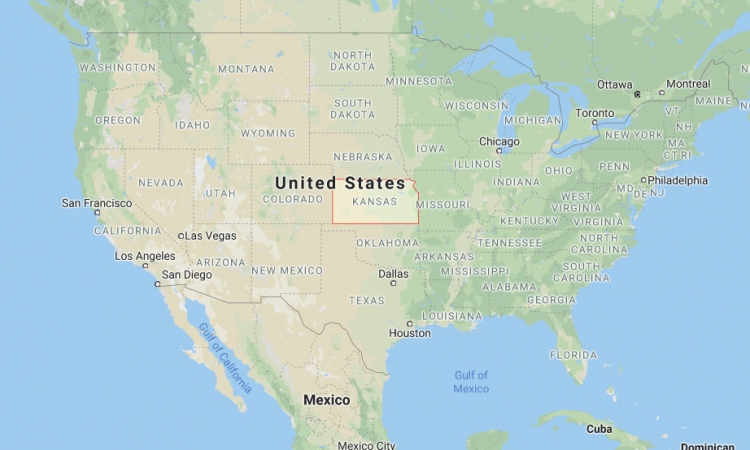 Something absolutely dire is going on and it is being kept very tightly under wraps by the federal government.  Today, the Speaker of the Assembly in Kansas cancelled all activities of the Legislative body and directed all state legislators to board national Guard buses for a DHS Briefing on a military base! 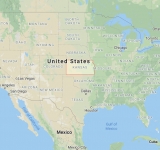 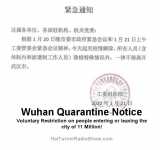 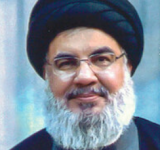 Here We Go: Hezbollah Leader Orders "Operations" To Begin Against US Military 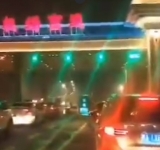 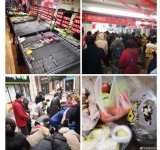 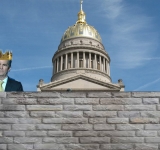 Will Civil War Explode in Virginia this Monday? It looks that way!