A 5-year-old boy who was seriously injured when he was thrown from a third-floor balcony by a sub-human Somali immigrant savage, at the Mall of America near Minneapolis, has reportedly died.

According to now numerous reports on social media, the boy succumbed this afternoon.  I have NOT been able to verify this report NOR have I spoken with anyone who is able to refute it.  While I earnestly HOPE the boy remains alive, I am going with this story because there is so much social media about it.

This angers me! The little 5 year old boy who was viciously thrown out of the third floor of the mall in Minnesota has died! The MSM @CNN @MSNBC will not report that he is Somali Muslim! Is this the kind of sick evil people we want coming in our country @realDonaldTrump? NO WAY!

I can now confirm the boy is STILL ALIVE (Thank God!) but continues to fight for his life; I'm praying for his recovery.

Friends of the family had started a crowdfunding effort to help with medical bills. The GoFundMe campaign had raised nearly $400,000 as of Sunday morning.

Children's Hospital Minneapolis had no information to release.

Bloomington Police Chief Potts said during a news conference that the boy fell nearly 40 feet after a man who apparently didn't know the boy or his family threw him off the balcony Friday. Authorities haven't released the boy's name.

Twenty-four-year-old Emmanuel Deshawn Aranda, of Minneapolis, is jailed on a suspicion of attempted homicide charge. Jail records don't list an attorney for him. He could be formally charged as early as Monday. Chief Potts credited bystanders and mall security for his quick capture. 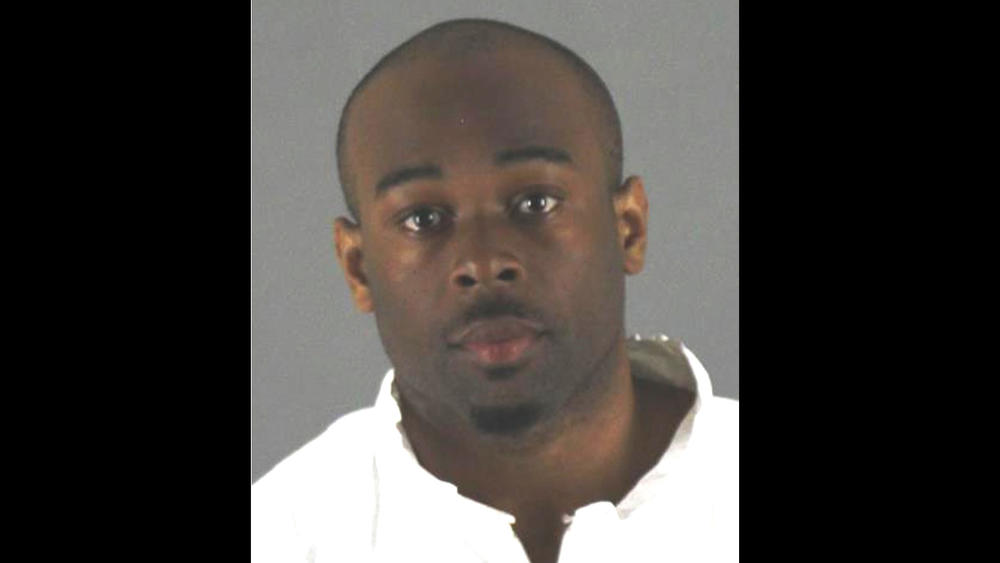 "This is a horrific situation," Potts said.

Potts said investigators don't believe Aranda knew the boy's family and do not have a motive.

A witness, Brian Johnson, told WCCO-TV on Friday that he heard a woman scream that her child had been thrown from the balcony. He said she was screaming, "Everybody pray, everybody pray. Oh my God, my baby, someone threw him over the edge."

Court records show that Aranda has a history of convictions for misdemeanor offense. He was charged in two previous incidents at the mall in 2015. Potts said some of those cases were handled through mental health court, but he didn't elaborate. At one point, Aranda had a trespass notice banning him from the mall, but it was no longer in effect, Potts said.

Jail records don't list an attorney for Aranda. Potts said he expects to submit the case to Hennepin County prosecutors for charges by noon on Monday.

The 4.2-million-square-foot Mall of America is in Bloomington, about 10 miles south of Minneapolis. It opened in 1992, has more than 520 stores and is visited by 40 million visitors annually, according to its website.

This is what happens when you allow sub-human beasts, into our advanced civilization. Oh, did me calling this thing what it actually is, hurt your sensibilities?  Too bad. I'm just keeping things real here.

In my view, it is long overdue that someone in media stand up and say what's-what with the third-world human garbage being allowed into our nation. A lot of these "immigrants" ruin everything they touch; they've wrecked entire neighborhoods in many of our cities; turning those neighborhoods into little replicas of the cesspools they fled.

Many of these people (but not all) are too uncivilized to assimilate.  They are too downright stupid to grasp the concept of civilization and there's no cure for stupid.

This Somali, like so many of his kind, seems little more than a feral animal.

The biggest mistake was letting him wear people clothes.  When he dressed like a person, others mistook him for a person and let him go places and do things his retarded-level intellect could not handle.

The typical Somali has an IQ of less than 78.  On the Intelligence Quotient scale, that qualifies as "Retarded."  Here, look:

Yet the bleeding hearts, Liberals, and Progressives, demand we accept such creatures into our nation, and treat them with dignity and respect when clearly they have no conception of what it means to be civilized.

Beings like this should be kept OUT of our nation because they're little more than wild animals.

His behavior proved it.

Now, an innocent boy is reportedly dead because this immigrant beast picked him up and threw him without warning or reason, off the third floor balcony of a shopping mall.   All because left-wing Liberals wanted to feel good about themselves by taking-in this beast.

Or is this commentary going to be a case where what I SAY is somehow worse than what he DID?

If you enjoy this type of brutally blunt commentary, this web site, and/or the radio show, please help with a Donation of a couple bucks right now.  Click Here