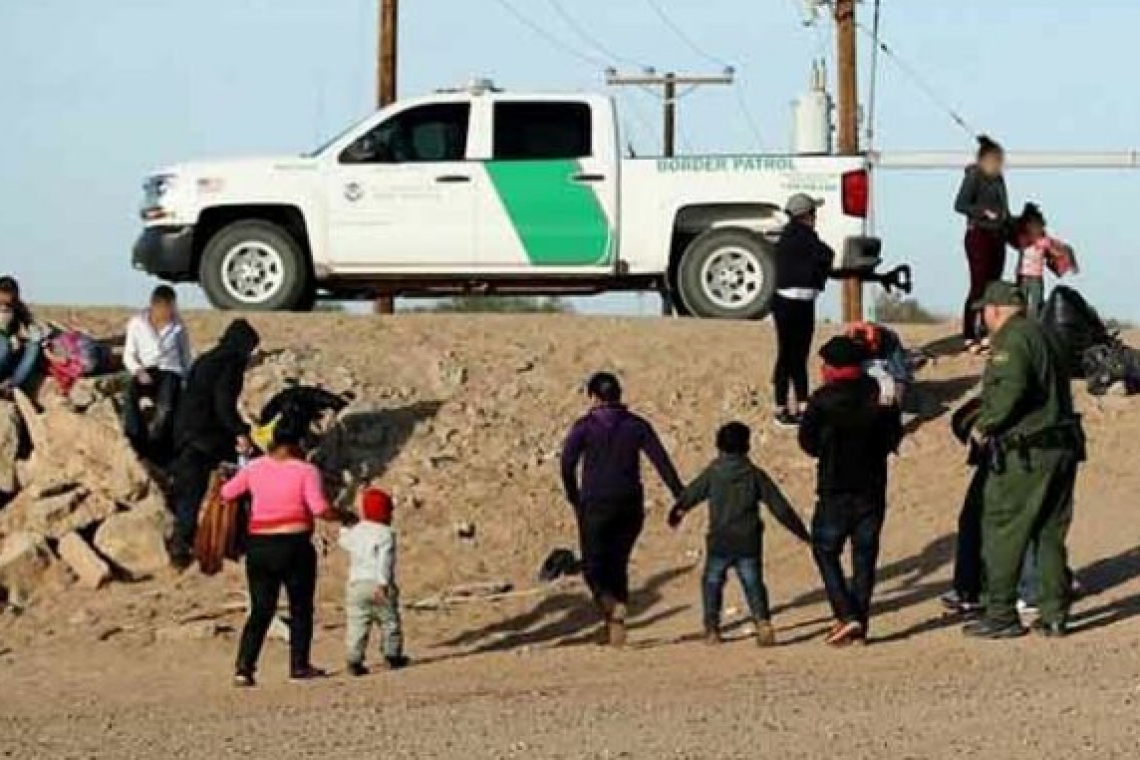 A Honduran migrant admitted to purchasing a baby for $80 in Guatemala after finding out - FROM AN AMERICAN ATTORNEY SUPPLIED TO "MIGRANTS" BY LEFT_WING DEMOCRAT GROUPS -- that it was easier for family units to apply for asylum at the United States border.

Amilcar Guiza-Reyes, 51, confessed to immigration agents when he presented himself at the border with the six-month-old boy and was told he would be required to undergo a DNA test.

According to U.S. officials, the undocumented immigrant, Guiza-Reyes  reportedly bought the child during his stop in the western Guatemalan town of Huehuetenango and continued his journey through Mexico before reaching the southern U.S. border where he was detained May 7.

The case is one of thousands which officials flagged as fraudulent in recent weeks.

The child,  whose name was withheld for privacy reasons, was transferred to the custody of the Department of Health and Human Services for placement.

The department of Homeland Security has dispatched 400 agents to interview families that are suspected of handing over fraudulent documents. Agents have identified 5,500 fraudulent families - about 15 percent of all cases referred - over the last eight weeks.

During a July 18 hearing with the House Oversight Committee, the acting Homeland Security Secretary Kevin McAleenan said that agents discovered that migrants were also renting and kidnapping children in order to persuade immigration officials of their familial ties.

'That tells me that we might be scratching the surface of this problem and the number of children being put at risk might be even higher,' Kevin McAleenan said.

The interim HSI head said asylum seekers were using the minors as pawns in their bid to be admitted into the United States.

'Everybody knows that if they bring a child, they'll be allowed to stay in the United States,' McAleenan added.

'They call it a 'passport for migration.' I heard that directly from a gentleman from Huehuetenango, the westernmost province of Guatemala.'

The HSI acting chief said investigators uncovered 921 false documents and at least 615 people were charged with trafficking or smuggling children.

'We’ve seen all manner of smuggling organizations communicating to potential customers and to those crossing the border how to bring a child with them to be allowed to stay in the United States. They’ve been active in advertising, literally on Facebook and on the radio in Central America,' McAleenan said.

In February, Guatemalan migrant Maynor Velásquez Molina told U.S. border officials at the border crossing in Lukeville, Arionza, that he too purchased an eight-year-old boy from a family for only $130 because he was told it was easier to be admitted. He also paid an additional $130 for a fake birth certificate.

In July, Mexican authorities warned refugee mothers about men seeking to buy migrant children to improve their chances of asylum at the United States border.

Officials have grown concerned after men from 'Central America or Haiti' were seen approaching mothers - especially those deemed vulnerable - at the Iglesia Evangelica Embajadores de Jesus shelter in Tijuana offering them $350 to purchase a child to cross into the U.S.

McAleenan also told the House Oversight Committee that more than 300,000 children have crossed the Mexico-United States border since October, 2018.

The majority of the children came to the U.S. as part of family units.

However, at least 67,000 entered the country unaccompanied.

McAleenan said data showed that family units spiked by 469 percent from the first nine months of fiscal year 2018 compared with the same period in fiscal year 2019.

Most troubling about these 5500 fraudulent families is that AMERICAN ATTORNEYS have been implicated in the scam.   Very many of the people caught, have identified a number of US Lawyers who coached them into creating a phony family to get into the USA.  EVERY SINGLE LAWYER allegedly involved, was hired by US Immigration groups to provide "legal assistance" to "migrants."

Said one Homeland Security Investigator, "These lawyers are engaging in a criminal conspiracy to commit fraud to aid and abet illegal immigration.  We're working with the US Attorney to bring criminal cases against these lawyers and lock them up; because when other lawyers watch their legal pals carted off to prison, this problem will solve itself."