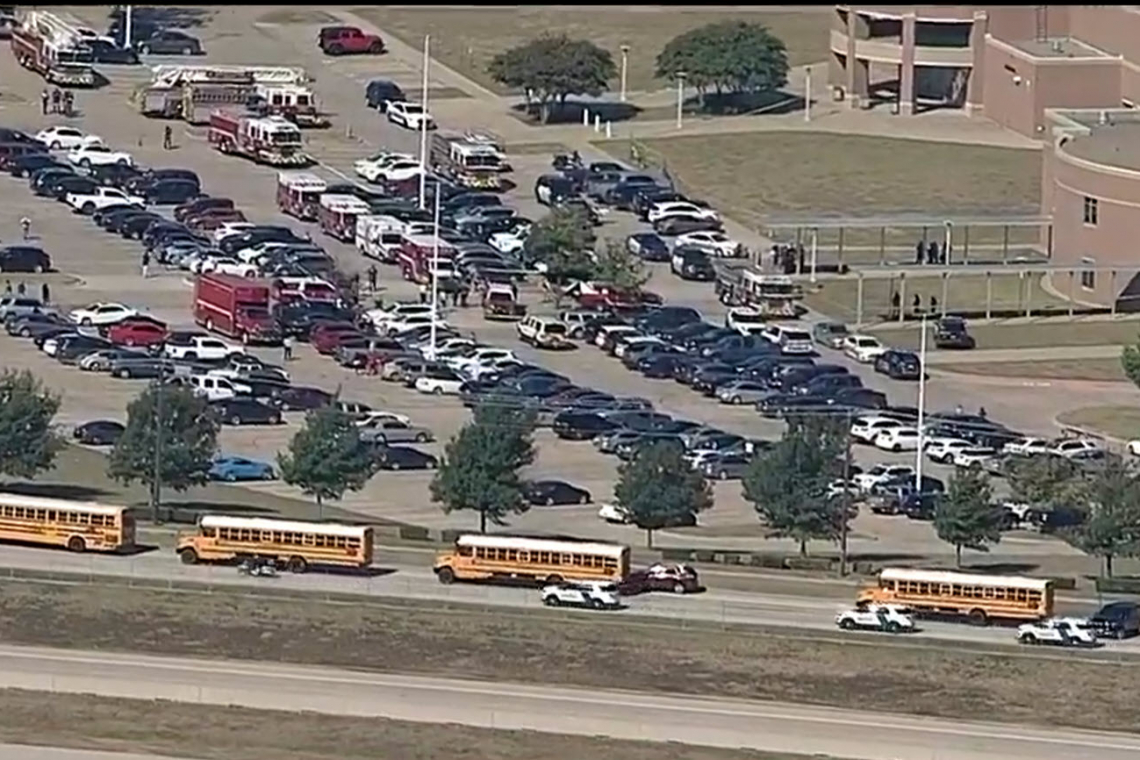 There are reports of an active shooter situation at a North Texas high school.

A person with a weapon is believed to be on the campus of Timberview High School, in the 7000 block of South Watson Road in Arlington, TX. The school is in the Mansfield Independent School District.

From the local police:

We are on scene at a shooting at Timberview High School. We are doing a methodical search and working closely with @ATFHQ @mansfieldisd Police, @MansfieldPDTX @GrandPrairiePD and other agencies. We will be announcing a parent staging location soon once the location is identified pic.twitter.com/R08TuHPMHh

Student video from inside the school seems to provide audio from the moment the shooting began and panic sets-in:

There are now reports there are "multiple victims."

Police have just reported ALL CLEAR saying "There is no longer a threat."

Police are now on the scene of an POTENTIAL (Alleged) suspect's house in the 8000 block of Collins avenue.  Television is showing the house below: