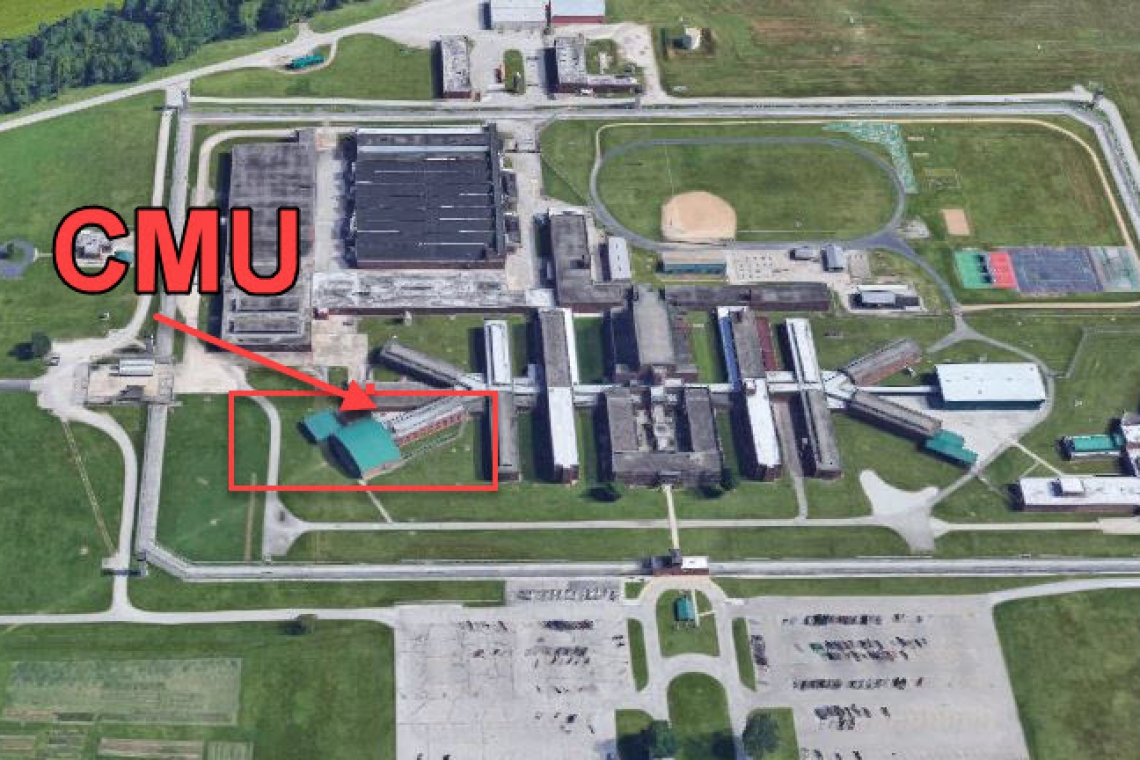 An American citizen, a prisoner at the Federal Correctional Institution (FCI) in Terre Hate, Indiana, has been murdered by Muslims inside the "most-secure" unit in the entire federal system; the Communications Management Unit (CMU).   The victim was decapitated.

Robert David Neal, 68, of Texas, was attacked and killed inside the CMU, allegedly by a Muslim, Rodney Hamrick.

We know the murder occurred in November and we believe it occurred on Friday, November 10th, 2018. -- over a year ago! There has been little to no information released by the prison or the press on this murder. Below is a listing of what we do know:

There are several prisoners inside Terre Haute that were either eye-witness to the murder or have knowledge of the murder. The prisoners that we do know about are:

Walter Bond – A popular animal rights and veganism activists.  Walter Bond has reported on the murder of Robert David Neal in letters to his outside supporters. Walter’s website is supportwalter.org.

Letters began trickling outside of the prison from these men and this is what we have learned so far from these letters:

– The FBI working with the Bureau of Prisons (BOP) and warden JR Bell are covering up the Murder of Robert David Neal.  Prisoners in the Unit have allegedly been thrown into Solitary Confinement for trying to get word of this murder out to the public.

– The alleged murderer has been identified as Rodney Hamrick (possibly Rodney Curtis Hamrick) who was previously in the US Army and identified as Muslim at the time of the beheading.

– During the attack another man, reportedly Kurt Johnson, was stabbed repeatedly and almost killed trying to stop the murder.

The CMU is the "most secure" federal prison unit in the country.  It has tougher restrictions in many ways than SUPERMAX.  For instance, in the CMU, there are not only surveillance cameras every fifteen to twenty feet, there are also highly sensitive audio microphones - inside and outside -- to record prisoner conversations!

The only place where there are no cameras is inside a prisoner cell.  But the cameras and microphones outside in the hallways can see who went into each cell, who came out, and the mics can hear EVERYTHING.

Prisoners in most federal prisons are allowed 300 minutes of telephone time per month at their own expense.  But in the CMU, prisoners are only allowed two phone calls - 15 minutes each - per week!  Worse, the CMU prisoners must sign-up a WEEK IN ADVANCE to make those calls, listing the number they will call, who they will talk to and what language they will speak!  Those calls are all LIVE-MONITORED and can be cut off by the prison if the prisoner says anything the prison doesn't like.

Prisoners in most federal prisons are allowed 32 hours per month visitor time, where they can sit with, hug or hold their visitors.  In the CMU, prisoners are only allowed EIGHT hours per month, and those visitors are physically separated by plexiglass.  Communication is done by intercom phone which is recorded.

No prisoner in the CMU can even enter another prisoner's cell and if two or more prisoners are found to be in a cell, they are given a Disciplinary "Shot" for an "unauthorized meeting or gathering."  That Disciplinary shot causes a reduction in liberties for a period of punishment.

It is impossible for a murder of this type to have taken place anywhere but inside a cell and even then, multiple video cameras would have recorded the perpetrator going into and coming out of the cell.  Multiple microphones would have picked up the screams which clearly MUST have occurred as such a killing was in progress.

There are two Guard locations in the unit: One at the rear and another toward the front.  They are manned 24/7.   There is no possible way that the guards in at least one of those locations could NOT have heard the screams during this murder.

This is the exact same prison unit where Radio Host Hal Turner was imprisoned over his EDITORIAL about a Gun Control Decision issued by a federal court.   Not merely the same prison, but the EXACT same UNIT!   Hal Turner knew the victim!

In Turner's EDITORIAL, he opined that the federal judges who upheld Chicago's ban on the private ownership of handguns, were "Traitors to the Constitution."   Turner went on to point out that the judges violated the Second Amendment, violated the Supremacy Claus of the Constitution and violated a US Supreme Court precedent "Heller" decision which found bans on gun ownership to violate the Second Amendment.

Turner's lengthy EDITORIAL went on to say that "Thomas Jefferson, one of our Founding Fathers, told us what we should do with such men.  In his famous "Tree of Liberty" letter, Jefferson wrote "The tree of liberty must be replenished from time to time, with the blood of tyrants and patriots."   He continued by writing "Let me be the first to say this plainly, these judges deserve to be killed.  Their blood would replenish the tree of liberty; a small price to pay to assure freedom for millions."

The US Attorney in Chicago claimed that saying the judges "DESERVE" to be killed was a "threat to assault and murder three United States Judges."  Turner argued that saying a person DESERVES something is an OPINION, not a threat.

The feds arrested Turner, put him on trial THREE TIMES - two hung juries - and ultimately drove him into Bankruptcy where he could no longer afford his lawyers.   At that point, Turner was given a public defender who blew the THIRD trial so badly, Turner was convicted.

He was sentenced to 33 months in prison and served part of that time in the CMU at Terre Haute.

"Dave Neal was a mild mannered, soft-spoken man who wouldn't hurt a fly" said Turner.  "He was about ten or eleven years older than me, with a Texas drawl.  Always friendly.  Never aggressive."

How a prisoner could behead - or even TRY to behead - another is impossible to understand.   Prisoners generally cannot get any tool or device capable of doing such a thing.  HOWEVER, it is possible for a prisoner to be given a paint scraper to scrape peeling paint off his cell walls for repainting.   That scraper must be scrupulously possessed and immediately returned to the guards.

That is the only "tool" that Turner said he can imagine being used for such an attack.

Here we are reporting this story a year AFTER the murder and as of this report, there is presently no court Docket in the federal PACER.gov system, charging Rodney Hamrick with murder.

Additional follow-up will be done this week and updates added to this story.