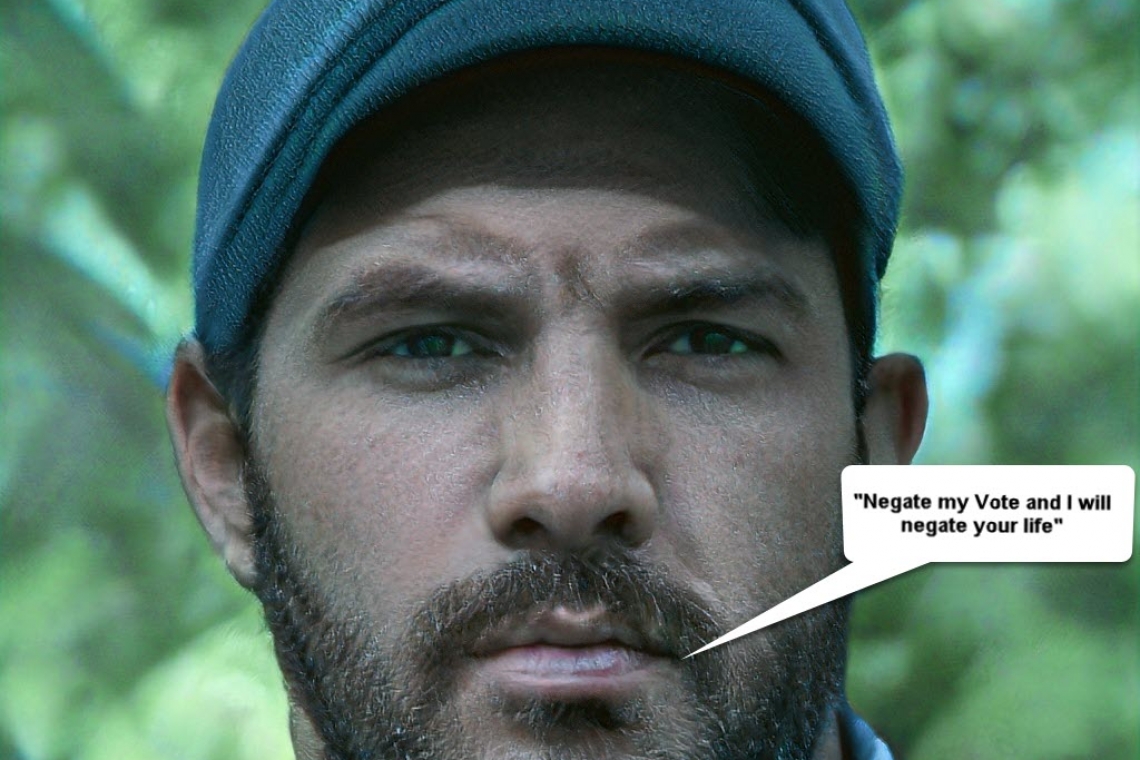 Average Americans have had enough of their public servant members of Congress trying to Impeach President Trump without there being any "high crimes and misdemeanors" and some of those Americans say expect assassinations when the Impeachment vote takes place!

This man, told the Hal Turner Radio Show he will take "Second Amendment action" against what he calls "tyranny" if Congress tries to remove his President without legitimate legal cause. 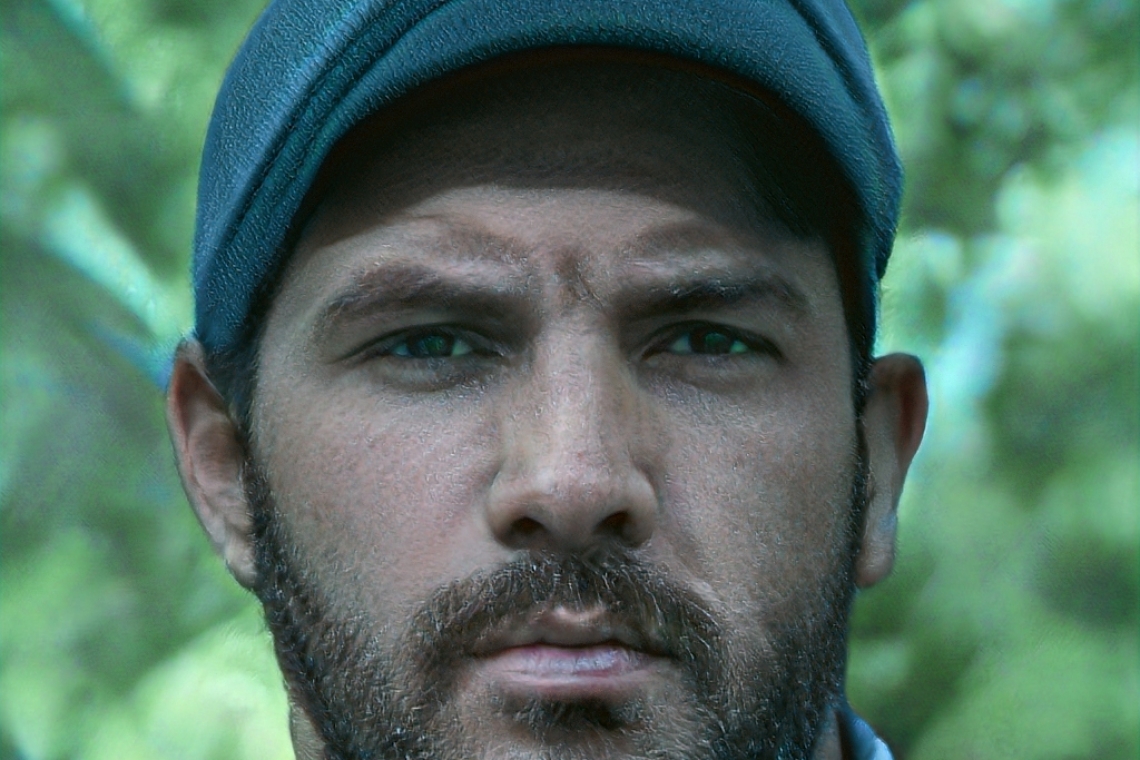 "These Congressmen are trying to invalidate the votes of 62 million Americans like me.  We voted for Donald Trump because we want exactly what he has been doing in office: Halt illegal immigration. End our involvement in wars all over the planet. Get better trade deals to bring back the Middle Class, and get rid of the rampant corruption that turned Washington, DC into a swamp.

If Congress removes this man, then we have no freedom; we have only the illusion of freedom.  What good is voting if Congress can merely throw out who we vote for?   I think an invalid Impeachment of our President would be the exact type of tyranny our Founding Fathers gave us the Second Amendment to confront and I am committed to doing so.  If they negate my vote, I will negate their lives." he said. 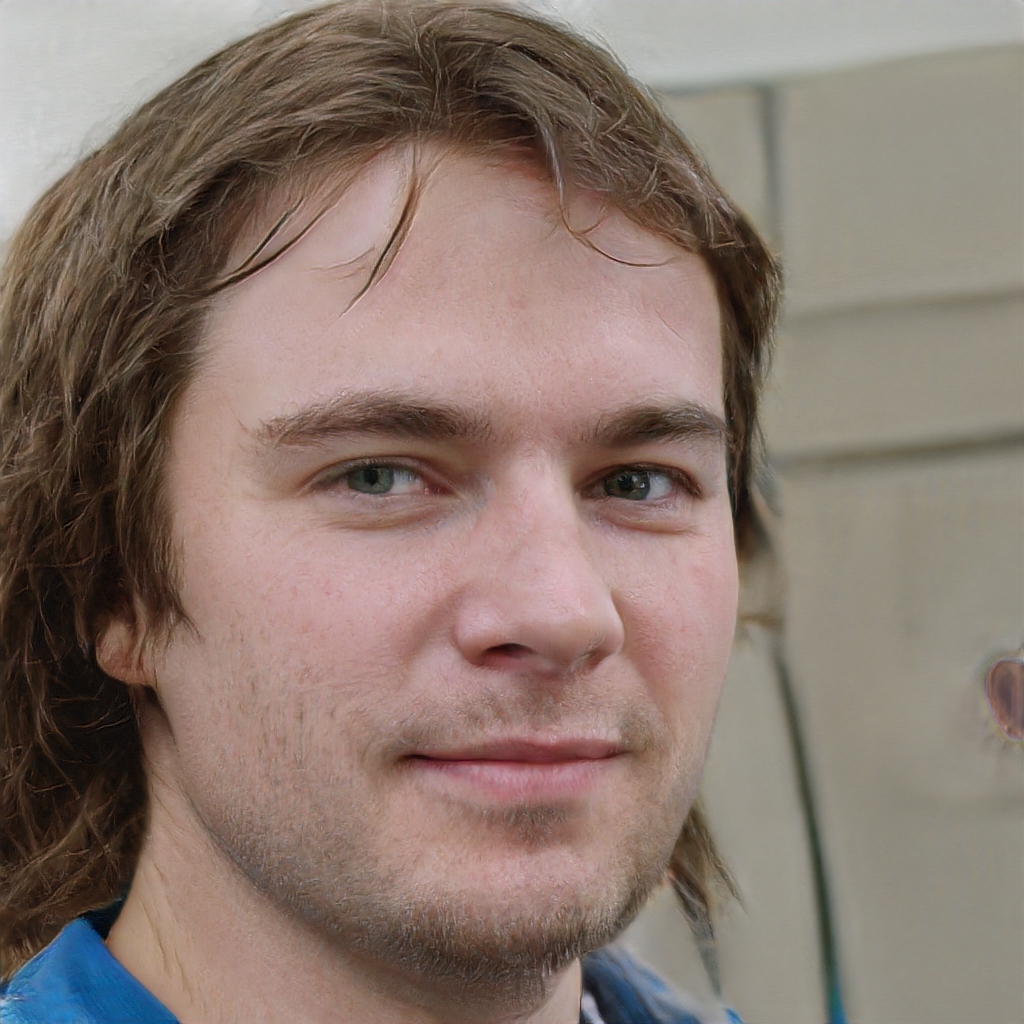 This man said "Certain members of Congress think everyone out here in the heartland are like their urban Welfare Queens.  Well, a lot of us working folks are not on the public dole dependent on their free money.  Some of us are self-reliant Patriots and we will not sit-by and do nothing while these people run roughshod over our freely-cast vote."

Asked what he means by "will not sit-by and do nothing" he replied:

"A number of Congressmen eat in the restaurant where I  am a Waiter.  I can walk up to a couple of them as they eat and stick an ice pick in their eye . . . or in their skull."

This woman had similar thoughts. 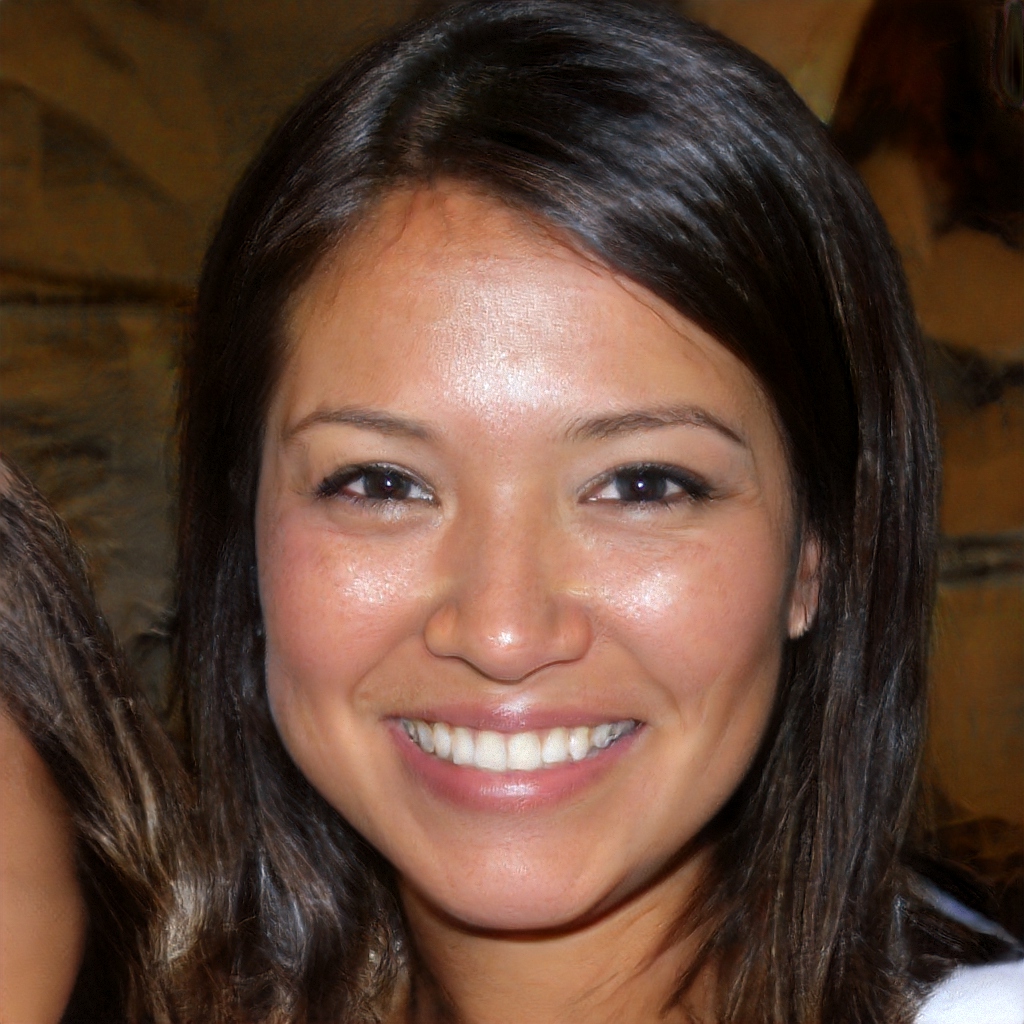 She says she grew up in Cambodia and her parents lived through the Khmer Rouge Communists who slaughtered everyone they perceived as being any kind of political threat.  "What's taking place here in America right now is a Communist uprising" she said.

"My parents confirm this to me - they've seen it before with their own eyes and they are frightened it's happening again.  My father told me how these Communists will not hesitate to kill their enemies and they have to be stopped now before they get real power, or else millions will be killed.  If I have to give my life to take out these enemies of freedom, then so be it.   Better to die on my feet than live on my knees" she added.

This man put it bluntly, in a way that only an African American really can. 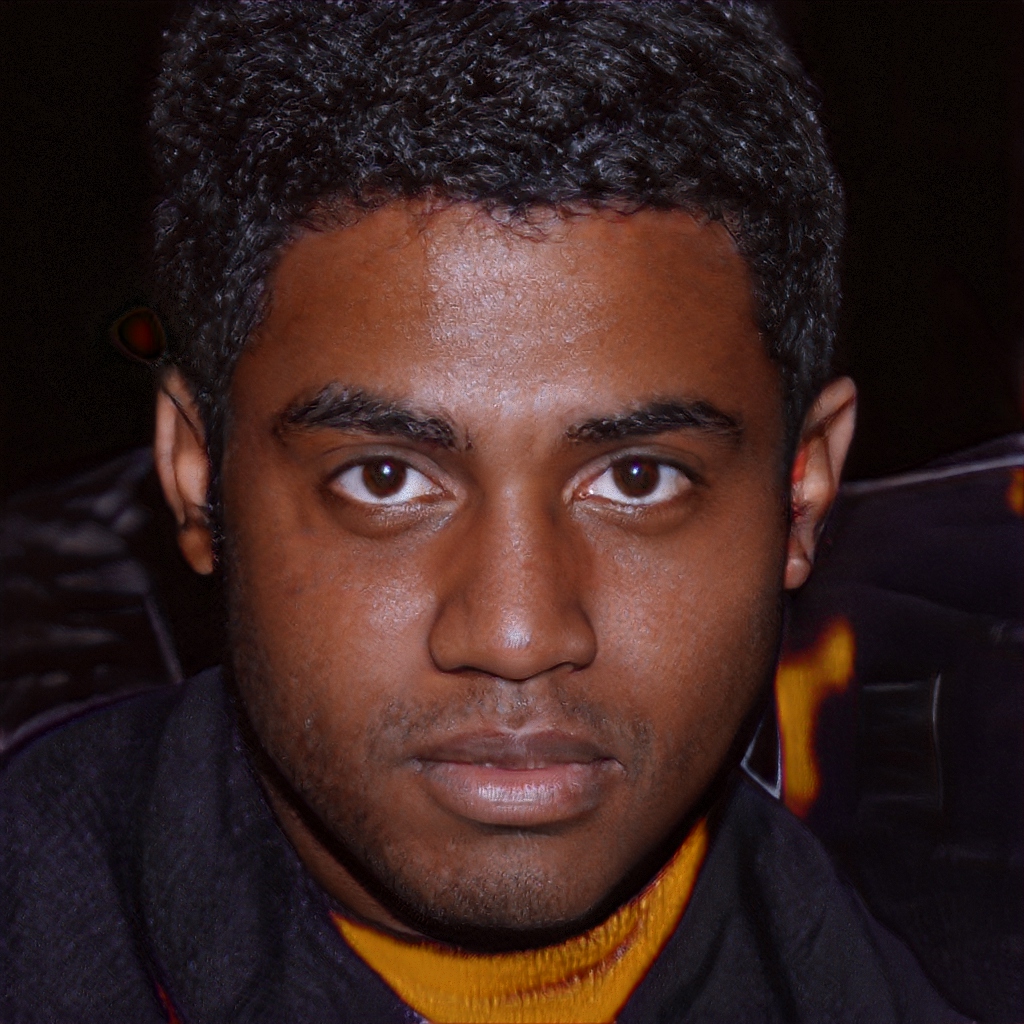 He told us "The Democrats have taken Black people for granted for 100 years.  They promised us things would get better if we voted for them, or they passed out free ham, free chicken and free turkey around election time to buy our votes.  Well, they got our votes, and we got nothing.  What we got was worse neighborhoods.  Worse crime.  Fewer jobs.  It's all been lies from them for decades.  We're tired of their lies.  Tired of the crime, the drugs, the hopelessness they've created."

His friend from India chimed-in 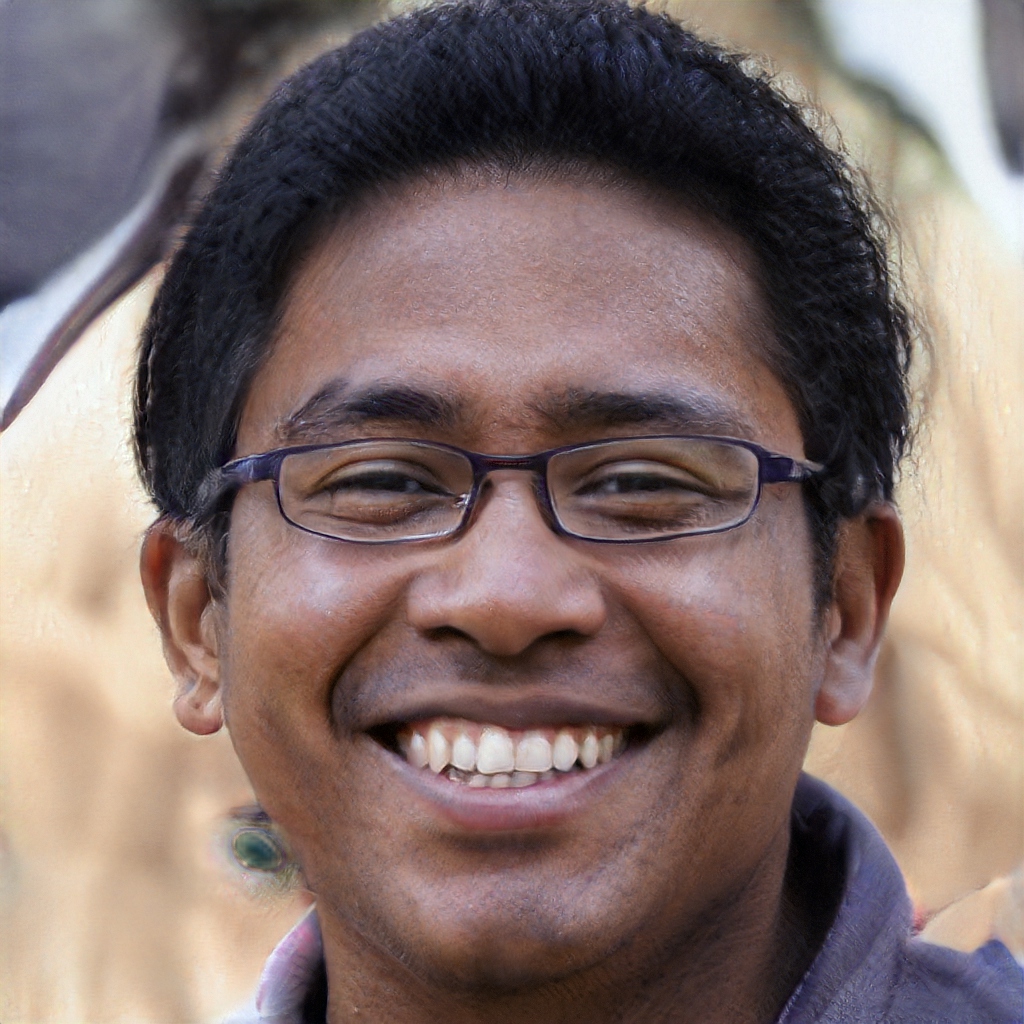 He told us   "They know with Trump, they've lost most of the Black vote.  And Indians like me from the sub-continent see what these Democrats are trying to do here in America.  No American of India heritage will vote for them.  Trump is bringing jobs back, bringing hope back.  Now they want to get rid of him?   No!   We'll get rid of them by means that are just as illegitimate as what they're doing to Trump.  Die mother fuckers!" he said.

This guy is really in-the-thick of it.   He infiltrated ANTIFA and regularly attends their meetings. 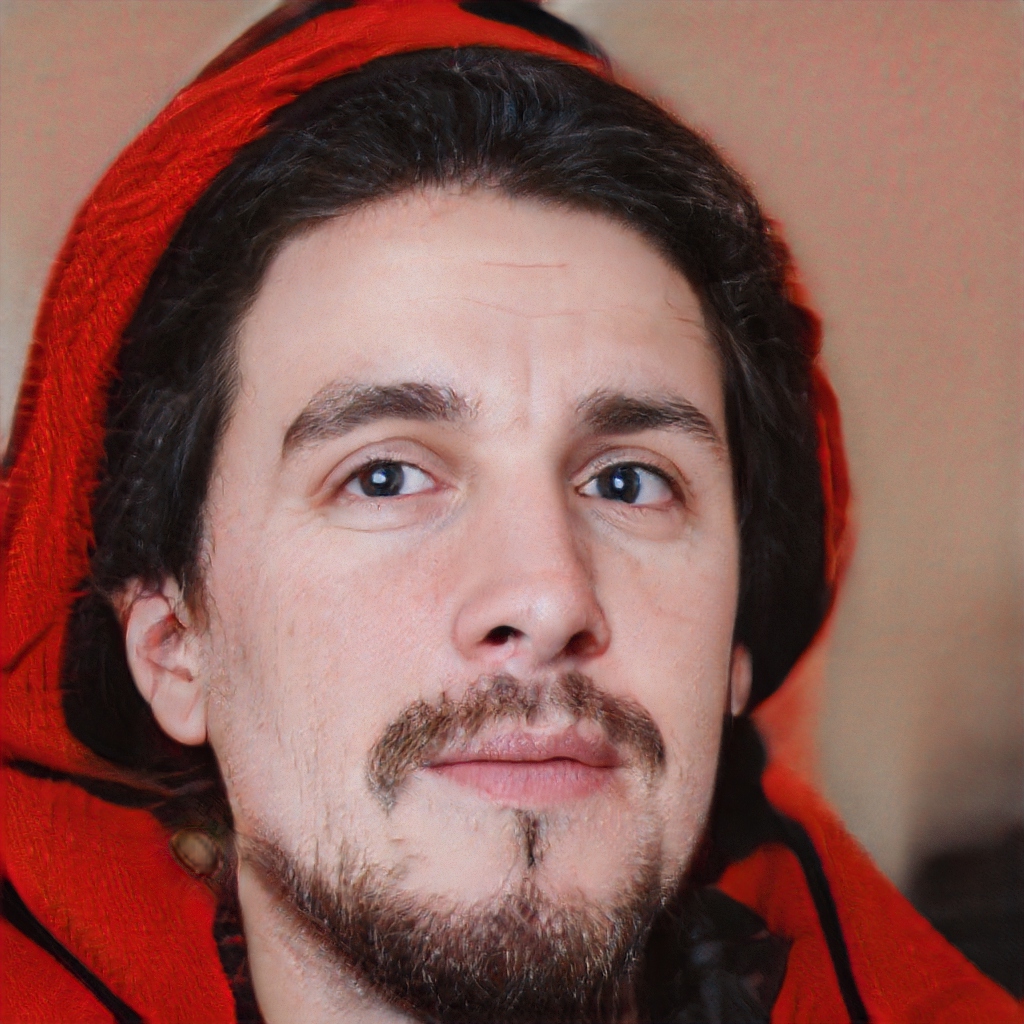 He told us "ANTIFA is a Communist insurgency, make no mistake about it.  They want to forcibly overthrow the American way of life.  Sure, they talk about injustice and equality and hate, but those are all fronts: They want a Communist America and they plan to impose it by force.  They openly say so in their meetings.  They have plans to slaughter people.   They don't know that people like me have plans of our own -- for THEM!"

He went on to say "ANTIFA is linked directly with the so-called "Democratic Socialists (DS)."  They're joined together at the hip.   The DS helps fund ANTIFA and tells ANTIFA where to protest, who to attack.  It's all coordinated.  And the DS are worse than ANTIFA because they've actually made inroads into Congress.  Members of Congress now call themselves Democrat Socialists.  But as Lenin said, the goal of Socialism is Communism.  So these DS people are already in-power and working from the inside of our own government to subvert our way of life.  They have to go.  ALL OF THEM!" he said.

Dozens and dozens of other, average Americans, have expressed similar views and have also said if Impeachment takes place, THAT will be the "trigger" for them.

For instance, this man 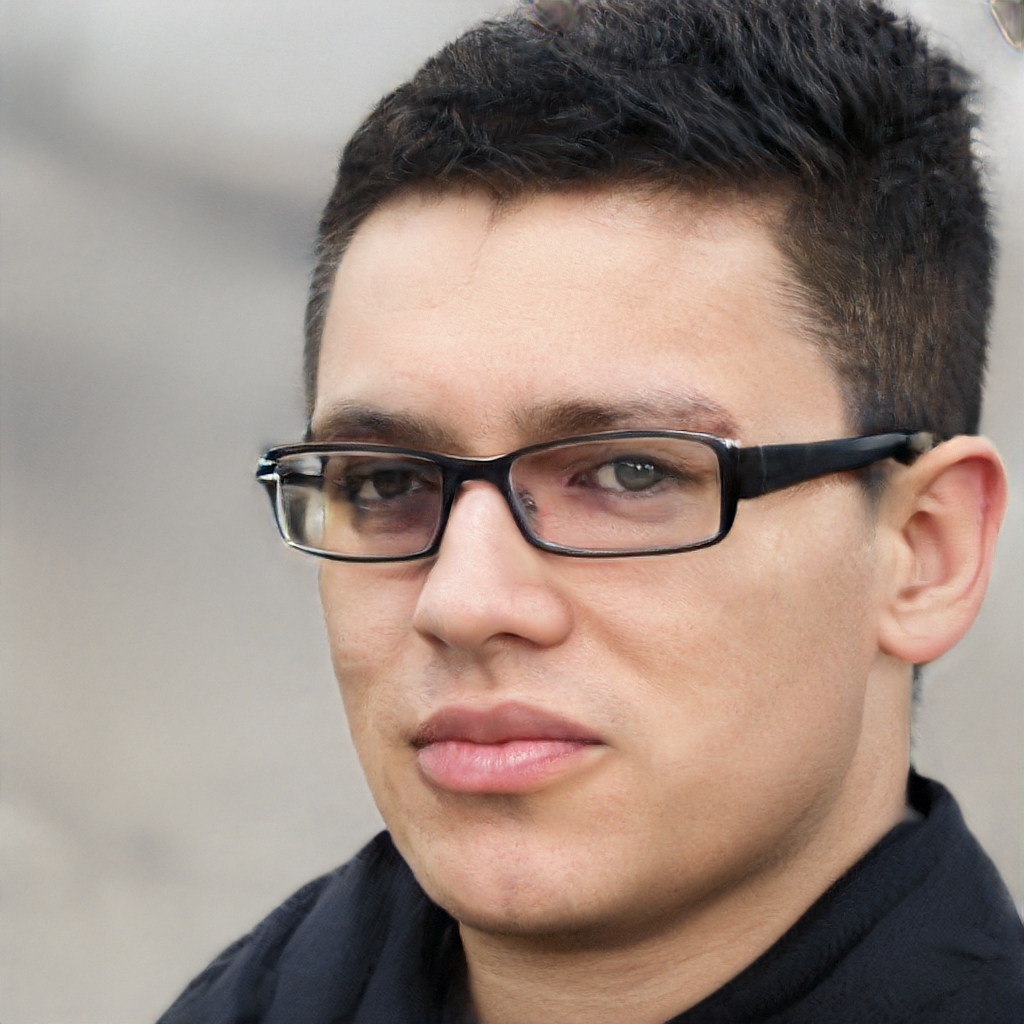 told us "I am ready to die defending America.  Are you ready to die trying to take America away from me?  Because that's what you face: DEATH!"

And this man chillingly told us 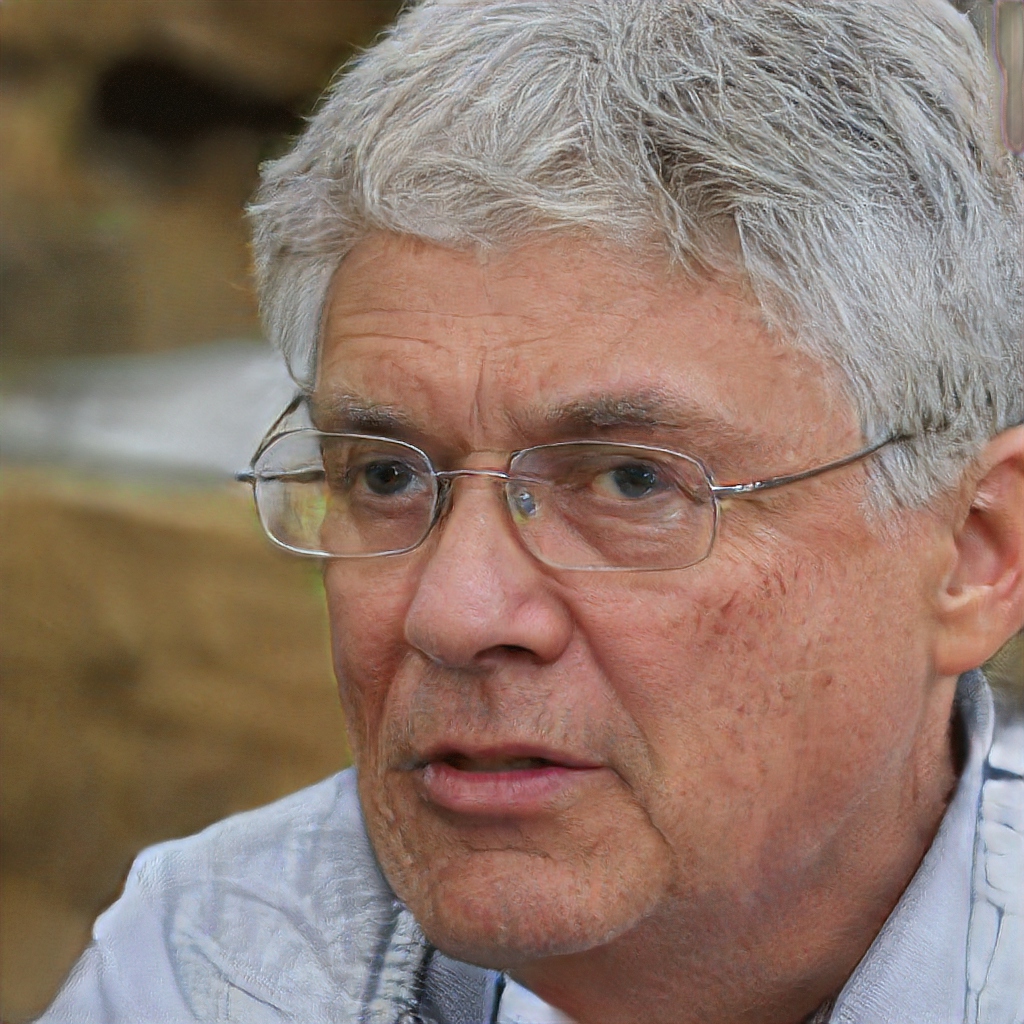 "Chey Tac 408.   Can hit a target from a mile away.   Bullet is supersonic, so they won't even know they've been shot at until the bullet already hit!  Go ahead - impeach my President under false pretenses -- see what happens."

He went on to say "When I enlisted in the US military, I swore an oath to protect the Constitution from all enemies, foreign and domestic.  My service to my country may be over for a long time, but my Oath remains.

The people engaging in a Coup against our President are Domestic Enemies and I will defend my country against them."

To a man (or woman) the twenty or so people we spoke with all said if President Trump is illegitimately removed, the jig is up.  It's time to fight.  And, they say, they plan on doing so.   First.   By force.

This guy summed it up succinctly: 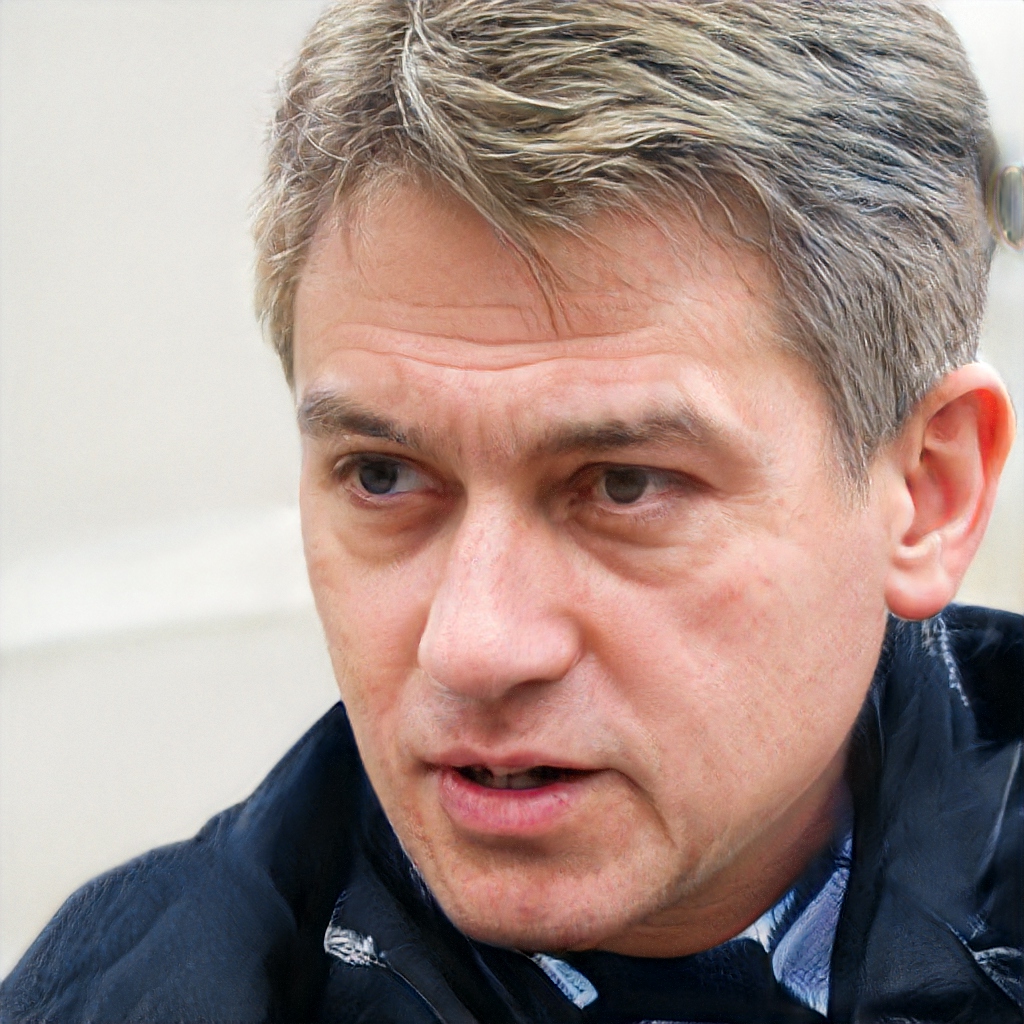 He told us "In this country, we have always had the vote to peacefully change power and policy.  If Congress impeaches the guy we vote for on false pretenses, then the vote is no longer a viable peaceful alternative.  Negating our vote would compel revolt."

If these people are representative of the real feelings running through a significant portion of the general public, then there could be real trouble coming.

Civil War actually now appears to be on the horizon.  Here.  In America.

God help us all.

We do not know the names of these people or where they live or where they work. We have no notes or other records connected with these interviews.  We did these interviews solely to report to the American people, the political feelings pulsing through the electorate.  Our sole intent is to convey a sense of how serious things have become in the country.

The Hal Turner Radio Show, it's Host, staff, and volunteers, renounce the use of force to effect political change. It is not our intent to threaten, harass, or intimidate anyone on this most-sensitive topic.  We have no plans or intentions to use force or violence against anyone, and neither should any of you.

We URGE people to NOT use force or violence, and to NOT engage in criminal acts or, God forbid, Civil War.

Gingrich in an interview with Hill.TV took issue with the way Democrats have handled the inquiry, questioning why much of it so far has been conducted behind closed doors and knocking Democrats for limiting members' access to transcripts.

“This is such a one-sided, dishonest and corrupt process that’s astonishing,” said Gingrich, who served as House Speaker in the 1990s and was a vocal advocate for President Clinton's impeachment.

The conservative figure accused Democrats of "holding secret hearings" without representation from the president's legal team and "with all the records being kept by the Democrats — the Republicans can’t take anything out of the room.”

Multiple House committees have conducted closed-door depositions with Trump administration officials as part of their inquiry, prompting outrage from the president and his Republican allies over what they view as a lack of transparency in the process.

A group of House Republicans led by Rep. Matt Gaetz (R-Fla.) on Wednesday barged into a secure hearing room in the Capitol basement and disrupted a closed-door testimony in protest of the handling of the inquiry.

The Republican lawmakers delayed the House deposition with Laura Cooper, a top Pentagon official who oversees U.S. policies towards Ukraine, by almost five hours as a result.

Gaetz defended the move following criticism, telling Fox News that Republicans had the "audacity to want to know what in the world is going on behind closed doors."

Meanwhile, Democrats have pointed out that, under House rules, closed-door depositions are limited to Republican and Democrats of the three committees leading the investigation, which include the Intelligence, Oversight and Reform, and Foreign Affairs.

Democrats have defended their handling of the impeachment probe so far.

Earlier this month, House Intelligence Committee Chairman Adam Schiff (D-Calif.) maintained that closed-door testimonies do not break with historic precedent, noting that special counsels in the Nixon and Clinton impeachments were investigated privately. He also stated that the House committees will eventually make transcripts related to the impeachment inquiry depositions public.

Today is October 25 and that leaves seven days until the Bills become payable to keep this web site and the radio show alive.  This month is particularly important because the show has now EXPANDED to 5 days a week, Monday-Friday 9-10 PM eastern US time.

It may be free for YOU  to read much of this site and tune-in to the streaming audio for the show, but it is not free for ME to put it all out here.   This is a "cloud-based" site and that means the Primary server sends data out to nineteen data centers worldwide to handle traffic.  The hosting company, Amazon Web Services, charges for "Bandwidth" which is the data sent to you to read this site or listen to the show.  I pay for that.