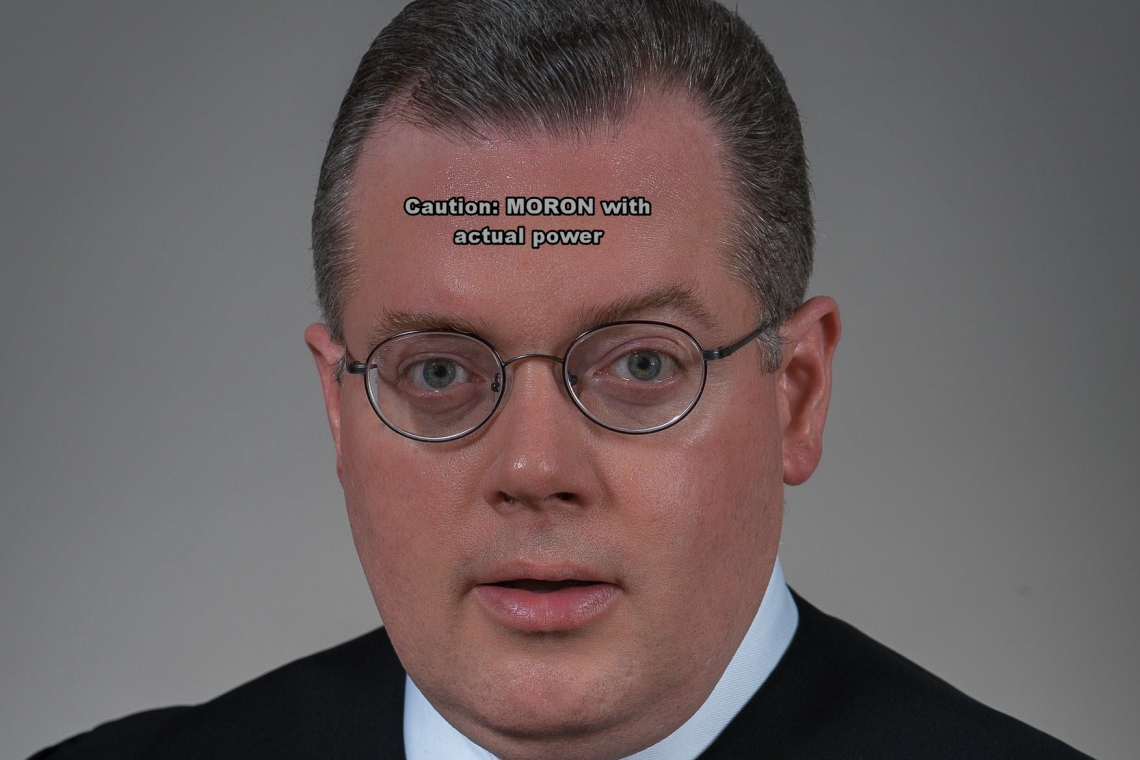 It is perhaps the most dangerous thing in the world to give a Moron, actual power.

When those morons use that power, the damage they cause society is sometimes irreversible.  Take, for example, United States District Court Judge Matthew Brann of the Middle District of Pennsylvania.

Your first clue as to whether or not this Judge is an actual Moron is who nominated him to be on the Bench: Barack Obama.   Right, the race-hustling, poverty pimp, Community organizer, from Chicago, originally named Barry Soetoro, who changed his name to Barack Hussein Obama.

As is now explicitly clear to most thinking people, Obama won election to the nation's highest office because the country felt bad about racism from 50 years ago and wanted to give a "po negro" a chance.

Matthew W. Brann is one of the idiocies we got thanks to giving the "po negro" a chance.   Turns out, birds of a feather really do flock together because it appears that Matthew Brann is as incompetent at his job in the Judiciary as Barack Obama was at his job in the Executive Branch!  Today is a fine example.

"Judge" Brann dismissed President Trump's lawsuit seeking to correct Election Fraud in the state of Pennsylvania, which took place during and after the November 3 election.

The long and short of it: According to Judge Brann, the Trump lawsuit has no merit and there is no evidence of vote fraud.

Here's a 20-something year old kid, probably working from his parents basement, who, in about ONE MINUTE, provides PROOF of how rampant and brazen the fraud actually was in Pennsylvania:

Ballots filled-out and returned by mail to the Government BEFORE they were mailed out to the voters . . . . thousands!

It goes on an on.

Yet, to United States District Court Judge Matthew Brann "there is no evidence . . ."

Is Judge Brann a moron?   Or is Judge Brann actually a petty, vindictive, politician, disguising himself as a Judge with a Black Robe?