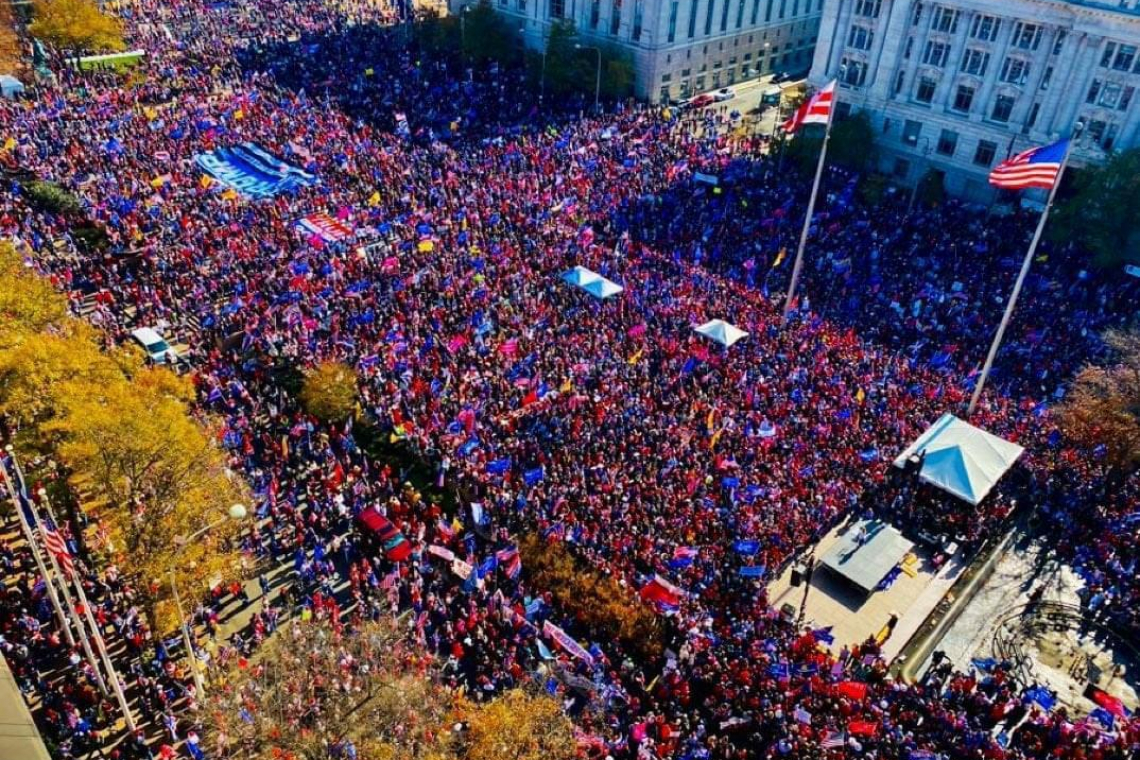 I have been reluctant to write this story because the subject matter gets me very upset.  It is, nonetheless, "news" and thus needs reporting.  My proposed solution for this, however, cannot be publicly expressed.

It began this afternoon __AFTER__ the Rally for Trump ended and attendees were peacefully departing to go home.  Many of them came under violent physical attack by urban savages.  Readers should make explicit note how these feral, sub-human beasts, ALWAYS attack from behind:

BLM-antifa thugs are running around and beating people on the streets in DC. Video by @VenturaReport: pic.twitter.com/GzV5HRN3So

Below, a man is brutally hit, knocking him out momentarily, while the filthy animals whose personal inferiority makes it impossible for them to achieve much of anything on their own,  steal his cell phone:

Graphic: A close-up angle of BLM rioters knocking a man unconscious who was leaving the #MillionMAGAMarch in DC earlier today. They also steal his phone when he’s on the ground. Video by @FromKalen. pic.twitter.com/cf7bnkpsCf

As afternoon turned into evening, the "urban youths" stepped-up their attacks, even on the elderly:

DC: BLM and Antifa threaten and intimidate an elderly Trump Supporter out of BLM Plaza

Unknown liquids can be seen being thrown on the elderly man, also attempts to hit him with an American flag pic.twitter.com/RU9hXGzmD2

And the street Urchins had vile, racist, rhetoric for Black Americans who dare to support our President, calling Black Trump supporters "Coons:"

Is this the “unity” @JoeBiden spoke of that the left is advocating for? pic.twitter.com/TpmtR9DebU

Even this hard-working Black American street merchant found himself and his street vending stand attacked:

Completely innocent and law abiding Americans are brought to tears by the violence of these animalistic beasts:

You can hear see and hear the female Trump Supporter cry in fear pic.twitter.com/No1QDp4KLd

This Trump supporter was MACED, his flag stolen, then they broke the flag pole over his head:

DC: Antifa and BLM physically assault a Trump Supporter by macing him and beating him over the head with a flag pole pic.twitter.com/FG63zpe7Tl

Here, the "Proud Boys" and ANTIFA square off; police very late to do anything:

BLM/Antifa & Proud Boys Brawl after they marched to Harry’s.

It took BLM/Antifa 3 streets to find an opening that wasn’t blocked by police. pic.twitter.com/nRHJHerOaR

Many MAGA (Make America Great Again) baseball caps were stolen from attendees, and those caps were BURNED.  Here, a man wearing body armor labelled "PRESS" is seen helping burn such baseball caps.  As a credentialed member of the Press myself, I find this particularly egregious.  If anyone can get me this person's Identity, it will be helpful:

Tonight, hotels in Washington, DC, where Trump rally attendees are staying and eating dinner, have come under attack:

There seems to be strategic attacks by Antifa on Trump Supporter occupied buildings pic.twitter.com/BxBOXnVfj3

Antifa and BLM members attack people who are eating dinner near BLM Plaza. They threw projectiles and a large firework. pic.twitter.com/w96nbZaJ8F

These are the people Kamala Harris supported all summer.

These are the people that were bailed out and told it was OK to use their HATE violently against others.

These are the people Maxine Waters told to get in the faces of people where ever you are.

These are the people who say they stand for equality.

These are the people Biden did NOT denounce.

These are the people claiming the election was NOT stolen.

It's easy to see what is going on.

God forgive me, I do not understand why such attackers are not being shot dead en masse, right now.