ANTIFA DRESSED AS FIREMEN ! ! ! Setting MORE Fires in CA, OR and WA 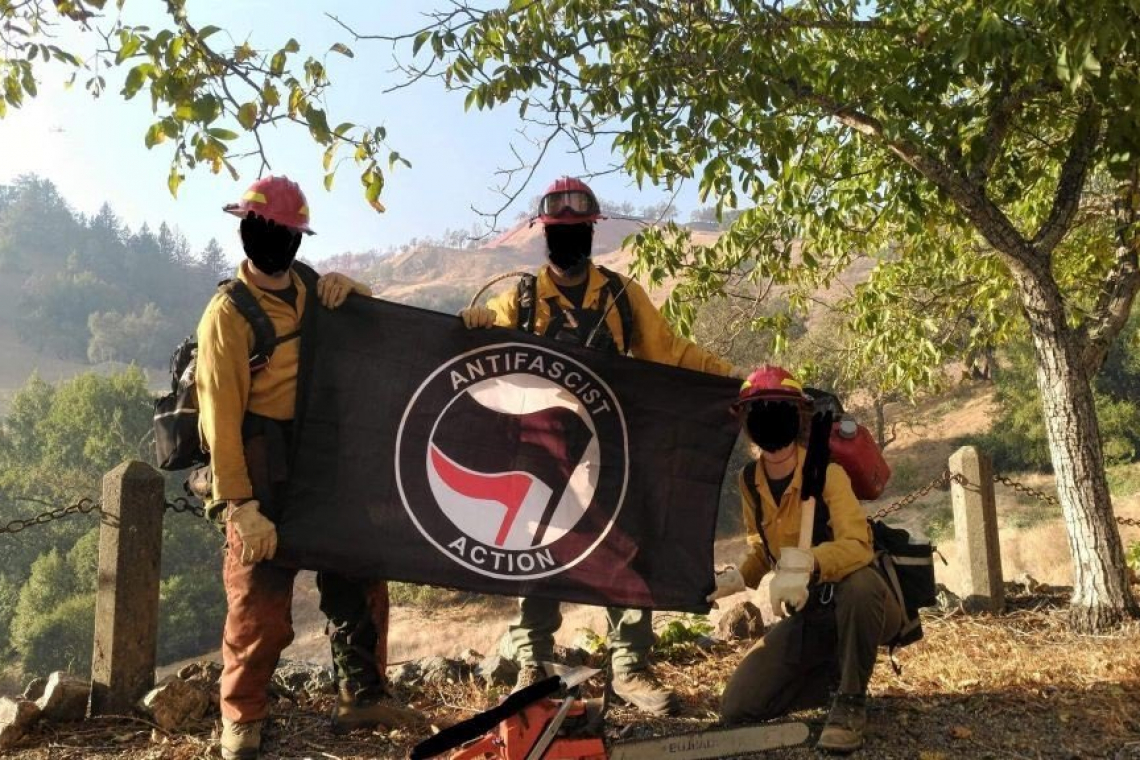 The so-called "wildfires" plaguing the western states have been made orders-of-magnitude worse because Communist Insurgents from ANTIFA and Black Lives Matter are INTENTIONALLY setting additional fires.

So brazen are they, that they've released a photo (shown above) of three of their members, dressed as range firemen, displaying the ANTIFA flag, carrying a five gallon gas can, and armed with a Chain saw to cut down more trees for fire starting.

An arsonist in Oregon was arrested Sunday night for starting a brush fire with a Molotov cocktail.

After his release he was arrested again on Monday for starting six more fires.

Domingo Lopez Jr., 45, was first arrested Sunday afternoon after witnesses told cops he started a fire on the grassy edge of a Portland freeway with an incendiary device made out of a plastic bottle with a wick, the Portland Police Bureau said.

He admitted starting the blaze, which was extinguished without any injuries or property damage, cops said.

Lopez Jr. was booked into jail at 6:45 p.m. Sunday on charges of reckless burning and second-degree disorderly conduct — then released on his own recognizance later that night, court records show.

Other militants have also been arrested for starting numerous additional fires:

Other media outlets are also reporting such arrests:

Politicians are trying to discredit the fact that these fires are being started by left-wing insurgents: