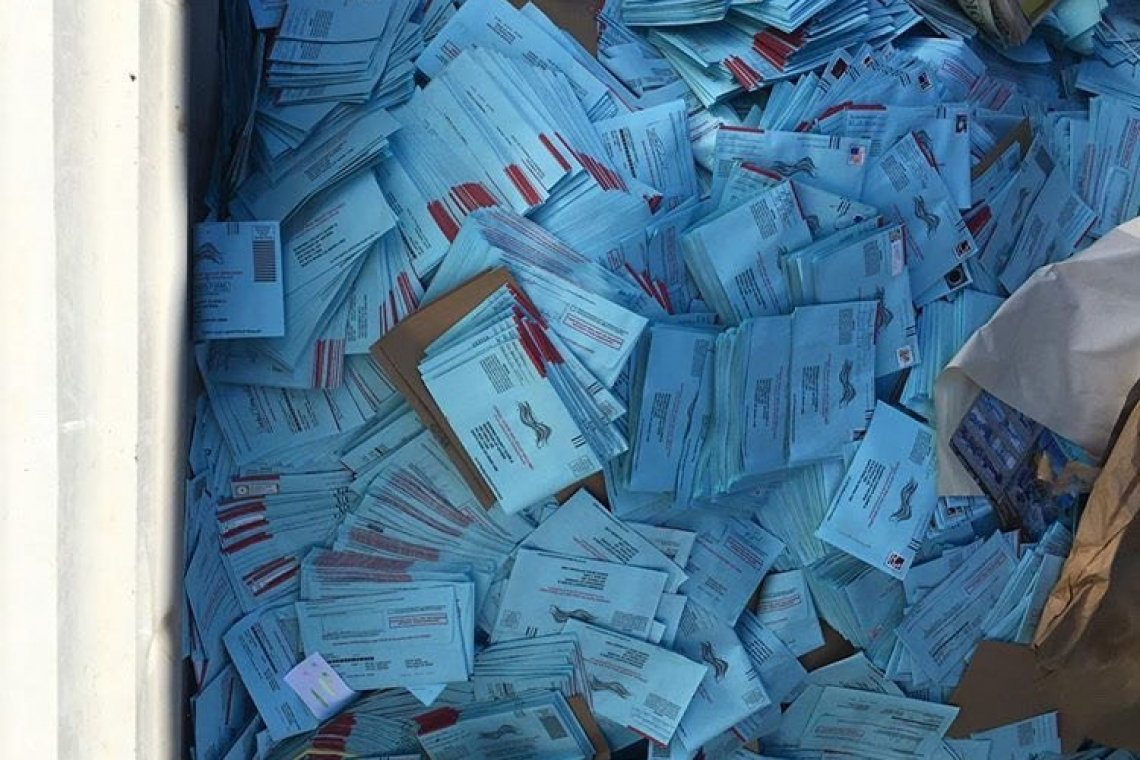 Thousands of mail-in voting ballots have been found in a garbage dumpster in California.  So much for a "free and fair election" here in the USA.

THOUSANDS of unopened ballots were found at the garbage dump in Petaluma, California, north of San Francisco.

A news web site reader sent images with the following note by email:

My dad was throwing away some trash and saw them so he took some pictures. He told a lady who worked at the dump about it and she claimed that the county dumped them there. After my dad drove back around and saw the workers in the bin covering the ballots up with cardboard.

The guy crawling out of the dumpster in the green shirt worked there.  He was covering up the ballots. Here is a map of the location where the ballots were found:

Once again, a DEMOCRAT-CONTROLLED government is already caught cheating with election ballots.  This election is not going to be credible at all.