"Bidenvilles" Popping-Up All Over America - The country is being wrecked 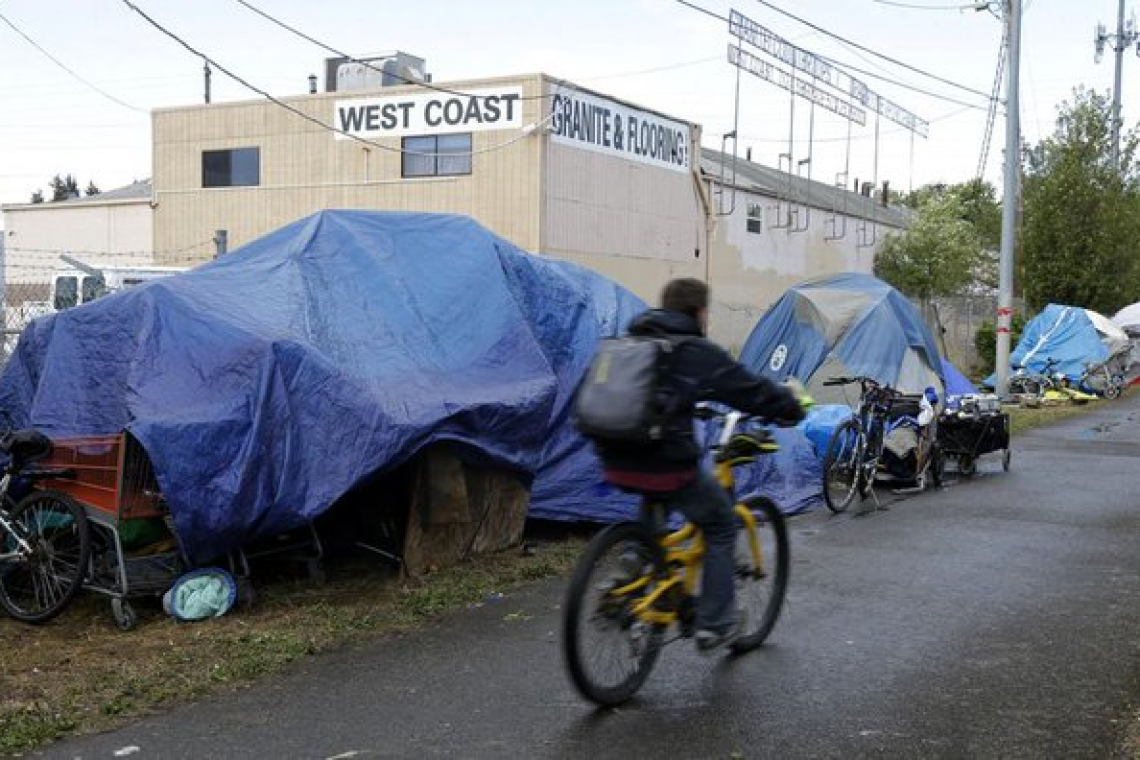 A worrisome icon of decades past has resurfaced and is worsening. Unregulated shantytowns persist around the nation — made up of tents, tiny houses, RVs or ramshackle shelters. The trend could be identified with President Biden, some say.

“It is just a matter of time before signs start sprouting up in the homeless areas of America proclaiming the existence of Bidenville,” advises presidential historian and author Craig Shirley.

“We had widespread destitution under Herbert Hoover, just as we do today under Joe Biden. The poverty was indescribable. The world looked to be all black and white. No green. No sunlight. No hope. The dark humor at the time led newspaper writers to call them Hoovervilles. Utter destitution. Every day was worse than the previous, just as under President Biden,” Mr. Shirley tells Inside the Beltway.

“Shantytowns of grinding poverty were spread across America in the late 1920s and into the 1930s. John Steinbeck wrote about them as did other Depression-era authors. Millions of people huddled together, eking out a miserable existence. Sickness, homeless, disease and starvation spread, just as today. The plight and suffering was widespread — and it lasted for years,” Mr. Shirley continues.

“Mark Twain was right. History may not repeat itself, but it does rhyme, he once said. Mindless liberalism has led to the new Bidenvilles,” the historian advises.

Hal Turner Remark:  Joe Biden is a monster. All Americans are in grave danger under this deranged lunatic and his mentally ill democrat cohorts.