Big Snow this Weekend into Monday 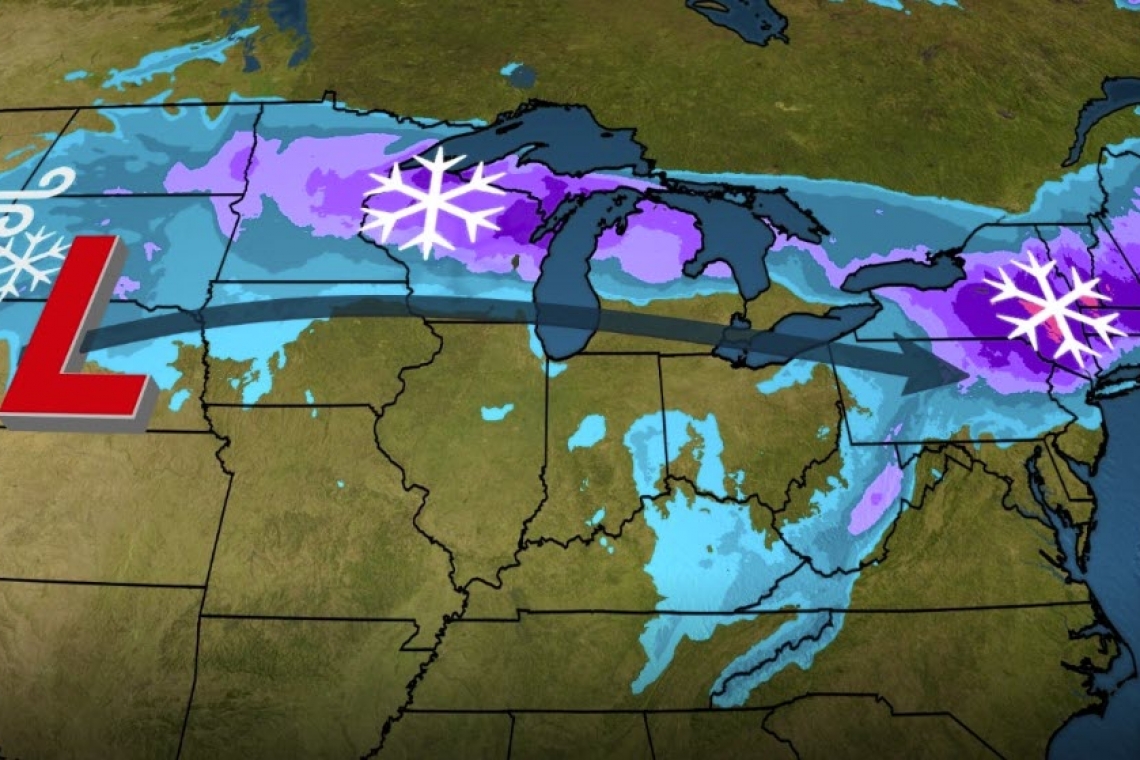 A large storm system is moving eastward from the Great Plains states toward the midwest and northeast, and snowfall totals could be 12-18" in some areas.

The New Jersey / New York City area will be hit TWICE, once on Sunday and again, bigger, on Monday.

Snow and strong winds may create blizzard conditions, as a powerful storm moves from the Plains into the eastern United States this weekend. This could be the first major snow of the season for areas from New York City to Boston late Sunday into Monday.

The Weather Channel has named this system Winter Storm Ezekiel.

Snow and gusty winds will create dangerous travel conditions and possible blizzard conditions in the Northern Plains and upper Midwest Saturday, while snow will wind down in the West.

Strong winds are also expected in parts of the Central and Southern Plains through at least Saturday afternoon. This includes the Boulder, Colorado, area where gusts up to 85 mph are possible. Power outages are expected here. These strong winds could lead to a ground blizzard, which occurs when there is fresh snow and strong winds which can create whiteout or near-whiteout conditions.

Blizzard conditions were reported near Arlington, Wyoming early Saturday where frequent wind gusts of 45 to 55 mph were occurring.

Heavy snow and strong winds disrupted Thanksgiving travel in parts of the West. As of early Saturday, 48 inches of snow was measured at Big Bear Lake, California, as well as at Snowbasin, Utah.

Wind gusts over 80 mph were measured late Friday and early Saturday in parts of central Colorado, including a gust to 88 mph near Shaffers Crossing. A wind gust of 112 mph was measured at Brighton, Utah, where the elevation is 10,565 feet.

Today is Saturday, November 30 and the Bills for this web site and radio show will come due in ONE (1) day.  Money is coming in very slowly this month and with only 1 day to go -- TODAY --  to raise the money, we're facing the actual FAILURE of this radio show and web site.

If the funding does not come in, then on Monday the FREE Internet streaming audio will only be available to SUBSCRIBERS and will not be available to the general public.  The radio stations will still get their feed for broadcast.