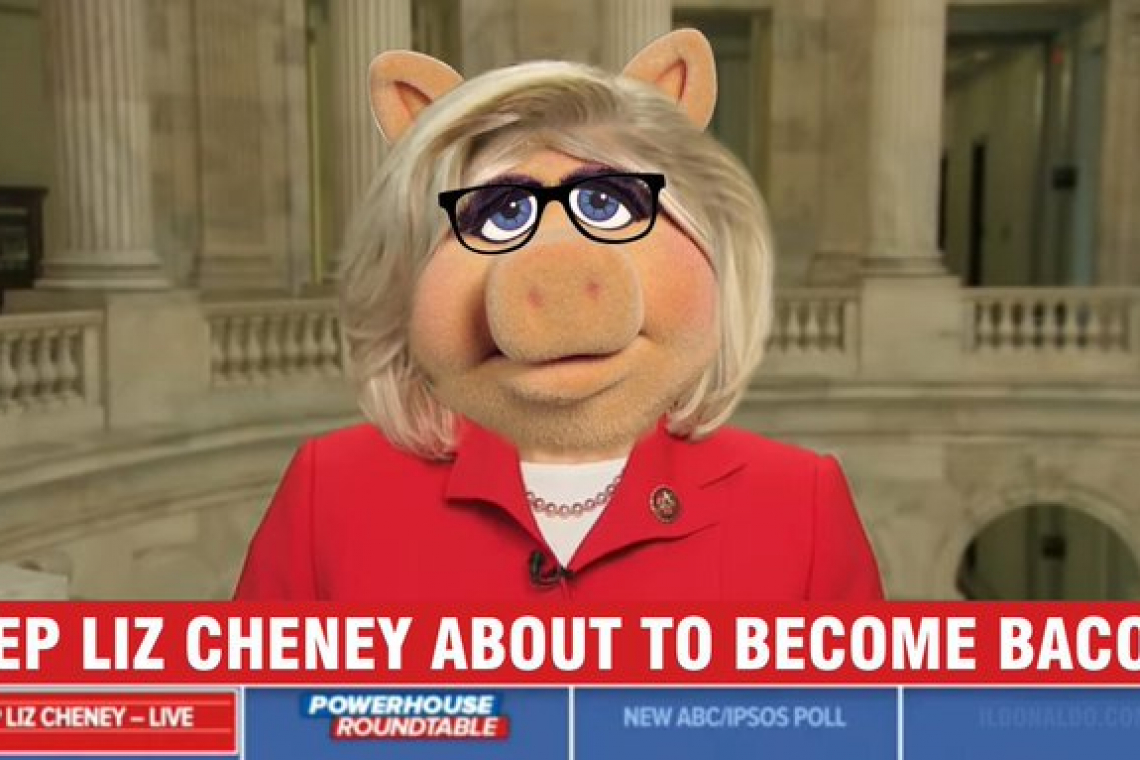 The results appeared as follows: 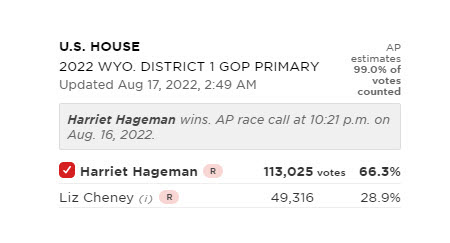 Cheney became the latest casualty of Republicans who are furious with elected Party members who not only opposed President Trump, but who either voted to Impeach Trump or, as in Cheney's case, serve on the January 6 investigating committee trying to put Trump in prison.

Giving her concession speech, Cheney said "Two years ago. I won this primary with 73% of the vote. I could easily have done the same again. The path was clear, but it would've required that I go along with President Trump's lie about the 2020 election. [...] That was a path I could not and would not take."

Clearly, the Republicans in her state of Wyoming strenuously disagreed with her, with most rational people holding the view that the November 2020 election was stolen through brazen election fraud.

One Wyoming Republican described Cheney's speech this way: "I lost cuz, TRUMP.   Orange man made me lose, cuz he wouldn't endorse me."  That same voter then went on to say "So pathetic, she is more proof of how completely classless scatocrats really are. She's not even a RINO, she's a full blown Karen."

As for the Trump family, Don Jr. tweeted it best:

Bye bye @Liz_Cheney. On the bright side at least you won’t have to pretend to be from Wyoming anymore.
pic.twitter.com/DMcj3ua42d