Brazil President Says "No" - Won't Take COVID Vaccine -- Neither Should You! 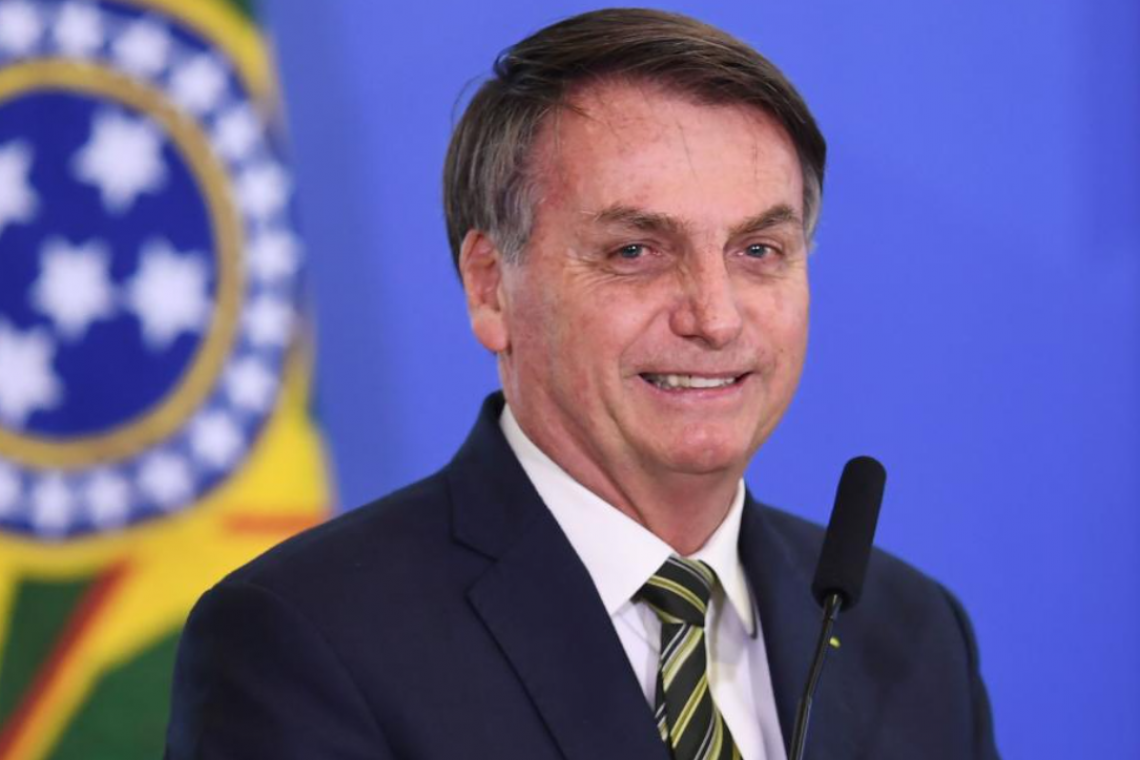 Brazilian President Jair Bolsonaro says that he will not take a coronavirus vaccine.  (Neither should you)

During a press briefing broadcast live over multiple social media platforms, Bolsonaro said that he has already decided to refuse a future coronavirus vaccine.

“The [Brazilian] president also expressed skepticism about the effectiveness of the use of masks during the live broadcast, implying that there was little conclusive evidence of its success in curbing the transmission of the virus,” according to South American news site Infobae.

Bolsonaro has tested positive for the Chinese coronavirus at least two times. After contracting the virus for the first time on July 7, Bolsonaro said he initially suffered from a low-grade fever and mild symptoms. Announcing his positive diagnosis at a press conference held outside on the grounds of Brazil’s presidential palace, Bolsonaro stepped back and removed his mask to demonstrate to the public that he was “absolutely fine” despite the mild symptoms.

He subsequently entered a period of semi-isolation for nearly 20 days while recovering from the virus. During this period, the leader continued to venture out on the grounds of the presidential palace to greet his supporters. A proponent of the anti-malarial drug hydroxychloroquine as an anti-coronavirus therapy, Bolsonaro said he received the drug as part of his own treatment. The president announced via Twitter on July 25 that he had tested negative for coronavirus.

“I’m healed from Covid. I have antibodies, no problems. In my particular case, I first thank God, and secondly, the medication prescribed by the presidential doctor: hydroxychloroquine,” Bolsonaro said on July 30.

“The following day, I was already OK. If it was a coincidence or not, I don’t know. But it works,” the leader added.

There are real issues surrounding the so-called COVID-19 Vaccines.  They are NOT "vaccines" in any traditional sense.

So the outside of the virus looks like the pathogen making people sick, but the guts are harmless yeast.  This is called a "recombinant" vaccine because they recombined the outer virus envelope with harmless yeast DNA guts.

They reproduce this new harmless "virus" and inject the harmless recombinant virus into humans.

When our body sees the outside of this "invader" it begins its immune response and we develop immunity to what the original virus LOOKED LIKE on its outside.

THAT is how old vaccines worked.

This new COVID-19 vaccine is nothing like the old.   This new vaccine contains "messenger RNA"  Ribo-nucleic-acid; a base level of Deoxy-ribonucleic-acid (DNA).

It "programs" the human into whom it is injected so that human's DNA triggers a response to what would be COVID-19.

The trouble is, scientists don't know exactly what ELSE this RNA might "program" once is is let loose inside a human!

It might start re-programming OTHER aspects of human DNA.

In a horrifying possibility, once unleashed, these "messenger RNA" particles could turn someone from human into . . . . not human!

There's no way to tell.

Worse, there's no way to UN DO what this messenger RNA does.  The changes are permanent and cannot be undone.

From a scientific stand point, there could be deadly results from this messenger RNA if it causes changes to a human that make it impossible for the person to live.

Almost 100% of the people who agreed to accept this vaccine in clinical trials, have had very strong adverse reactions to it.  Some have DIED!

ALL of the animal testing of this vaccine had to be stopped because ALL the animals DIED.

Instead of taking this as a red flag warning, authorities merely "waived" the requirement for animal testing and went straight to human testing!!!!!!!

As stated earlier, almost 100% of those who received the vaccine in trials, suffered VERY STRONG adverse reactions.

That's the scientific aspect, but there's another aspect: From a RELIGIOUS stand point, it could alter a person so they are no longer recognizable as "human" by God.

The book of Revelations warns about this, and does so SPECIFICALLY in Revelation 18:23 --

We all know the Bible was translated from Hebrew / Aramaic into Greek, first.   Here is the origin of sorcery in Greek language: Pharmakeia (Pharmaceuticals!) (Link) 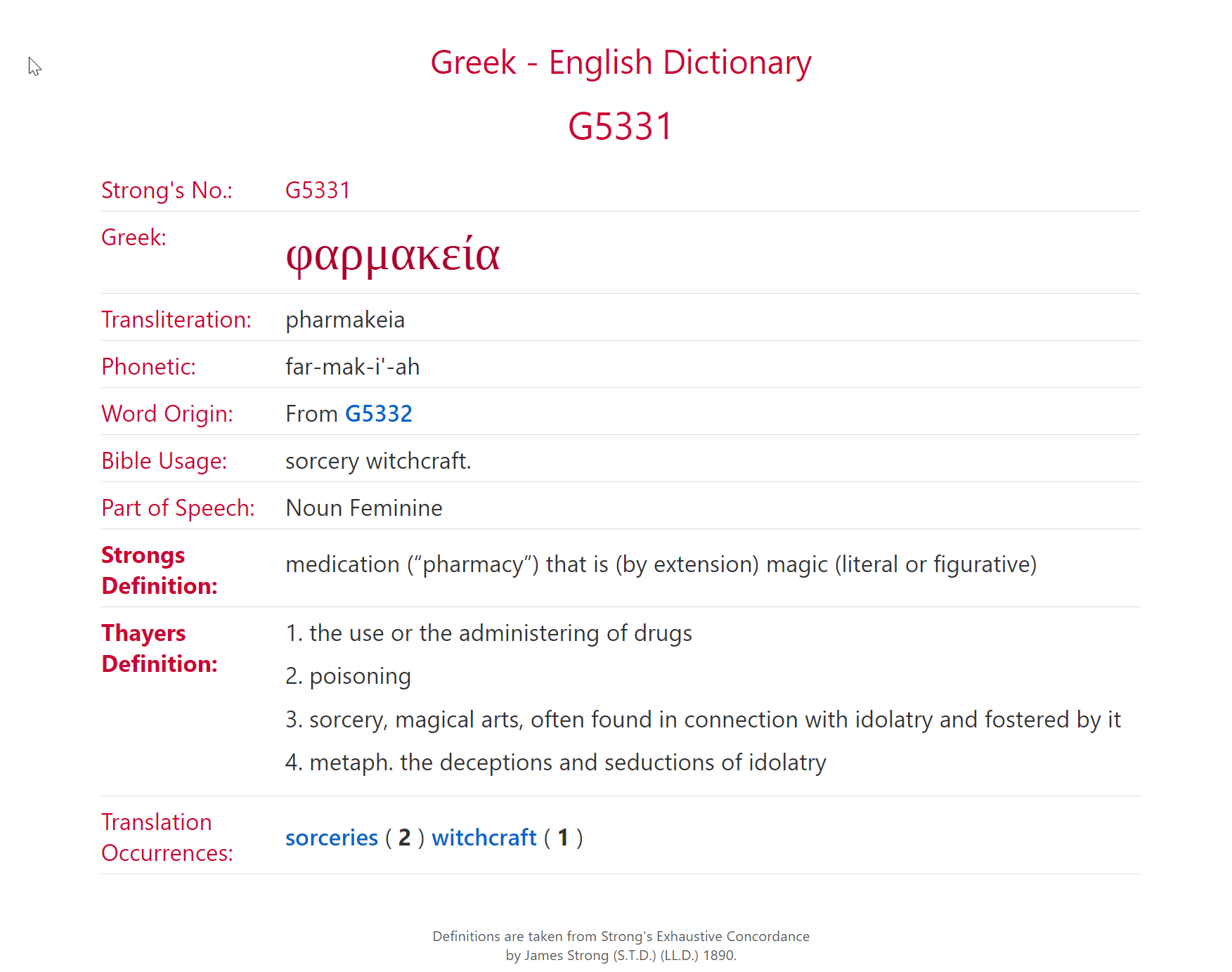 So Brazil President Balsonaro has multiple reasons for him NOT TAKING the vaccine.  Now, you have those same reasons.

Do not be deceived by Pharmaceutical companies into taking a vaccine that alters your DNA.  The changes it causes will be irreversible and could cost you literally everything.