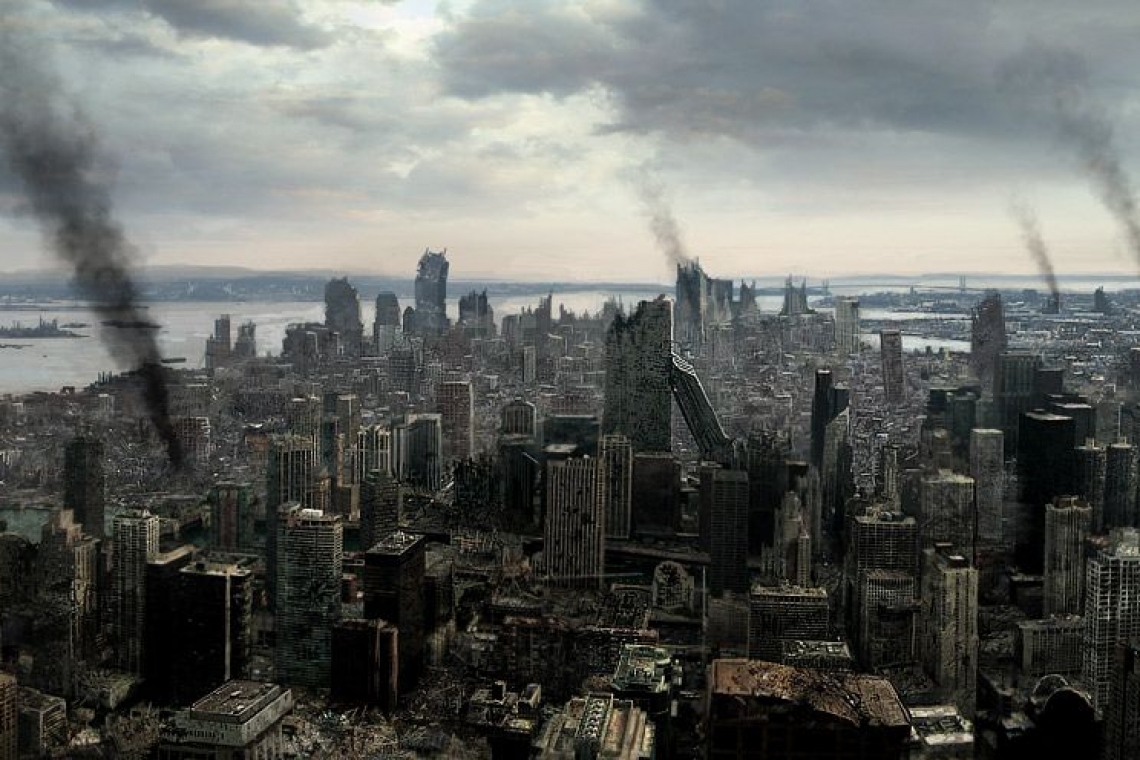 The five boroughs of New York City have become the new "Wuhan", as Governor Andrew Cuomo revealed this morning, the city has 329 confirmed cases of Coronavirus (COVID-19).

Thus, New York City is the new Wuhan, and the deaths from this virus will immediately start climbing to levels that will utterly HORRIFY the public.

Over the weekend, on Saturday, March 14,  this web site warned readers in New York to "Bug-Out Now. Bunker-Down now."  (HERE)

For weeks, this web site has been reporting on the Coronavirus and imploring people to "prepare" with Emergency food, water, medicines and the like.  Now, it's too late.  Those who have not prepared are very likely going to die.

Expect to see a Wuhan-style QUARANTINE of all five boroughs in New York City very soon.   Don't be surprised if it begins later today or tomorrow.

This is a catastrophe the likes of which few living people have ever seen.   Many, many, MANY, people are going to die within the next few weeks.

New York state now has more confirmed Covid-19 cases than anywhere else in America. A total of 729 have tested positive in the state, with 329 in New York City.

Wuhan was locked down after 500 global confirmed cases.

"Every option is on the table in a crisis. We’ve never seen anything like this."

"Our best hope is to utilize the Army Corps of Engineers to leverage its expertise, equipment and people power to retrofit and equip existing facilities — like military bases or college dormitories — to serve as temporary medical centers."

New York might be on the verge of a breakout, but it is ill-prepared. At this point in the Chinese timeline, the Wuhan government announced plans to build a dedicated hospital to treat the infected.

"Remember, Wuhan was the size of New York City. At the peak of that epidemic, they hospitalized about 20,000 people. 10,000 were in serious or critical condition. 2,000 were intubated. To give you a basis of comparison, New York state — the entire state — has 50,000 hospital beds and about 3,000 critical-care beds."

"Our country as a whole has fewer than one million staffed hospital beds, fewer proportionately than China, South Korea or Italy."

Traders are now anticipating a full-scale shut down of the U.S. economy and widespread quarantines. Retail stores, travel companies, bars, restaurants, and local businesses will likely take the biggest hit.

The Federal Reserve tried to get out in front of the panic with an emergency announcement last night. They slashed interest rates to zero and launched $700 billion in quantitative easing.

It didn’t have the desired effect.

"They are throwing money in the wrong place… Lowering interest rates to zero doesn’t help if businesses can’t pay their loans back and they don’t have cash flow … We need to get help out there, especially to small businesses and people already losing their jobs."

Survival of the Fittest

Those not directly killed by the disease itself, will likely succumb to the civil unrest, food rioting and, of course, the looters, all of which are likely to commence in earnest.

Others will die because hospitals are so overloaded with dying coronavirus infectees, they cannot treat heart attacks, strokes, or accident victims.

The left-wingers in New York (the city is infested with them) are about to be forced to finally grow up as reality comes and bites them in their ass.

People in nearby New Jersey should prepare for rioters and looters to come through the tunnels and over the bridges and begin mayhem in New Jersey.

Those who own guns should have ample ammunition to defend home, family and property.  It will likely become necessary for New Jerseyans to shoot and kill such attackers.

If you find yourself, your family, your home/business under attack, DO NOT HESITATE to shoot.   Shoot first. Shoot to kill.  Because these sick, starving, and dying people will not hesitate to kill you.

We are entering a period of Survival of the fittest.  It is the first law of nature.

Only the strong will survive.

This will likely be the LEAD story on tonight's Hal Turner Radio Show beginning at 9:00 PM eastern US Time (GMT -0400).  The show airs LIVE from the New York City metropolitan area on Global High Frequency radio stations WBCQ 7.490, WRMI 9.455 ad on regular AM via KYAH 540-AM in Utah.  It is also simulcast live here on the net, using the LISTEN ONLINE buttons in the menu above.  Those links DO NOT GO ACTIVE until about one hour before the show begins.  During that hour, they stream commercial-free music until the show starts.