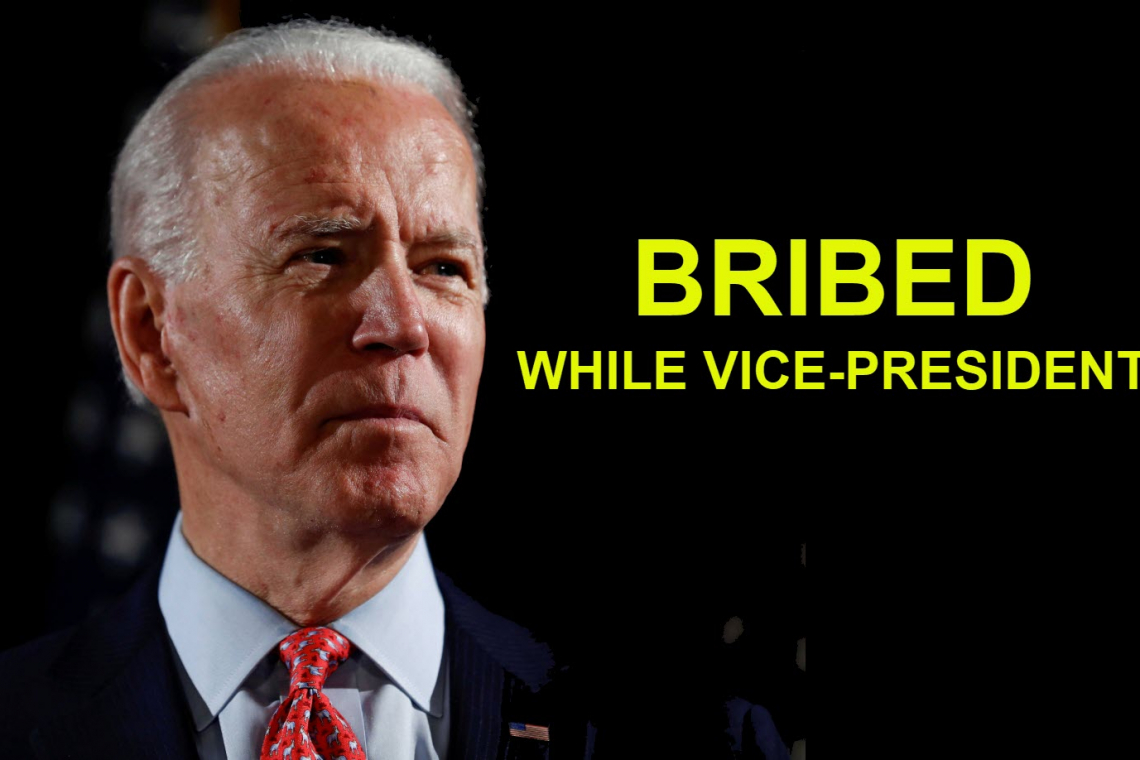 In an utterly stunning development for US politics, Burisma Gas Holdings Corp of Ukraine admitted in court today they BRIBED U.S. Vice-President Joseph Biden and his son, Hunter Biden.

The only issue left is how much the bribes were.   At present, Burisma disputes a claim that the Bribe amounted to $900,000.  There are indications the amount may be far greater!

The ongoing case of Ukrainian gas holding company Burisma against People’s Deputy of Ukraine Andriy Derkach has revealed that Burisma did, in fact, bribe Joe and Hunter Biden with large cash payments. The only question is how much?

The Pechersk District Court of Kyiv indicated that representatives from Burisma are only refuting the amount of money the company paid to Joe and Hunter Biden. Burisma is not, it is important to note, refuting that it did, in fact, pay these two some large sum of cash, which is still to be determined.

During the first televised Presidential Debate which aired on television last night, President Trump dropped a massive hint when he asked Biden why his son "took $3.5 MILLION from the wife of the Mayor of Moscow?"

It is starting to look as though Democrat Presidential candidate Joe Biden is running for President because it's the only way he can prevent being put in prison for accepting Bribes while Vice President.

It will be interesting to see if the US mass-media covers this unprecedented story.

As part of Ukraine's official police investigation into Burisma, the US Embassy in Kiev has been working closely with Ukraine law enforcement.  Certain Embassy staff have repeatedly spoken with or provided documents to Ukraine police.

Well, an employee at the US Embassy in Kiev . . . was MURDERED today.  Authorities in Ukraine are investigating the killing of the American embassy employee after an apparent assault.

An unidentified employee of the U.S. embassy in Kyiv, Ukraine was found unconscious near the railroad on Tolbukhin Street in Kyiv.  She was admitted to the hospital and later succumbed to her injuries, according to Ukrainian police.

Artem Shevchenko, spokesman for the Ministry of Internal Affairs of Ukraine, said on Facebook that police are investigating her death as an intentional murder.

It is not yet known if this particular employee was involved (at all) with the ongoing Bribery investigation into former Vice President Joe Biden, but the timing of this murder, on the very day a company admitted in open court that they BRIBED a then-sitting US Vice-President, is worringly . . . coincidental.