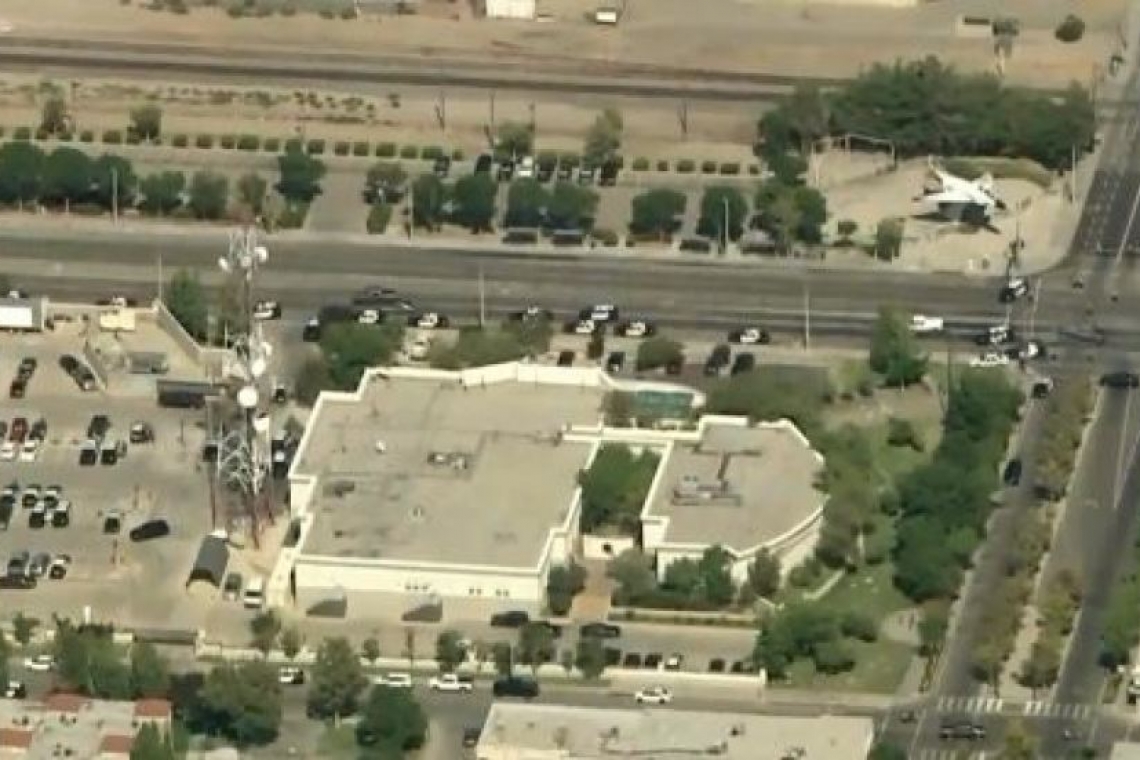 Sheriff's Officers in California are being shot at by a Sniper in Lancaster, CA.  At least one Deputy Sheriff has already been shot and other Deputies are actively being shot at right now (7:46 PM EDT).

Law enforcement units are converging on the area.  This is an active-shooter situation.  More details to follow below . . .

Citizens are urged to AVOID the area of Lancaster Blvd and Sierra Hwy.

Someone fired into the Sheriff station’s helipad area and hit a deputy in the shoulder, authorities said. The deputy was taken to a hospital for what appears to be a non-life-threatening “graze wound” to the shoulder.

“My deputy is in stable condition at a local hospital. He was hit in by one round in the shoulder,” Sheriff Alex Villaneuva said. “We have set up containment on a nearby building and we are going through all our tactical steps right now.”

Villanueva said deputies have the area entirely blocked off and they believe the shooter is contained. The sheriff said the shot came from a considerable distance. It was unclear how many shots were fired.

Deputies have been using binoculars to scan a nearby four-story building for a possible sniper, and officers are positioned nearby waiting for the SWAT team. Tactical units have been deployed to Lancaster with armored vehicles on the 14 Freeway.

Because of concern for sniper fire, deputies have been told to approach the area only from the west. Deputies are clearing nearby buildings, including a library and an apartment complex.

A Sheriff’s Department source said the gunman fired a high-velocity rifle round that hit the injured deputy.

The public has been told to avoid the area.