BRRRRR! 26°F Here in NYC; Parts of Northeast, South Could See First Snow of the Season 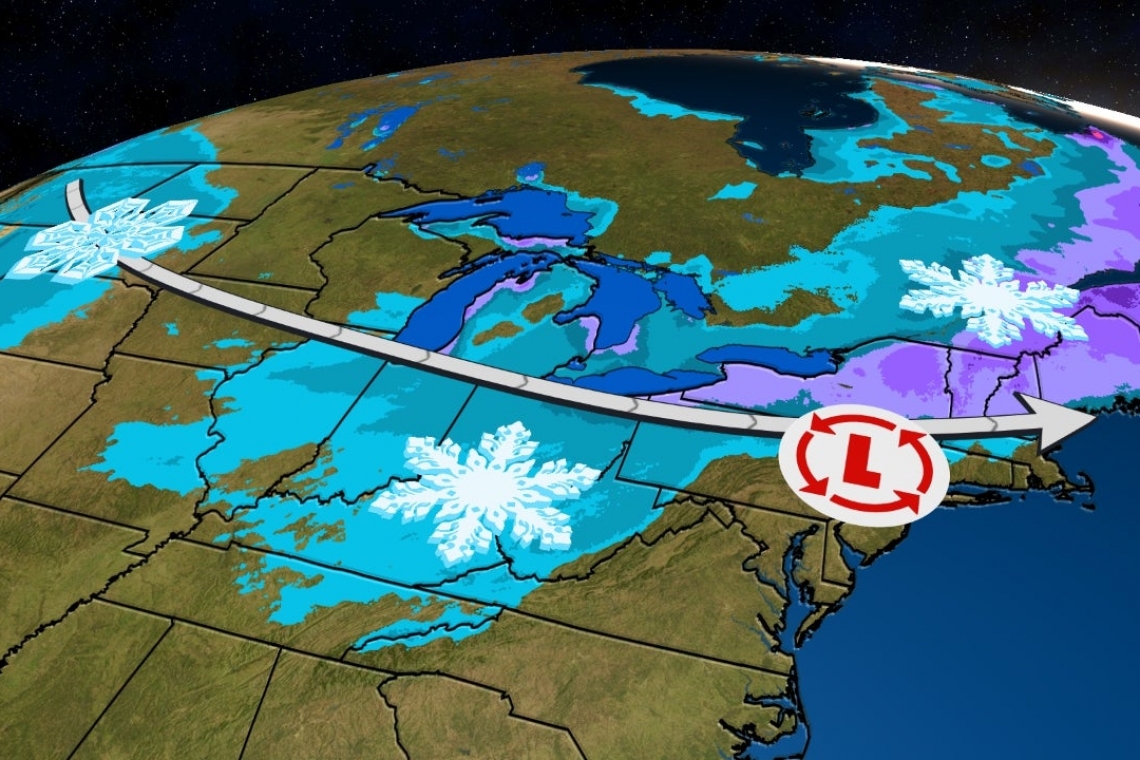 It's twenty-six degrees here in New York City, the coldest air since last winter, this morning.

SNOW is in the forecast from Chicago to Cleveland, OH, and even as far south as Nashville, TN (Tuesday).

Large parts of the US may experience record low temperatures as an Arctic blast sweeps across the Midwest and Northeast through the middle of next week.

Nearly two-thirds of the country will be vulnerable to unseasonably cold temperatures.

"We are in a pattern where multiple waves of cold are moving in from Canada and impacting the Central and Eastern US," CNN meteorologist Taylor Ward said Thursday.

"One wave of cold came in late last week, another is moving in today and tomorrow, and the coldest blast by far moves in early next week."

For much of the country east of the Rocky Mountains, the cold wave could mean temperatures 20-30 degrees below average.

Cold-weather records could be broken

Starting Tuesday morning, record low temperatures are possible across Texas and Oklahoma, along with parts of the Ohio Valley.

By Wednesday, there could be more than a dozen record lows in the Deep South and the Gulf Coast, Ward said.

In parts of Mississippi and Alabama, highs aren't likely to rise out of the 30s Wednesday. For those areas, that's more than 10 degrees colder than usual even in mid-January.

The cold temperatures have had unusual side effects in some places.

In the Kansas City area, residents were saying they smelled an unusual odor, which meteorologists traced to a farm in Albert Lea, Minnesota, KMBC reported.

The National Weather Service in Kansas City tweeted out a map and blamed the bad smell on a culprit more than 300 miles north.

The odor of manure from a large stock farm was trapped in a part of the atmosphere that moved southward with the cold front as it passed over Kansas City, meteorologists said.