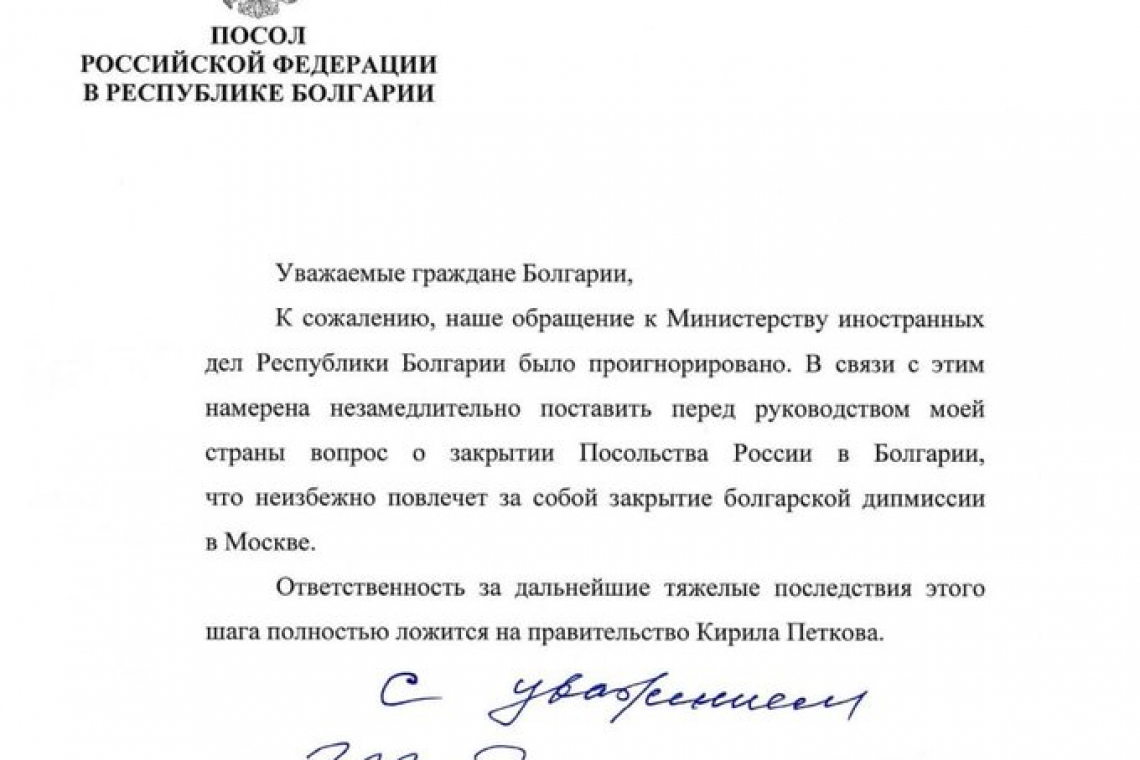 Bulgaria has turned down Russia's request to alter its decision about the expulsion of 70 Russian diplomats (espionage concerns) from the country.

The Russian ambassador declared she intends to discuss the issue of closing the embassy in Bulgaria with the Russian leadership.  This would cut Diplomatic ties between Russia and Bulgaria.

Bulgaria says they've done this over "espionage concerns."  This is such utter nonsense.

What, in God's name, does Bulgaria have, make, invent, or do, that anyone would even bother to spy on them?

I mean, in my 60 years of life on this planet, I cannot recall __any__ mention of __any__ invention, technology, product or service that even originated in Bulgaria, never mind be worth spying on!

What we have here is a little "nothing" of a country, posturing on the world stage to gain attention, by manufacturing a Russian bogeyman over nothing.

This is nothing more than deliberate antagonizing of Russia, o the world stage, to demean and insult the Russians, just for the sake of doing so.

Apparently, the people running Bulgaria are another set of spoiled brat children with nothing better to do than stir up trouble . . . for themselves.