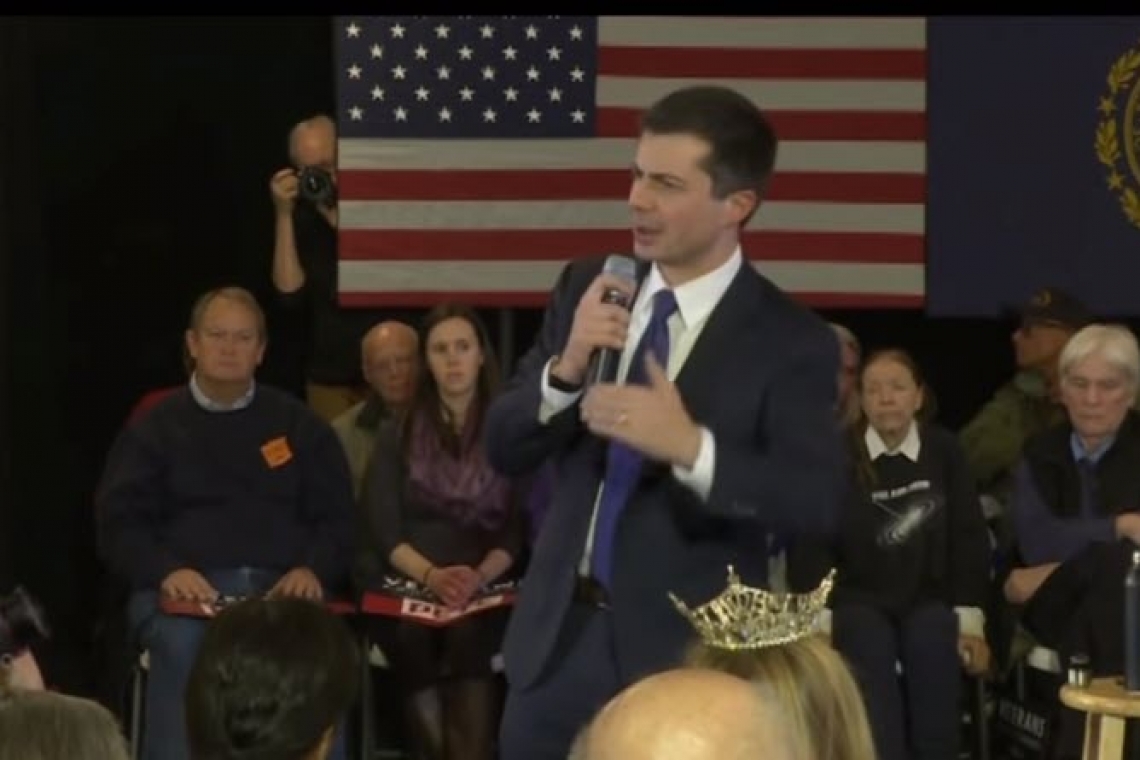 Former Mayor Pete Buttigieg of South Bend, Indiana, is touting a new visa program to flood small American towns with legal immigrants to grow the regions’ populations — a boon to corporate investors, housing developers, and big business.  But is saturating small-town America with third-world immigrants whose cultures and upbringing are substandard, a good idea?

During a campaign stop in Merrimack, New Hampshire, Buttigieg touted his investor-friendly plan to inundate small American towns and rural communities with legal immigration for the sole purpose of driving up population growth.

I’m proposing what we call “Community Renewal Visas” that when a community that is very much in need of growing its population, recognizes that, and makes a choice to welcome more than its share of new Americans that we create a fast-track, if they apply for an allotment of visas, that goes to those who are willing to be in those areas that maybe are hurting for population but have great potential.

Buttigieg’s population growth agenda mimics a plan by the Economic Innovation Group, an organization led by investors, that seeks to create a “Heartland Visa” to flood small American towns with more legal immigration to increase the population.

More residents in the U.S. through immigration deliver huge returns for Wall Street, big business, developers, and investors who benefit from the addition of millions of new consumers, as well as residents in need of housing and jobs.

For years, investors and the pro-migration lobby have sought to increase the nation’s population via legal immigration to drive up the need for additional housing, which in return provides developers and contractors with a series of new work while increasing housing prices for Americans.

Already, at current legal immigration levels of about 1.2 million admissions a year, the U.S. population is expected to grow to an unprecedented 404 million residents by 2060 — translating to more cars on the road, more urban sprawl, additional housing and commercial development, and increased living density for Americans.

Buttigieg also hinted that he would back Sen. Mike Lee’s (R-UT) S. 386 to ensure that only Indian nationals obtain nearly all of the nation’s employment-based green cards over the next decade. The legislation is a bonus for outsourcing firms such as Cognizant and Infosys, as well as giant tech conglomerates like Amazon and Facebook, as it solidifies a green card system wherein only foreign workers on H-1B visas are able to obtain employment green cards by creating a backlog of seven to eight years for all foreign nationals.

“And so a couple of steps I think would help make [the legal immigration system] better: One is these country caps that exist that create a longer and longer clock on family reunification and other ways to make sure folks can get through that process,” Buttigieg said. “It’s based on numbers that were settled on in the 1980s. It makes no sense. And it has no relationship to our economic reality. So when we have work-based visas, those pathways to come to the country, it should be something that can be revisited and revised every two years in an administrative process instead of literally taking an act of Congress to go clear up.”

There are now 62 million immigrants and their U.S.-born children residing in the country, a record high, and nearly half of the residents in the country’s five largest cities speak another language other than English in their home.