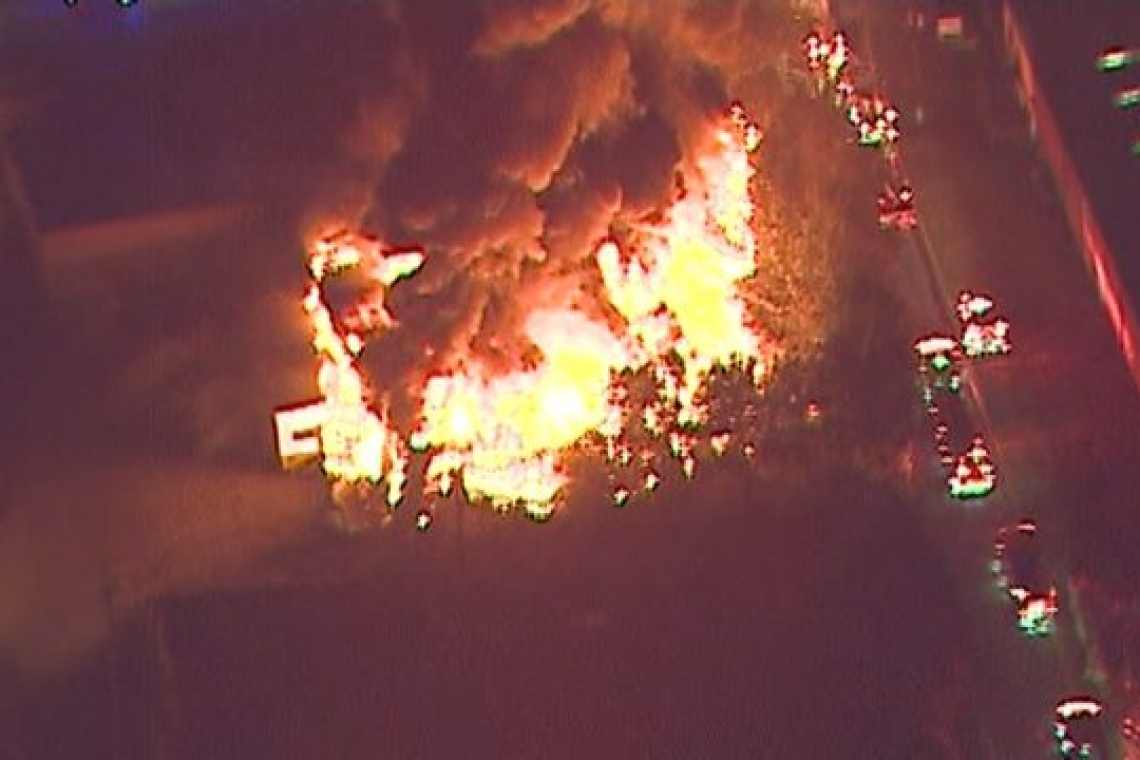 A massive fire has erupted at a chemical plant in Cobb County, Georgia, causing huge volumes of toxic smoke.  The situation has caused the CLOSURE of I-285 in Cobb County (Atlanta)  as residents are told to shelter inside.

Flames are shooting high into the air and more than a dozen fire trucks are on the scene. The area appears to be an industrial area with several warehouses just off the Chattahoochee River.

chemicals are involved and police say they could not get too close. Workers from a nearby plant said the company on fire is called CPI and makes plastics and fiber molds.