Chicago Mayor had entire neighborhood's cars towed to stop a church from having services! 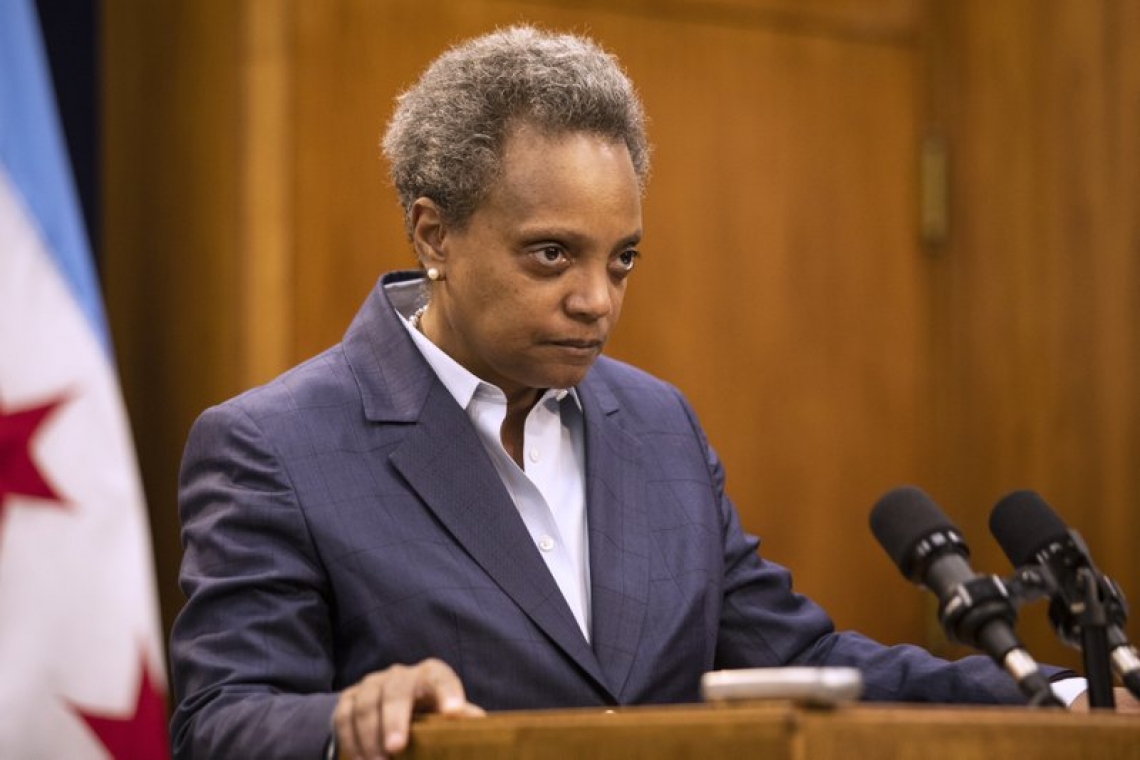 Chicago Mayor Lori Lightfoot had entire neighborhood's cars towed to stop a church from having services.

The following has been TOTALLY censored from the MSM, this is the only place you are likely to see it.

The Mayor's goal: To tow every car of everyone who attended church services.

The outcome: No church service attendees got towed, everyone else in the entire neighborhood did; and it was a disaster involving countless cars that were legally parked when the signs went up.

Here's a summary of what happened: The mayor wanted to shut down a church. So on Saturday night, the mayor put up temporary no-parking signs in an entire neighborhood -- while normal residents of the neighborhood had their cars totally legally parked and were sleeping. In the morning, at 7 AM, she had had a mob of tow trucks ready to arrive to take EVERYONE's cars. They did.

All cars were gone in a very short time - including those of people who were legally parked in front of their homes.

Well, it turned out the church had a contract with a bank and other businesses to use their parking lots, so all the parishoners (for the morning service) parked their cars in these lots; so none got towed.

When the mayor heard what happened, and that only normal residents plus medical workers and others who normally parked on the streets in that area got towed, the mayor flipped out and for the next services had police cars block entrances to the parking lots the church used to force churchgoers to park on the street where they would be towed.

That was totally against the law, but the mayor - a well established communist - did it anyway. By that time, the church knew what was going on and warned everyone. RESULT: Zero church cars towed and one very pissed off neighborhood.

This is the type of thing that should trigger an impeachment of the mayor. It should also trigger a federal charge of Deprivation of Rights under Color of Law (18 USC 242) but the US Attorney's Office in Chicago is apparently more interested in prosecuting radio hosts like Hal Turner over perfectly lawful Editorials they dislike, rather than uphold the Constitutional Rights of Chicagoans to attend church!

Once again, the world gets to see the shear human  garbage infesting the US Attorney's Office in Chicago; holding themselves out as honorable people when in reality, they are politically correct scum.

Incidentally, Lori Lightfoot is a lesbian who is currently "married" to another woman, who campaigned for her position on the principles of "Equity, Diversity & Inclusion, Transparency, Accountability, and Transformation." Never mind the fact that she was probably rigged into power, let's say it like it is:

A lesbian "equitably and transparently" ambush-posted "no parking" signs in the dead of night on a totally unaware neighborhood, for the purpose of "diversity and inclusion" of a CHRISTIAN church . . .  and "transformed" the entire neighborhood into a no-parking zone. She then forced "accountability" on residents, who had no clue what happened or why.

What a way to fulfill a campaign promise. But that's how leftists do it, and this gal is a PRIME EXAMPLE.

But then again, the folks in Chicago who were stupid enough to elect this Communist as Mayor, deserve what happens to them.

Chicago likes to refer to itself as America's "Second City" but in reality, Chicago might be better be described as a SECOND RATE city.  With second rate Americans.