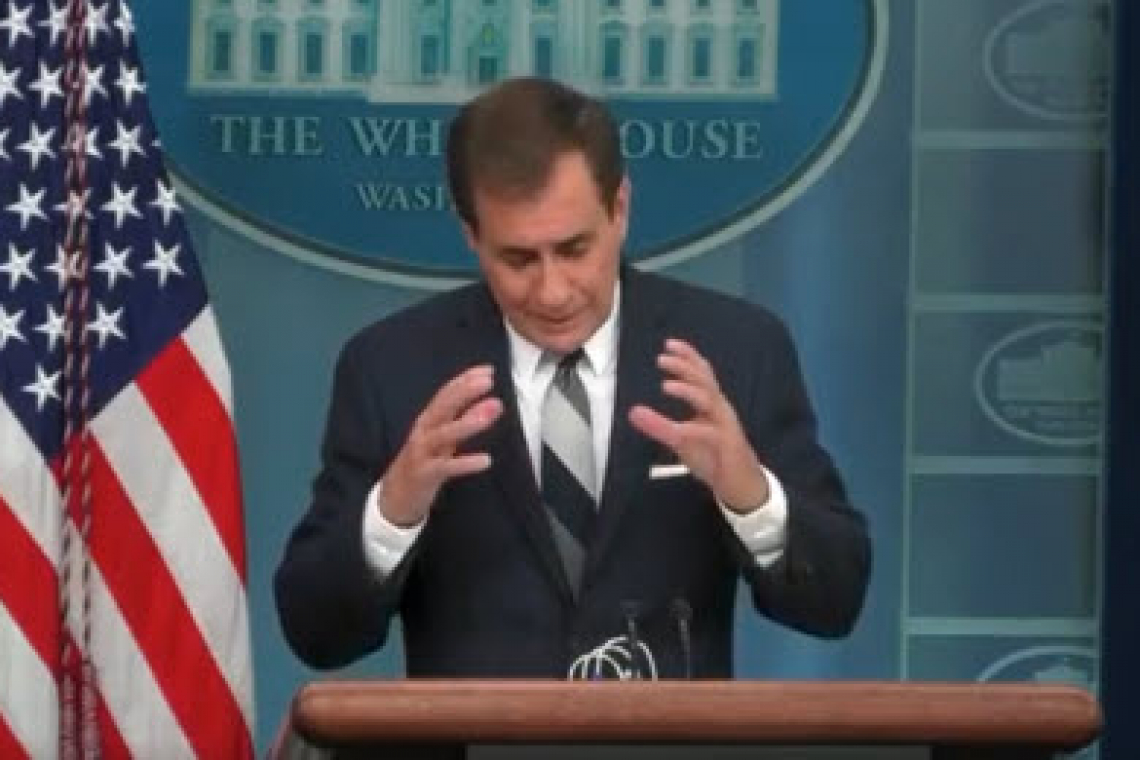 Pentagon Spokesman John Kirby proved the Pentagon has become a clown show, by telling reporters during a Press Briefing that it was Climate Change that caused the military hostilities in Syria.

John Kirby says that climate change is responsible for the fighting in Syria. pic.twitter.com/rtf9lYg7xA

How does a person with idiotic views like this, even get near the Pentagon for employment?  One would think that being reality based would be an important criteria for the Pentagon to hire someone.

Clearly, John Kirby, based on his remarks above, lacks being based in reality.

The entire federal government seems to be Clown World. 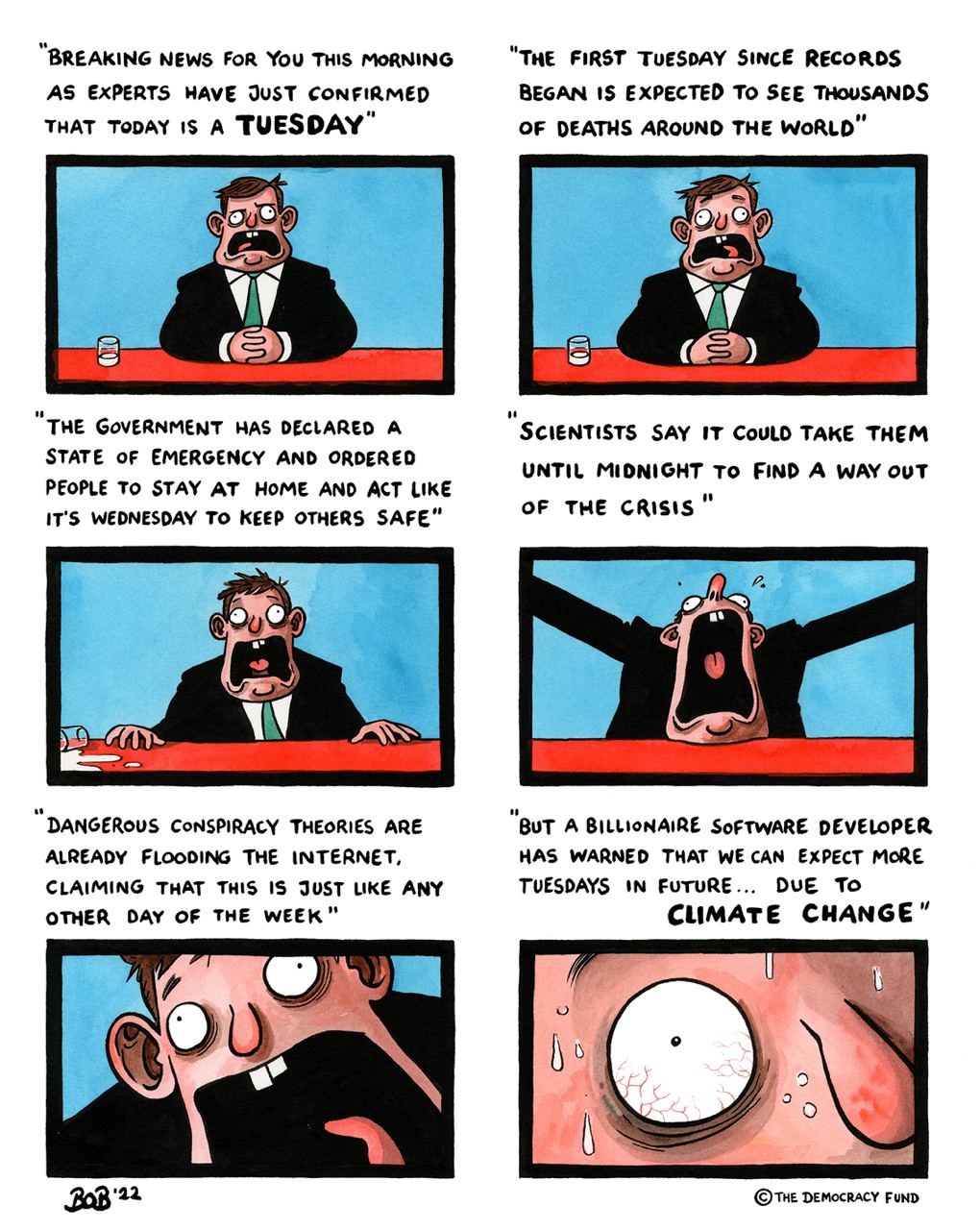 2012 - after 20 years of sitting on knowledge of vast oil and gas reserves on the Golan Heights:
https://www.timesofisrael.com/government-secretly-approves-golan-heights-drilling/

from israel21c.org:
Until the Russian invasion of Ukraine, the EastMed pipeline appeared to be dead in the water. The United States said in January that it no longer supported the $6.54 billion initiative announced in 2016, citing environmental concerns.

Run Europe dry of gas, let it freeze its ass off this winter, grind it electrical networks into brown outs, the Europe will applaud the evil Zlonlsts plan to run Syrian own but occupied by US funded Israeli military to run a gas pipeline to Europe.

All while sanctioning Russia into economic Armageddon and prime them for a CIA funded social unrest overthrow. Then ultimately steal all Russian state assets and their oligarch's assets too. Eliminate Russian atomics, leaves just China as an opposition in which to defeat, then global victory.
-1 # Syrian war — Rembrandt1981 2022-07-20 22:04
Syria was a all cash basis debt free country before war started there. Also, the terrorist escaped Lybia and Iraq to Syria for a lack of another place to go back then also. The MIC moved in immediately and started more fighting while training a dozen foreign troops for $500M.
The insanity has went on for years. Hundreds of thousands have died in Syria.
-1 # Drastic Climate change is scheduled — paulattahoe 2022-07-20 21:06
for all decision centers. I wonder if this Pentagon clown knows that?
+1 # RE: CLOWN WORLD: Pentagon Spox Says Climate Change Caused fighting in Syria — Maid4theLamb64 2022-07-20 17:07
What an idiot. However, thank you so much for the laugh, Hal, with the cartoon!! LOL! ;o)
# Who buying this horse manure. — Garyhines 2022-07-20 16:13
Hi Hal this is like laughable on a massive scale Hal does believe this B.S.first of all climate has nothing to with the war in Syria .whether hot or cold Hal.this had to with oil and overthrowing Assad .maybe Kirby can make it Snow in Syria Hal.
+1 # Who's pulling their strings? — acturner067 2022-07-20 14:23
Those that are committed their souls to the devil (secret societies) they are to as their worship-able master instruct them to be as. Today they appear to be pushing themselves into the world of insanity? Soon the unsuspecting world of TV watchers will become as like them? As the spell is cast upon the weak minded they will soon think like a fish, look like a fish, swim like a fish, and stink like one?
+1 # Spin Doctors — OccamsRazor 2022-07-20 13:26
Droughts and Farming are big. Look at the water issues in the West of USA. Rather than spending 60 billion on water securities for the west, they give 60 billion to Ukraine. They could have built multiple water desalination plants for every state affected and still had money to spare. Could pipe in excess water from Mississippi River to keep cities from flooding. The government is not investing our money wisely. Only a matter of time before people return to farming their own land / growing their own food and then switching off Federal Reserve Notes in favor of a local barter/exchange system. Parallel economies.
+2 # RE: CLOWN WORLD: Pentagon Spox Says Climate Change Caused fighting in Syria — Eddamnit 2022-07-20 13:13
So did a drought in the USA cause the US military to go to Syria and drop over 120,000 bombs on Syrians and steal their oil?
# Nazis and Ruskies did it all the time! — Haarnaś 2022-07-20 13:05
They were experts in rewriting history. Is Pentagon's official spokesman Navy Rear Adm.. John Kirby our own Joseph Goebbels and Sergey Lavrov rolled into one?

There you have it. Pentagon chose an admiral who was and idiot for a long time to be its representative!
# RE: CLOWN WORLD: Pentagon Spox Says Climate Change Caused fighting in Syria — Eddamnit 2022-07-20 12:54
The government can say anything and the vast majority of people will believe them.

Very dangerous.
+1 # RE: CLOWN WORLD: Pentagon Spox Says Climate Change Caused fighting in Syria — pko60 2022-07-20 13:30
It is always very dangerous when the stupid become industrious.
+2 # Funny cartoon — Gregg W 2022-07-20 10:57
Hits the nail on the head.
-3 # Not a payday this week Tuesdays — Samuel Badolato UNPAID SINCE JANUARY - SHUT OFF 07-24-2022 2022-07-20 10:55
That's all I've been doing I pay off my credit cards with a loan and I'm starting to put money back on but there's no Payday for me on Tuesdays we just look for that one break in life we don't get it I wish everyday was a Tuesday where I got paid would be nice to get paid every Tuesday at 50 bucks and yes I think memes will be here this year somewhere between today and September the 1st and I think you'll bring $200,000 indestructible men with him to talk to the leaders of the world he's out of the business of taking over the world you got to a thousand of them that's all he wanted and you must know about the word morgatrod it means this language meanize Commander controller supreme Commander and I'm not sure about that on Wednesday either that's a reply to you that says every Tuesdays everyday is a Tuesday me and 50 bucks on every payday for borowingning hot dogs am I answer to you is yes I think he will be here this year and he's not a God and he's not a devil in a way I wish she wasn't coming I kind of like it all these countries here and all these languages and all these rulers and all these changes while you're free and while things are real I have a chance to better myself into succeed and I'm heartbroken and I want to cry now I am heartbroken and I want to cry no one cares what I have to do or want to do but I care about all you and all your safety out there I give you said Jesus and there's nothing I have to do I am completely free to just sit back and do nothing which is what I'm going to do probably by September 1st the means will be here
-1 # RE: Not a payday this week Tuesdays — Haarnaś 2022-07-20 13:08
Quoting Sammy b3368:

Sam, get serious, I am not in business lending 200K in gold to CIA. Have you ever heard of banks?
+2 # RE: CLOWN WORLD: Pentagon Spox Says Climate Change Caused fighting in Syria — Woulf 2022-07-20 10:31
All that ordnance going off 24-7, might be "warming" things up a bit. To them I guess "everyday" is a "Tuesday".
-1 # Thanks for the intelligence — Samuel Badolato UNPAID SINCE JANUARY - SHUT OFF 07-24-2022 2022-07-20 10:26
Thanks for the intelligence about the Kirby's I get your drift I understand what you're saying when you said Josh thank you very much I get the idea thank you thank you from the bottom of my hair good luck to you Mr Turner thank you for the intelligence info too bad so heartbreaking to me that's personal and deep for me but thank you thank you good luck to you
-1 # "ACTUALLY" — t.n.kuss@hotmail.com 2022-07-20 10:00
Josh Kirby, "Jacking-off Caused An Eruption" that "Caused the War in Syria, Iraq, Afghanistan, and His Bathroom Toilet." Mr. and Mrs. American Citizen "Does That Make You Feel Safe and Better About America Giving 40 Billion of Your Tax Dollars Too Ukraine?"
+2 # Did you know? — skyward21 2022-07-20 09:54
Yes, the entire Federal government has become a bunch of lying clowns but…did you know that all of Ukraine’s cyberspace was contracted out to Microsoft via a Pentagon contract?
+4 # RE: CLOWN WORLD: Pentagon Spox Says Climate Change Caused fighting in Syria — FewThereBe 2022-07-20 09:52
---

The same with "global warming."

They are "warming up the world" with their geoengineering and endless wars, order out of chaos.

There is an image of the Fabian Society with a fire lit under a globe, and a man with a hammer striking it.

For additional perspective, recall how our latest tranny Surgeon General is an Admiral, too.
# RICH MEN — Dean Easterling 2022-07-20 09:16
Our very lives depend on the defense of the nation. IMO, so called climate change is the rich men of the earth method to get richer, while screwing the regular people of earth.
-2 # Not so clown world — almachius 2022-07-20 09:13
A long period of drought (maybe the result of climate engineering) led to demonstrations in some towns at the time when the colour revolution against Assad began in a border town on the SW of Syria.

So now the USA is fighting wars against climate change ?
All the terrorist can now relax !
+7 # RE: CLOWN WORLD: Pentagon Spox Says Climate Change Caused fighting in Syria — pko60 2022-07-20 08:43
Climate change?
Oh yes, the sun has burned the brains of the political monkeys - if there was any at all.