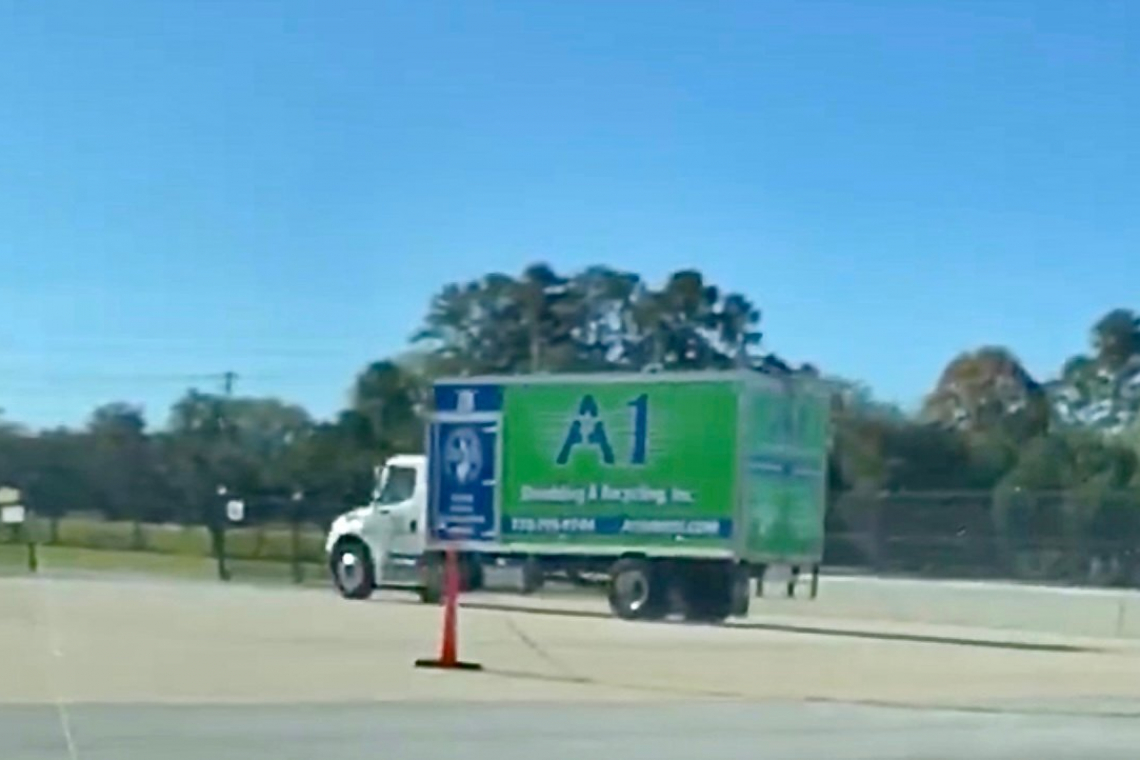 Video has emerged from the state of Georgia showing a professional Shredding & Recycling Company Truck, outside the offices of the Cobb County, Georgia, Elections Department.   The truck was actively shredding what appeared to be trash-cans-full of Absentee Ballots.

Word from the scene is that the ballots were Trump absentee ballots, mailed-in by citizens of Cobb County, Georgia, which were thrown in the garbage by Democrat Election Officials instead of being counted in the vote tally!

Here are photos of the trash cans filled with Ballots:

The video below is TERRIBLE quality and we're trying to get better video.  But in the video, you can see a truck from A1 Shredding & Recycling operating its portable shredding machine.

The voice on the video is that of Susan Knox, who reports she is in Cobb County, on Friday, November 20, in Jim R. Miller Park "where the Ballots are" and she goes on to say they are shredding ballots.   Here, look:

Here is a scalable map to show the area is specifically a center of Cobb County Government offices:

Later, on Twitter, Susan Knox shows the recycling truck pulling out and has MUCH better video quality which substantiates her story.  But it also gets MUCH WORSE:  Ms. Knox says she called the police - TWICE - to report they were shredding ballots . . . . and "no one came."   The police didn't come!  That would seem to indicate they're ALL "in on it."

So, the big question is, Why was Cobb County SHREDDING Absentee Ballots?   Who ordered it?   That person has a LOT of explaining to do.

The second big question is, Why didn't the police respond to the two calls?

This looks like a situation of "in-your-face" vote fraud.   If so, people need to go to prison for this.