COMPLETE LOCKDOWN OF WUHAN CHINA; NO ONE ALLOWED OUT OF HOUSE -- NOT EVEN TO BUY FOOD OR WATER 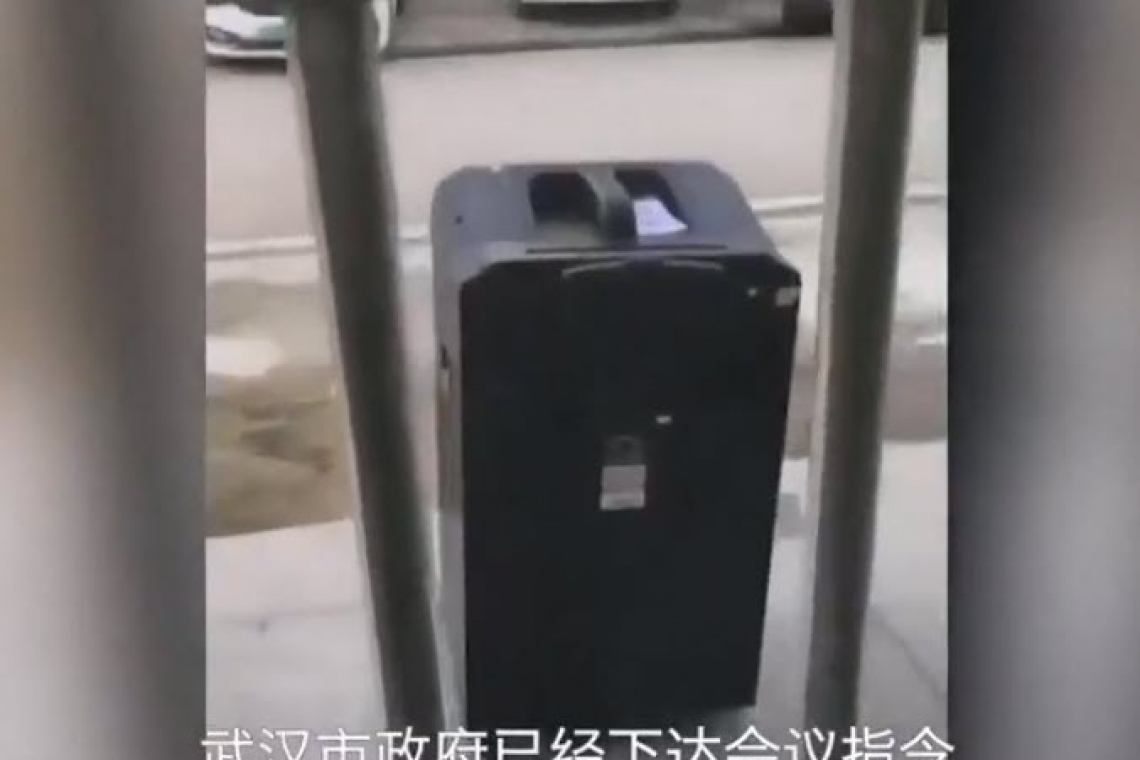 Yesterday, February 17, Drone robots began going door-to-door in Wuhan informing residents via audio recordings they are no longer allowed out of their homes FOR ANY REASON; not even to buy food once a week, until further notice.

We have video of the Drone making the announcement, below.   It seems the outbreak has gotten so terrible, that the government of China is now willing to let the citizens of Wuhan literally starve or dehydrate TO DEATH.

That this is happening in China, just 6 weeks into their outbreak, necessarily means it can happen here in America as well.  Will YOU be one of those who starve or dehydrate to death?   Prepare now using the links below.

Here is the video, with English language translation:

What the Chinese have done is unprecedented in human history. They have literally enacted "cordon sanitaire" for whole cities totally at least 760+ million people.

Cordon sanitiare is what they did during medieval times when the Black Plague hit Europe. In those cases, first they locked up potentially infected family together in their homes for a period, which all but guaranteed death as each in succumb to illness and ultimately could not feed themselves and ran out of water. Dehydration kills most.

Then they realized the disease was coming in due to trade, so they would hunt down merchants and barbaric violence occurred. The cities were walled and under guard so there was no foot traffic or carts in and out of the city.

Watch the Tudors TV series and during such a plague, Henry the VIII fled to a small fortification with some soldiers until the disease burned out.

In postmodern times with Ebola, soldiers cordoned off the sick or possibly infected, and so these folks would often die from an inability to get to the village well and so would die from dehydration.

China has a horrendous issue with the city water being polluted and contaminated with likely pathogens, so no one drinks it, but buys drinking water. Now they are not allowed to leave their homes, so dehydration will cause desperation and some will drink the water and get sick. You will have crews who later incinerate the dead, but that will collapse due to logistics, and so mass graves.

Hardly a nothing burger.

See, America may have lousy tap water, but despite tasting bad, people can survive on it. And so as long as they have supplies, even if the supply chain goes down and people are unemployed, then this is likely survivable.

But in 12-14 days, all city water utilities will run out of chlorine, so the supply chain issues will catch up then. Imagine 320 million on city water of some kind all trying simultaneously trying to acquire chlorine. That is first obstacle to overcome.

If I were a strategic planner, that would be my primary goal and then ensuring coal to electric plants and that natural gas is readily available as I believe 35% of electric generation is through natural gas.

In a month, we would see pharmaceutical supply to chronic patients about 43% of Americans) begin to falter. Then issues with heart and respiratory problems as their conditions are not being mitigated.

Some diabetics will run of insulin. Anyone with mood altering drugs will start acting squirrelly. Riots will break out as if people are EBT cards, they may not be able to resupply groceries plus just ordinary folks can't source groceries either. But the former likely won't have freezers or pantries so they will be in bad shape.