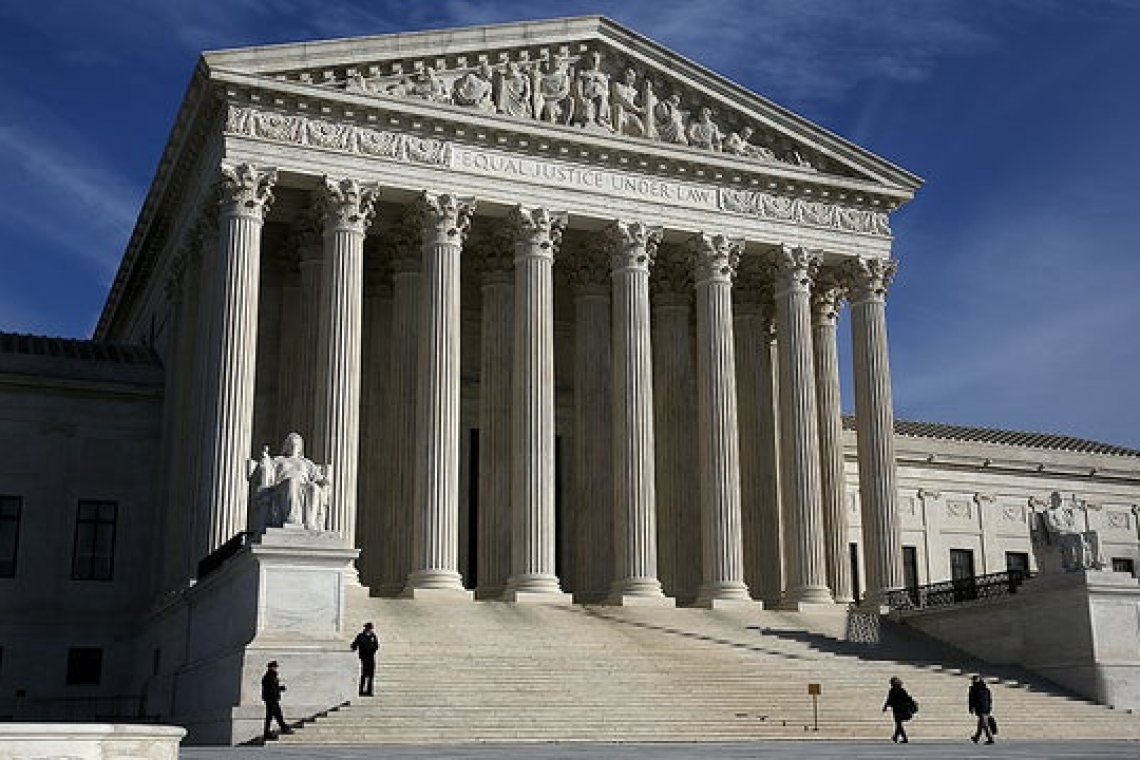 Democrat presidential candidates and senators this week renewed their threats that unless the U.S. Supreme Court issues liberal rulings on the Second Amendment and other issues, Democrats will fundamentally restructure the nation’s highest court, a shocking threat to judicial independence not seen since the 1930s.

Sen. Sheldon Whitehouse (D-RI) filed an amicus brief (“friend of the court” legal brief) at the Supreme Court on Monday, joined by follow leftwing partisan Sens. Richard Blumenthal (D-CT), Mazie Hirono (D-HI), Richard Durbin (D-IL), and presidential candidate Kirsten Gillibrand (D-NY), demanding that the Supreme Court back out of a case over one of the most restrictive gun control laws in America.

These leading Democrats also warned that if the justices proceed to issue a pro-Second Amendment ruling, and if Democrats win the White House and the Senate in 2020, then they will fundamentally remake the High Court.

The liberal senators warn that “a growing majority of Americans believes this Court is motivated mainly by politics,” accusing the justices of issuing rulings through “bare partisan majorities.”

The Democrat senators – one of whom is running for president – told the Court to either “heal itself” or be “restructured” if Democrats take power.

Each of these Democrats fiercely opposed President Donald Trump’s nominating Justice Neil Gorsuch and Justice Brett Kavanaugh, with opposition to Kavanaugh sinking to a level of personal viciousness unprecedented in the history of American judicial confirmations.

Focusing on the right to bear arms – which the senators on this brief have fiercely opposed throughout their public careers – the brief casts in negative terms that “the National Rifle Association (NRA) promoted the confirmation (and perhaps selection) of nominees to this Court who, it believed, would ‘break the tie’ in Second Amendment cases.”

The senators are correct that the NRA advocated Supreme Court nominees who would protect the Second Amendment for law-abiding citizens, but these senators clearly see that fact as a negative.

New York City law requires a gun owner to register every firearm and to keep it in their primary residence, with the sole exception being to travel to a police-approved shooting range for practice. It is a crime to take a gun out of the registered address for any other reason, even if unloaded and in the trunk of a car, even if the owner merely seeks to take her gun to a second home outside city limits.

Thus, the question in this case is whether the Second Amendment is a right that extends beyond the home – like all other constitutional rights – or if it can be exercised only within a citizen’s house.

The Framers of the U.S. Constitution considered judicial independence to be one of the essential attributes of a free society. When a political frenzy on an issue pushes a majority of elected politicians to support a measure that threatens citizens’ fundamental rights, only an independent court system can protect the rights of the minority. That is why federal judges serve for life. Over the years, this principle has been the last bulwark of defense for racial minorities, religious minorities, and other groups that lack political power.

The only serious attempt to change that number happened in the 1930s. President Franklin Roosevelt became frustrated when the Supreme Court struck down major parts of his New Deal in 1934, 1935, and 1936. Roosevelt threatened to expand the Court by six seats for a new total of 15 justices so that he could get the rulings he wanted.

The American people balked at this attempt to transform the Court into a partisan political institution, leading to massive Republican victories in the 1938 midterm elections. The “court-packing” scheme collapsed.

But FDR appointed several new liberal justices to replace retiring conservative justices, and two previously conservative justices were frightened by FDR’s threats and failed to realize that the American people were rejecting those threats, leading those jurists in 1937 to reverse their previous rulings. The Court consequently took a huge step to the left, massively expanding federal power through the Constitution’s Commerce Clause and Spending Clause.

The senators’ amicus brief is clearly designed to frighten Chief Justice John Roberts. It repeatedly quotes Roberts, including even a law review article (i.e., a law professor’s academic publication) that he authored for Duke Law Journal as a private citizen in 1993. These Democrats have apparently noted Roberts’ reportedly backing off from striking down Obamacare’s individual mandate in 2012 and his recent punting of whether the 2020 census can ask each person in this country whether that person is a U.S. citizen, and they believe that a serious enough threat could get him to back off from upholding the Second Amendment.

The Supreme Court announced in January that it would hear this challenge, led by famed former U.S. Solicitor General Paul Clement, and supported by the NRA. New York City – and the state of New York – recently changed their gun control laws in light of this lawsuit, in an effort to convince the justices to dismiss the case, arguing now the named plaintiffs in the case have received through legislation everything they wanted, and thus are no longer injured by New York City to give them standing to litigate this matter.

Ironically, if the justices agree to dismiss this case, there is another case pending before the Court from New Jersey, led by another Supreme Court superstar, Chuck Cooper, that the justices could take up instead.

The justices could rule at any time to grant or deny the motion to dismiss the case, or could wait to rule on that motion until after they hear oral arguments in October.

The case is New York State Rifle & Pistol Association v. City of New York, No. 18-280 in the Supreme Court of the United States.