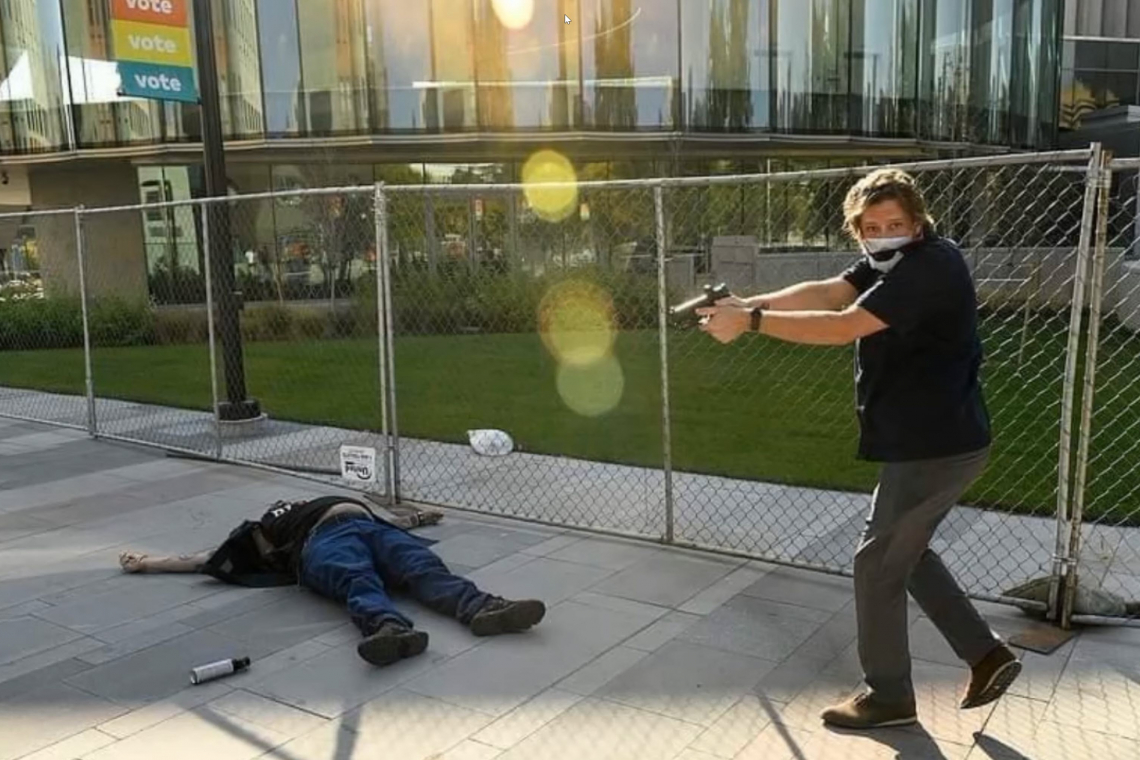 Yesterday in Denver, there was a fatal shooting at a "Back-the-Blue" pro-police rally.  One Trump supporter was shot in the face and killed at point blank range.  Media outlets quickly reported the shooter was a "Security Guard" -- that was a LIE.

The Shooter has been identified at Matt Dolloff, a radical Communistic, registered Democrat, and "Bernie" supporter who, for years, marched with the "Occupy" movement.  He wasn't a "Security Guard" he was yet ANOTHER leftist shooting-dead yet ANOTHER Trump supporter.

Here is the photo taken seconds after the Trump supporter was shot in the face/head (Click image to enlarge): 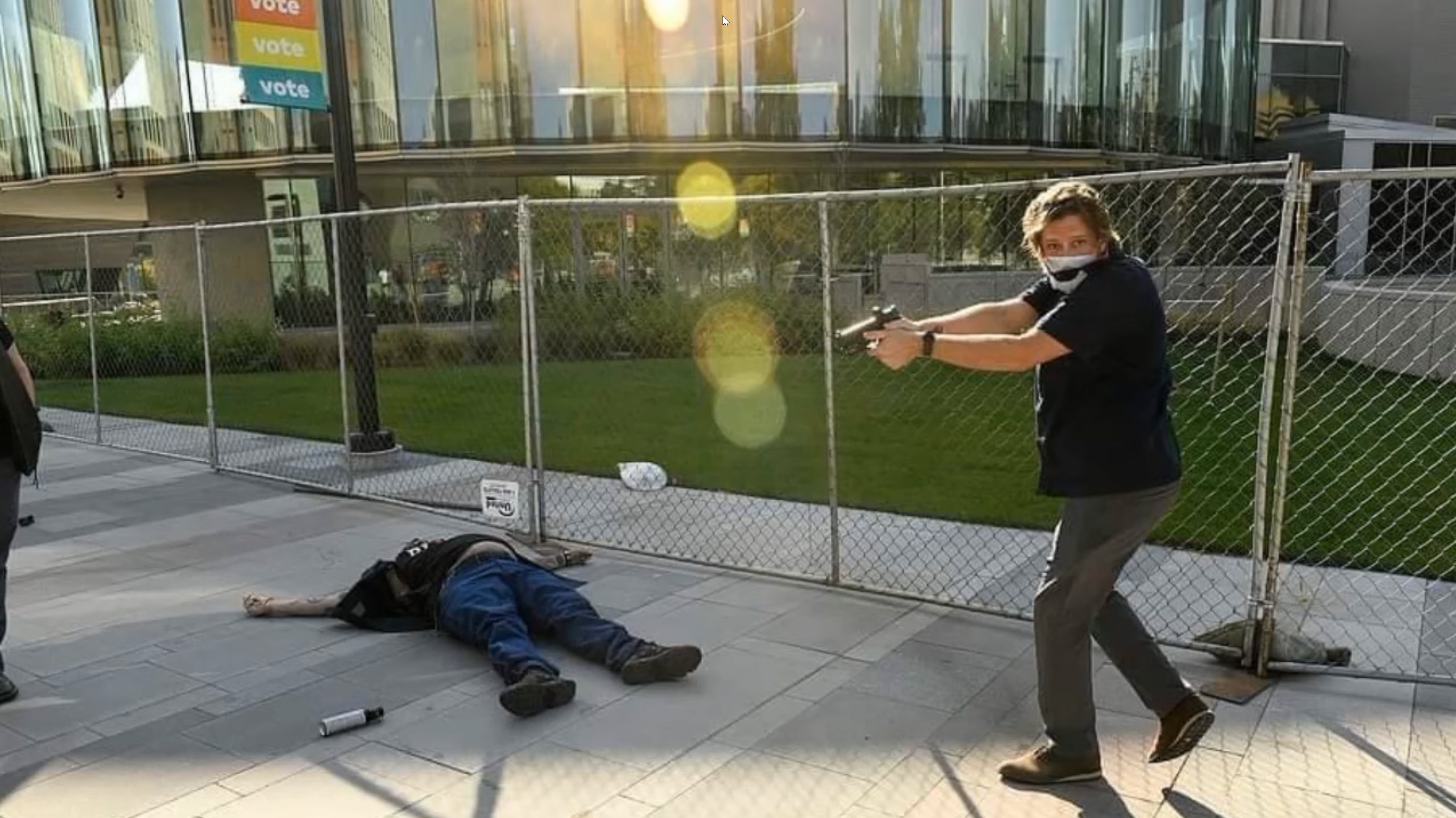 Here is that shooter being arrested within seconds, by police:

Notice the tattoo on the shooter's arm near his right wrist: 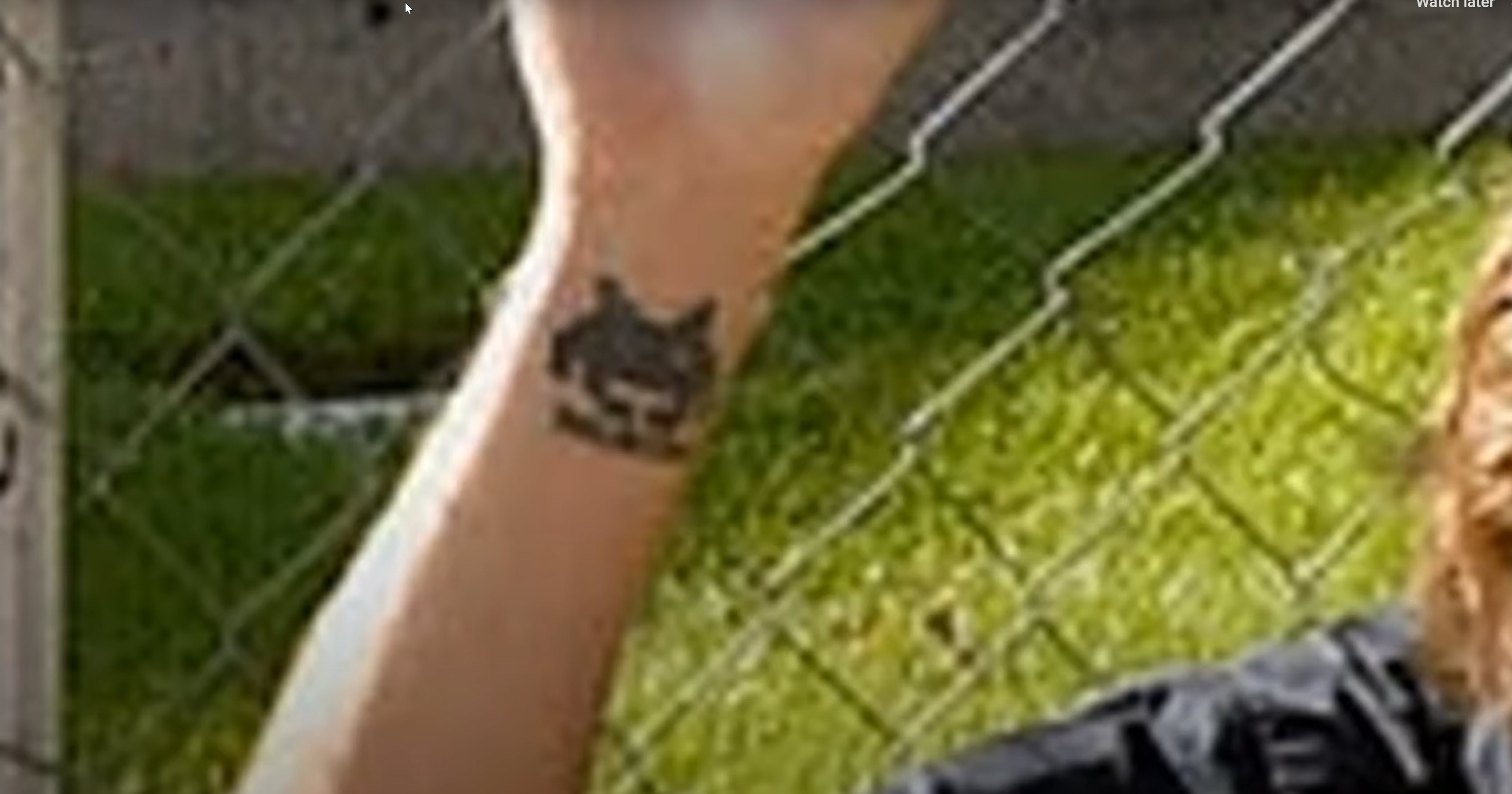 That tattoo was fed into image scanning software, which was then run against known databases of images on social media companies.  Lo and behold, the software got a hit with Matt Dolloff's Facebook and Pinterest accounts.

Photos from those social media accounts show Matt Dolloff, and his wrist tattoo! 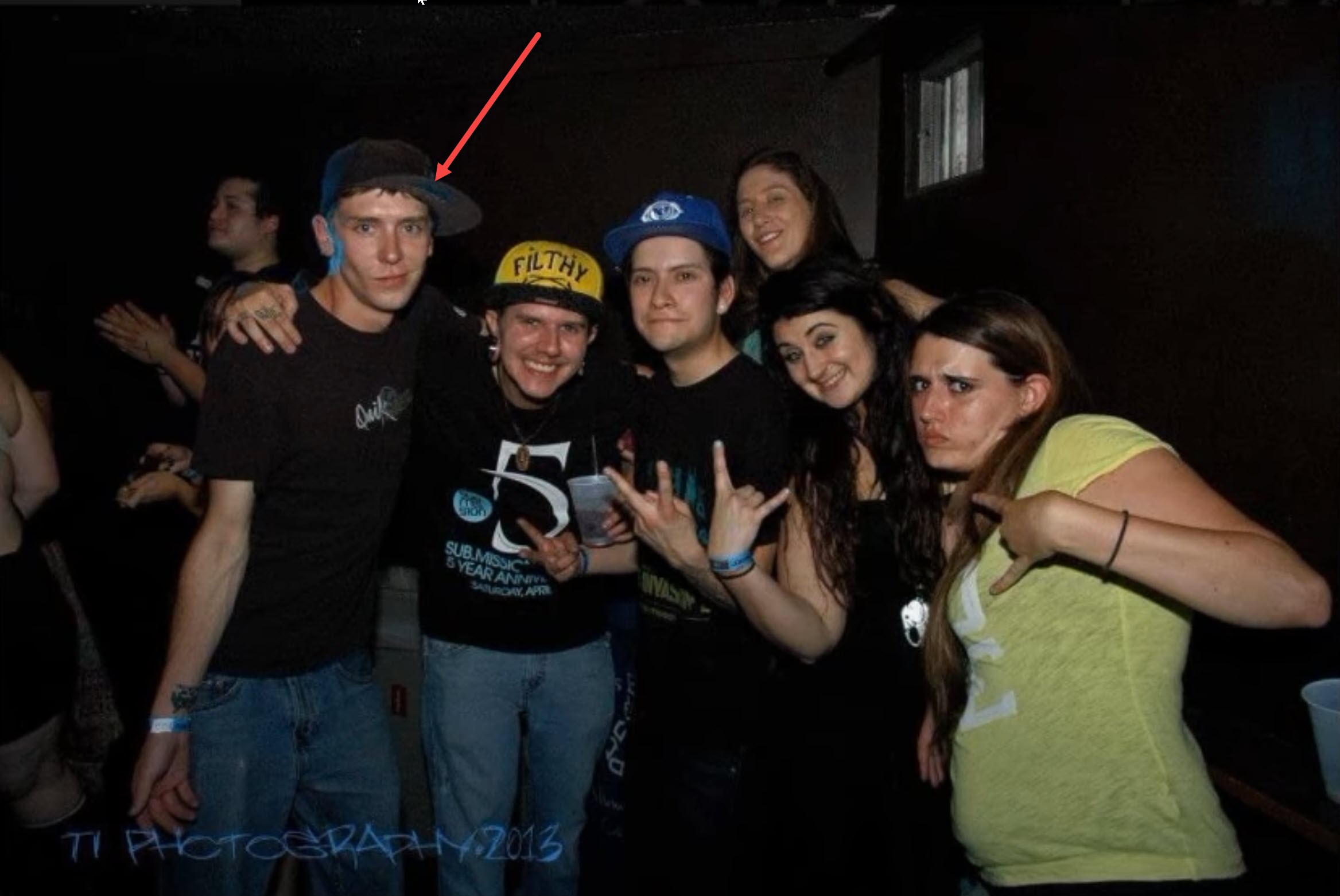 Here he is marching with the "Occupy" Movement: 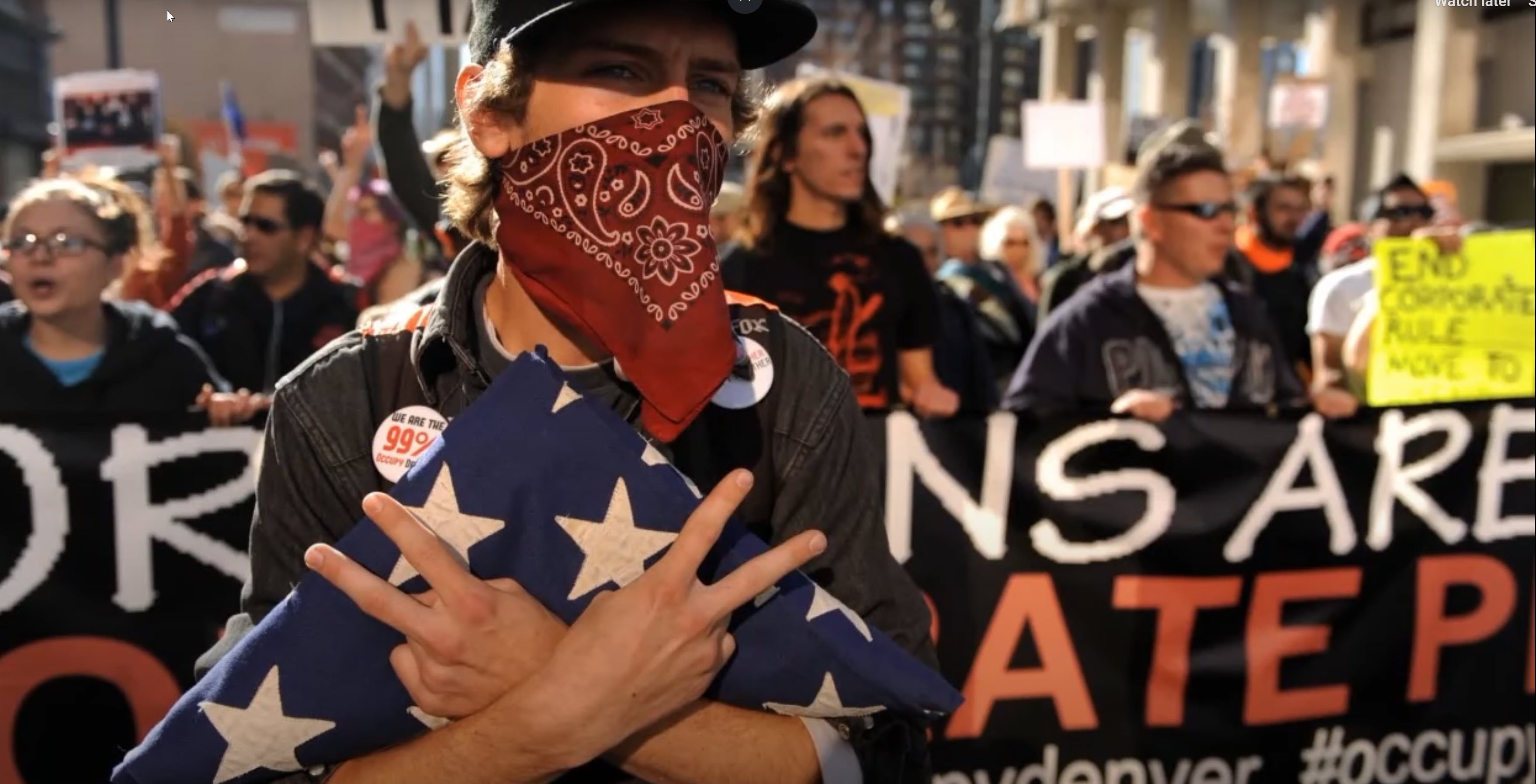 Here he is with his "anti-Capitalist" (Commie) Pals: 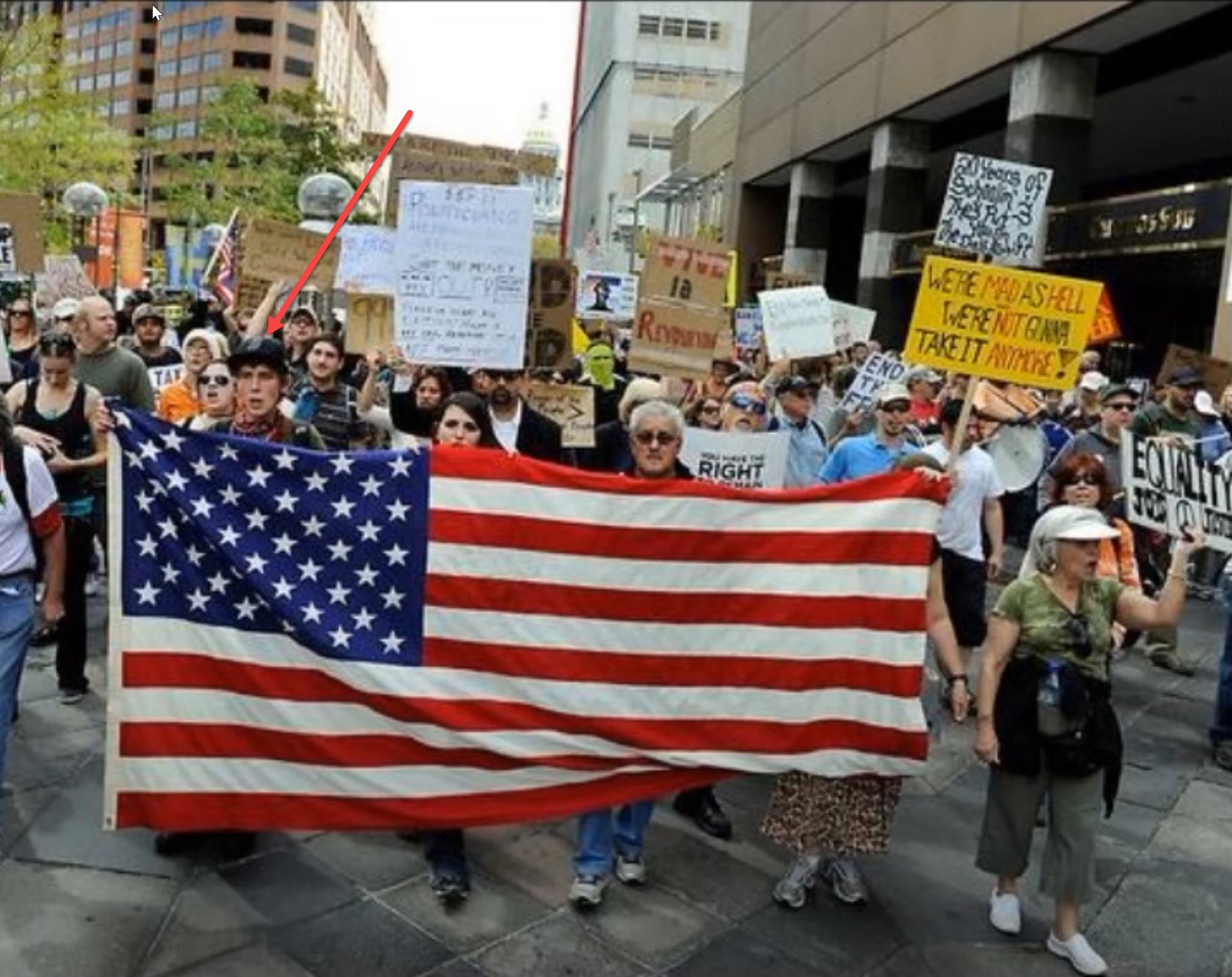 Additional imagery shows a car belonging to the shooter, being searched by police.  Notice the Bumper sticker:  "Bernie." 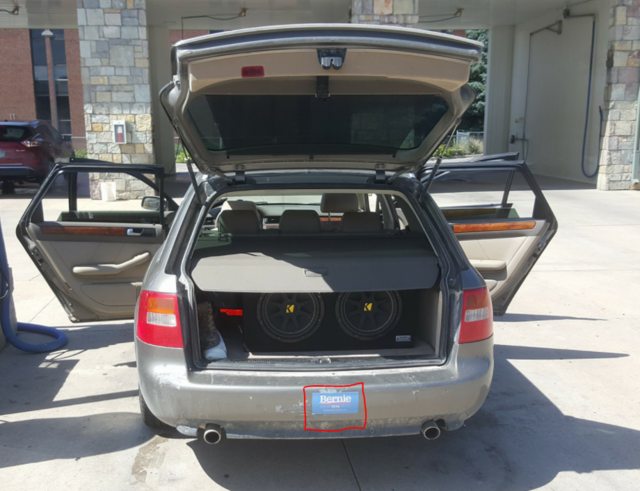 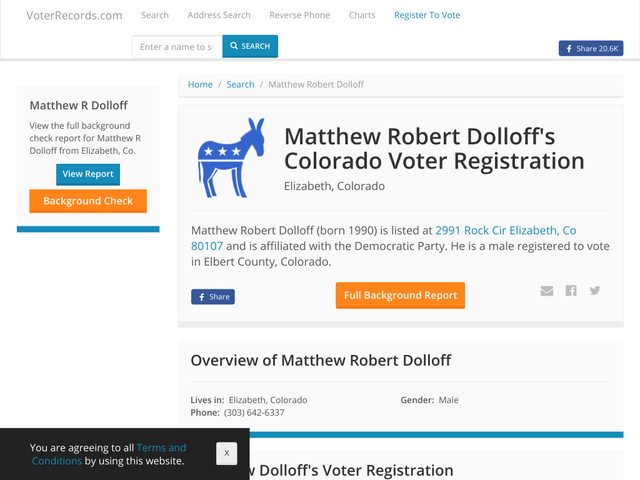 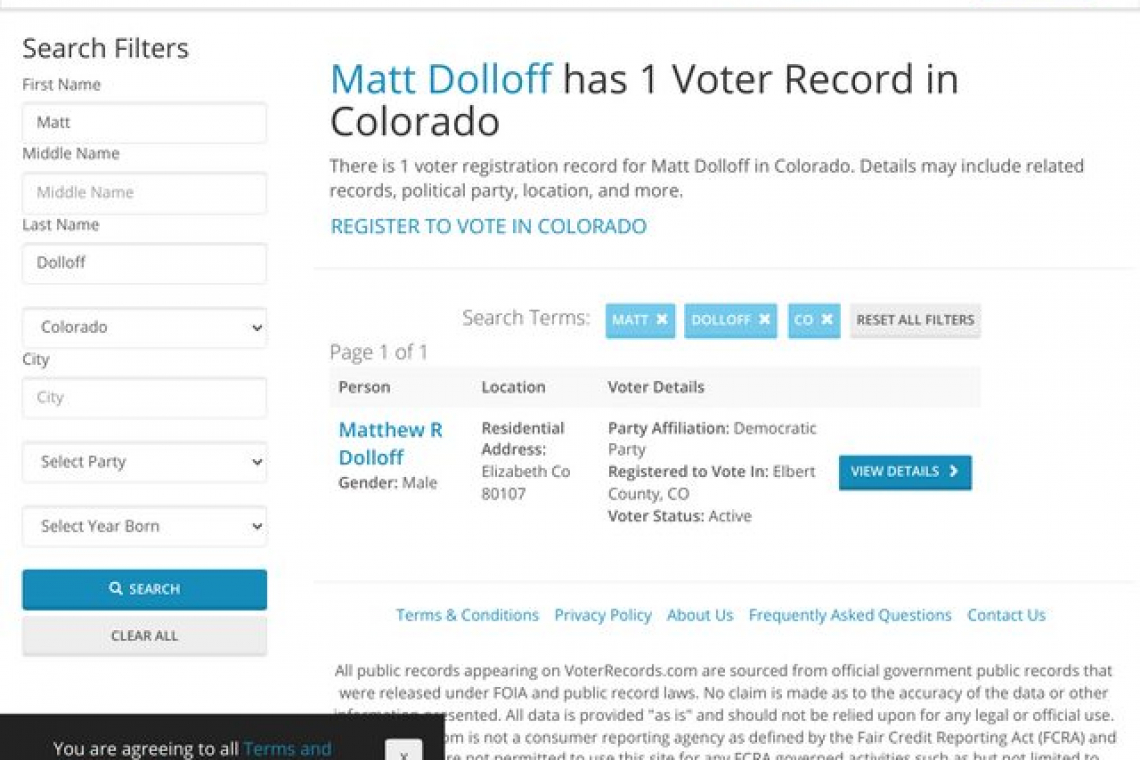 Police HAVE NOT revealed the name of the shooter as of early Sunday morning.  However, based on the info above, we entered the name Dolloff into the Denver County Sheriff's Inmate Search Engine and came up with this arrest record:  FIRST-DEGREE MURDER 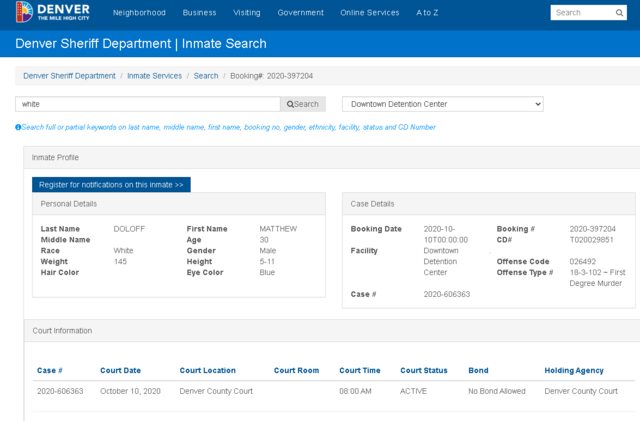 As you can see above, the Booking Date and name all fit.  Thus, we are able to conclusively report that Left-wing Democrat Matt Dolloff murdered a Trump-supporting, "Back-the-Blue" patriot at the Denver "Back-the-Blue" rally yesterday.

Civil War is literally upon us.  They're killing us openly.

We did not seek this.  We did not ask for this; it has been thrust upon us.

Take appropriate measures for your safety and be ready after the November 3 election.

These cold-blooded murders of right-wingers should be forefront in our minds as we head out AFTER ELECTION DAY to deal with these murderous leftists, once and for all.