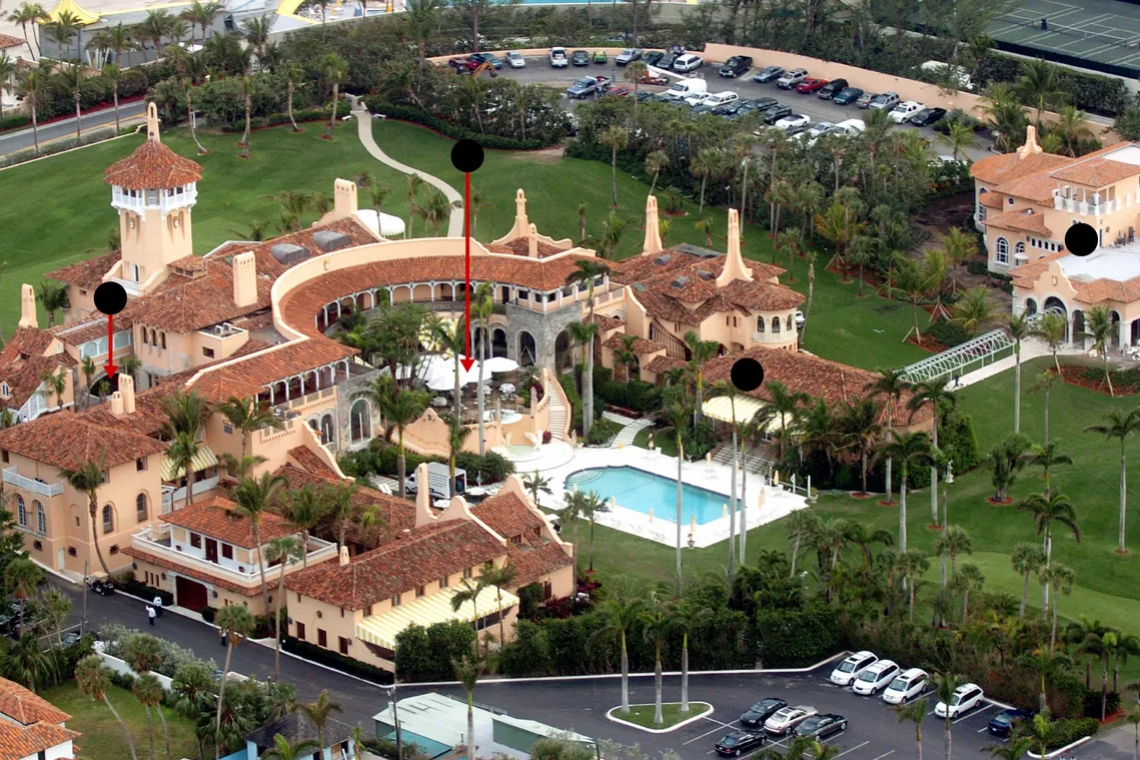 FBI Agents are executing a Search Warrant against the home of President Donald J. Trump at Mar-a-Lago, in Palm Beach, Florida at this hour.

The President issued a statement: 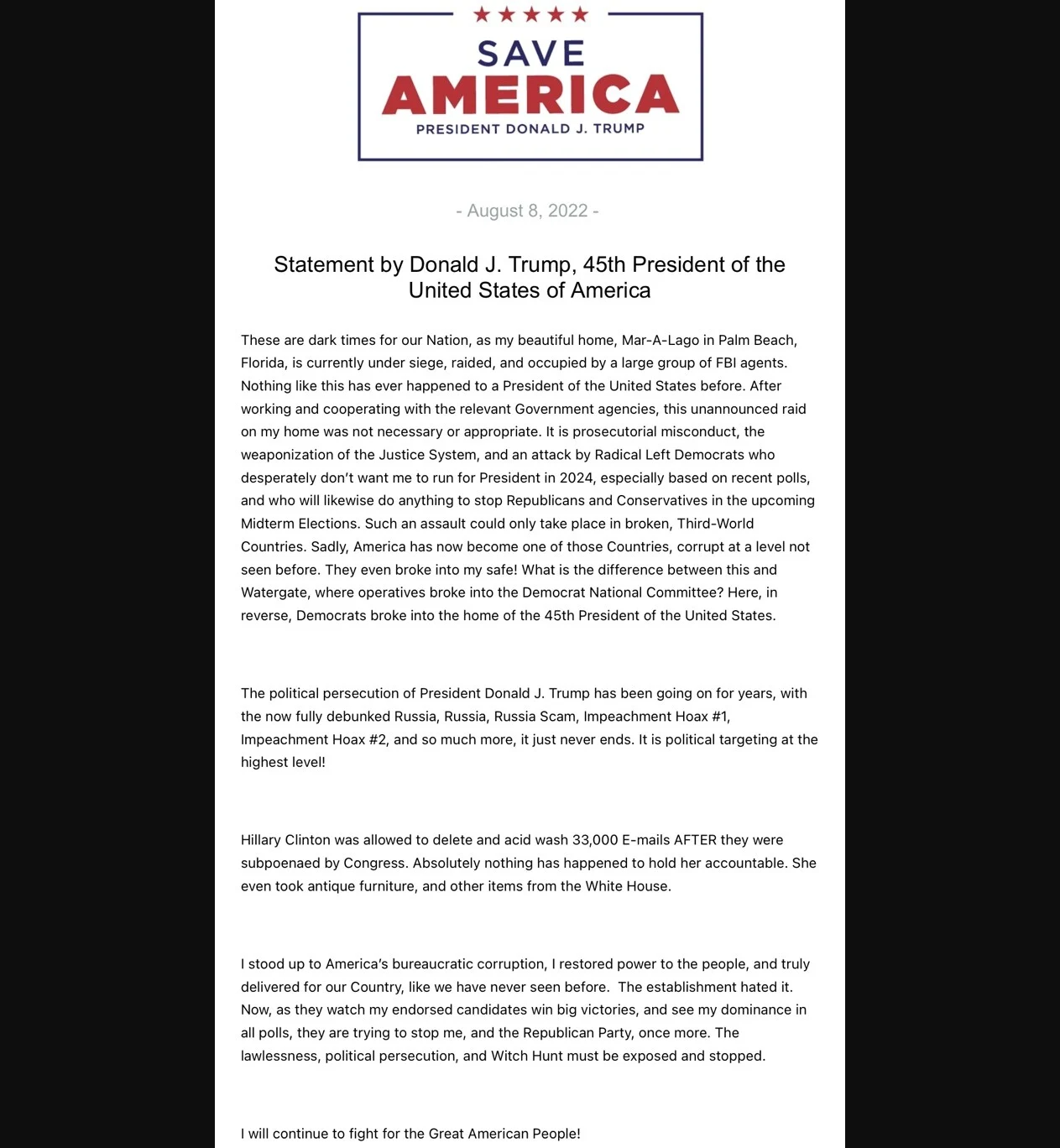 I’m not surprised. Anything to try to make him not run again and take focus off the failures of the democrats before midterms

Pathetic. Our government is against half the country. Plain and simple.

But there's this huge Psy-op that's been ongoing for years, calling itself "Q" and "Q-Anon."  They've been telling millions of people "This is all part of the plan. The deep state is panicking because Trump . . . . .   (insert some nonsense here, like    . . .  Trump had holy water in that safe he's going to use to resurrect JFK Jr (watch the water) and in two weeks they'll arrest the deep state and hang them all at Gitmo because the patriots are in control."

Or maybe they'll just keep it short and sweet by saying something like "Say it again. The deep state is panicking. The patriots are in control. That's why all those people had to be killed and injured by the vax because Trump is playing 256d chess."

Millions of you fell for it.

Now that the FBI is raiding Trumps estate at Mar-a-Lago, will you finally pull your head out of your ass, accept that you've been "had" and made a fool of -- for years -- and start taking action?

You see, the people doing this to Trump right now, will go so far as to kill.   They've done it dozens of times before:

The FBI knew in advance the Pulse Nightclub shooter (Omar Mateen) and were tipped off by the local sheriff. 53 dead.

• The FBI knew in advance of the Sandy Hook shooter (Adam Lanza). 26 dead.

• The FBI knew in advance the Boston Marathon Bombers (the Tsarnaev brothers) tipped off by Russians. 3 dead, hundreds injured.

• The FBI knew in advance of the Fort Hood shooter (Nidal Hasan). 13 dead.

• The FBI knew in advance of 9/11 that terrorists were training in US flight schools and had plans to fly planes into buildings. 2,977 dead.

• The FBI suppressed a massive amount of evidence concerning McVeigh’s accomplices of the Oklahoma bombing. 168 dead.

• The FBI knew in advance and facilitated 1/6.

In my view, the FBI has become a bona-fide domestic terrorist organization, weaponized against it's own countrymen.

Until the American people step up and engage, this type of Banana-republic abuse of power will not stop.   It will only get worse.

These people, who overthrew our government with a fraudulent election in 2020, will not stop until they ARE stopped.

Those are the facts. They are not in dispute.