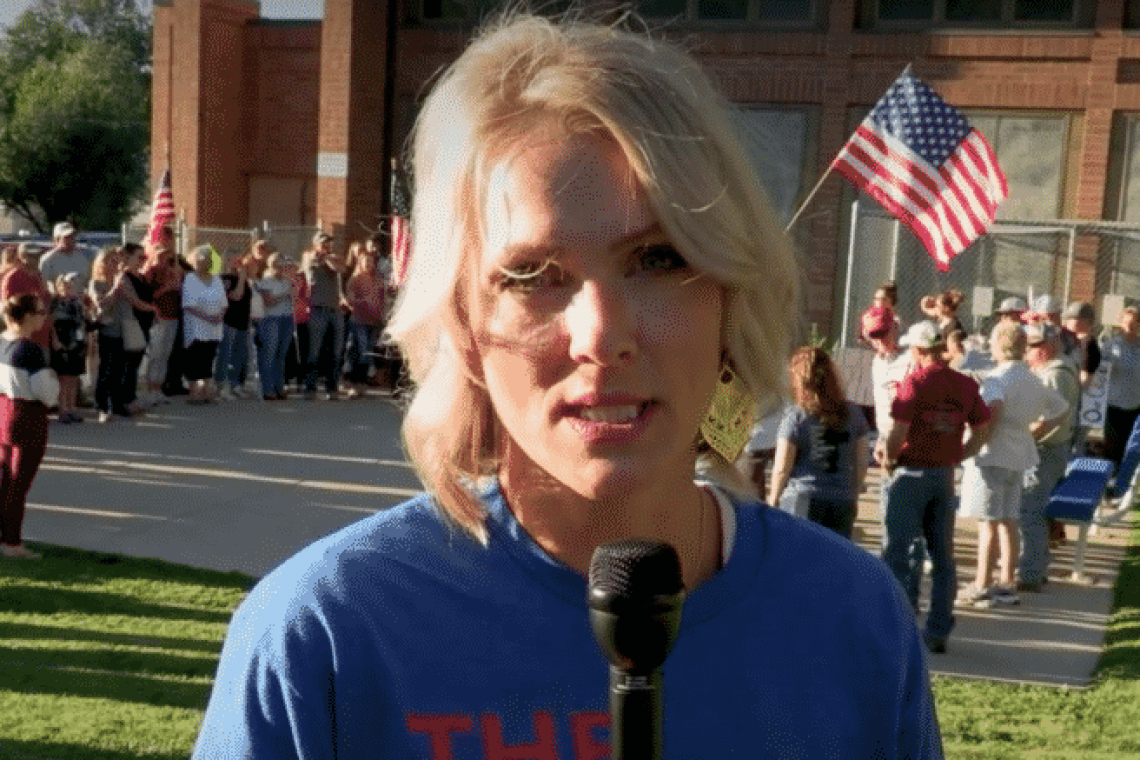 I the first known case of the federal government making good on its promise to not only intimidate but actually carry out a raid on a mom who was involved in her local school board politics, an FBI SWAT team raided the home of an activist mother of three in Colorado on Tuesday, Nov. 16, knocking down her door, bursting into the house with guns and handcuffing her while she was homeschooling her children.

You need to start your hourly digital counters on the 24th Nov at 5 p.m. Rome Time. At that time it should be already MIDNIGHT of the 24th, going to the first hour of the 25th.

You need also to start your 16 hrs digital date/calendar clocks in the same way at the same time, fixing it at 00:00 of the day 25th November.

No, we did not expect the destruction of Vatican and Rome on the date of this millennial lunar e clipse. It should take place on the 4th of December (on the 24 hours of day basis)!

delouse FBI from all the ham haters.

The U.S. Department of Justice and Attorney General Merrick Garland issued an Oct. 4 memorandum directing federal, state and local law enforcement to look for parents to prosecute nationwide who may have made “threats” and made “harassing” phone calls to school board members nationwide, equating such parents to domestic terrorists.

Yes, I suppose kids should have deployed their squirt guns and get fenestrated by a hail of real bullets
# I suppose that Tennesseans will always remain Tennesseans! — Harnaś 2021-11-19 18:32
Quote:

We have not been able to expect more from Tennesseans since before Alamo and Davy Crockett!
# Not to speak for DR — Paul Lambert 2021-11-21 07:18
Those of you in North America might have weather radios. Sadly, we don't have weather radio elsewhere in the world, but I know that there are radios that have standard AM and FM with WX built in and one can set them so that when a weather alert goes out, the commercial AM and FM channel you are listening to will automatically cut out and the radio will switch to the weather alert. Once the alert is over, the radio switches back to station that was on before.

Now, what I am thinking is for a neighbourhood to set up some kind of non-organised volunteer response team. A local radio transmitter can be set up that broadcasts on one of the unused weather frequencies. If someone is being threatened in the manner as in this article, or by any other emergency, that someone can SMS or dial an automatic responder that triggers the WX transmitter and sends an alert to everyone in the volunteer response team to rush to the location. They might not even have to bring guns. Bring video cameras. Many a camera has been used to mitigate the worst overreaches of government bodies.

That said, there may be instances when guns will be called for.
+3 # Absolutely with lethal force..... — wardoc 2021-11-19 15:28
It is way past time to pussyfoot around and talk the talk without the walk. The tree of liberty is very thirsty and talk is no longer relevant.
-1 # Not time for lethal force — ecsmith3 2021-11-19 15:16
I disagree. Too many innocent lives at stake. Until it is your kin that has their blood spilled, there is no cause for violence. Go after the agency through the courts, The judicial syst6em occasionally gets the right result and that is where criminal and civil disputes are resolved.
+6 # RE: FBI raids house, terrorizes family of mom who protested local school board, elections — Bruce Oxenford 2021-11-19 13:55
This is most likely due to the Grand Junction County election fraud investigation and substantial Federal Investigations.

Hal, please keeps scratching to see what else is below the surface, it may be a gold mine. Thanks dude.
+6 # "FBI AGENTS FEEL PROUD" — t.n.kuss@hotmail.com 2021-11-19 12:52
It must give "A Special Sense Of Pride To FBI Members And Agents Knowing The FBI SWAT TEAM Raided a PTA Mom's Home Not Having To Kill The Kids, Father, and Mother for Being Domestic Terrorists." Lesser Law Enforcement Organizations "Might Have Shot And Killed The Whole Family." So let's All of us give "A HEARTY WELL DONE FBI MEN AND WOMEN OF HONOR, INTERGRITY, AND COURAGE!"
+3 # Wondering ....... — NHydg 2021-11-19 12:50
This "Coming Civil War" THEY talk about .........is this to be a war of the people against the govmnt forces controlled by demonic influences ? ? ?????
+7 # Lucifer is loose .... mindless zombie controllers — NHydg 2021-11-19 12:34
These guys do not know what they do ....they are controlled and go mindlessly by the control of Lucifer and the demons. The demonic control SYSTEM is coming to torment. Those that are able and ready to fight will be needed to defend those that cannot.
+1 # Kill all demons.... — wardoc 2021-11-19 15:30
as well as the demon infested.
+5 # Fbi — CJ 2021-11-19 12:16
Lenard Peltier.Thats all I have to say.
+5 # This is A Syn of the times as Jesus warned — Max S Stofle 2021-11-19 11:57
Last night a Blood moon ,They Did this on perpose Hal ,There Gonna get what there Beggin for a War ,They Can NOT!, Win ,When people start hunting down those cops ,They may change there tune ,But From my exsperience They are the Stupiedist Morons I've ever Know ,Satanist ,The Sad thing is our Enamys will use this civil war to there advantage ,But ,Be Joyfull Jesus is Comming soon ,If I had the money the ,Physical abiliety ,I would be there to Sapport a American ,Patriot ,REZIST the Borg ,My Heart and prayers are with her and her Children ,How U cops look yourself in the mirror arresting a women and ruffing up children ,Sad pathetic ,God have Mercy on your SOULS ,God Bless u Hal ,Thank u ,Peace Tom
+2 # They gave it their best shot — Aravinda 2021-11-20 00:49
but they were not successful. I woke up at the end of the eclipse. I couldn't go back to sleep, had a terrible feeling of dread, so I spent 2 hours praying and finally fell asleep. Got up again a couple of hours later and went outside and it was a beautiful morning. Listening to the verdict for Kyle was very moving, and i suppose many felt the same way.

The energy changed after that and world wide something has shifted for the good. More people need to step up and exchange their fear for faith. There are things worse than death and many who taken the mark will experience them.

It is not over yet, but "they" are out of time and the separation of the wheat and chaff shall
continue.

We need more prayers, more kindness and good towards each other.

The people are finally realizing what many have been warning them about for a long time and are waking from an unconscious state.

Her county sheriff can make sure those fbi agents are arrested and tried personally since they have violated their oath and no longer represent the government. It is important we all get to know our county sheriffs and educate them and ourselves about the law.

It is important also to realize "they" are not doing anything they have not always done, and it is past time for the people to do something different and stop complying and enabling tyranny. This will only stop when the people demand that it stops.
+9 # Maybe the First Mom... — LassieLou 2021-11-19 11:48
Who went up against the local school board.But,we in the NW lived thru Ruby Ridge....right along with the Weaver family,we watched,we protested,we PRAYED for that family,I STILL pray for them & I will pray for this Mom & her family.......we seen what they did then & what they're doing now......somehow,someway it needs to stop
+1 # the same thugs — Aravinda 2021-11-20 00:56
who harmed the Weavers and others irreparably are now going after everyone else.

If the people had cared enough to demand justice on a large scale back then, these criminals would not be able to continue the creation of their police state.

It will stop when enough of the people realize they have been enabling tyranny and evil and repent and undo the damage they have done.

Bless you and all those who have been harmed, known and unknown, and all who are fighting against this evil that has been doing the same thing over and over again for a millennia.
Refresh comments list
RSS feed for comments to this post
JComments
by sur.ly
100% Trusted Informational Platform Website 2021