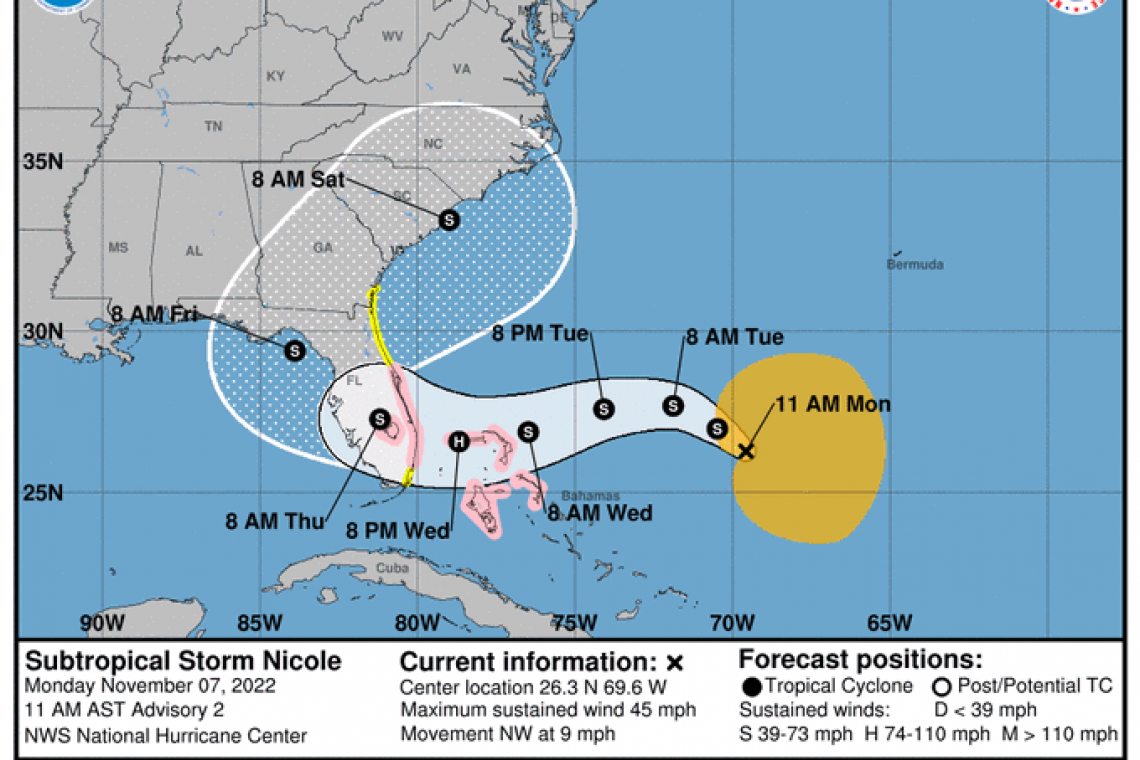 Another Hurricane is forecast to hit Florida, this one to make landfall in southeast Florida Wednesday night-into-Thursday morning.

As we approach these last days before the mid-term election, I share with you a link we created to provide the voter public real time online tools to report suspicious voter activity and fraud.


At this link you will find information you can share with other groups and individuals to let them know what steps to take if they see fraud or suspicious activity. The completed forms go to a team of attorney’s monitored by Patrick Byrne’s the America Project, who can evaluate them and file them in court. Here is how the forms work:

Most voters when they see suspicious voter activity don’t know how to report it. Now these forms give every voter a convenient way from their mobile device a quick and easy way to complete and submit a form that produces a Legal Declaration and that will be filed in court within minutes of an incident.

These forms can be used by any organizations concerned about Election Security. With past elections it took days after an election to prepare, sign and gather declarations and by that time it was often too late to address the election problems while it could still have made a difference.

These Voter Election Forms, give the public a real-time reporting tool they can easily access from their mobile devices thereby giving the public a way to report incidents quickly, including listing witnesses, participants and attaching photos of evidence in real-time while there is time to impact the election outcome.

If we get these forms in the hands of every Voter, they will serve as a deterrent. Every cheater has to worry who will see, record and report them. These forms empower ordinary voters to restore free, fair and clean elections the public can trust. Let me know if we can help or answer any questions.

Okay Stalin.
Plus its just a hurricane.. its not even that big of a deal. Not even news worthy.
# RE: Not nice — The Deplorable Renegade 2022-11-08 11:04
Let me chime in. I spent 7 years in Miami and the only reason I left was my wife being killed by a drunk driver. I still have in-laws there. So whoever said let FL go underwater needs to STFU.
+1 # Head of US Nuclear Forces Claims Ukraine ‘Just a Warmup’ for ‘Very Long’ Struggle With Russia, China — White Lightning aka Raptor 2022-11-07 16:44
US Navy Adm. Charles Richard, the head of US Strategic Command, recently warned the US would soon face a protracted conflict with China unlike anything it’s faced before. Stratcom is responsible for handling the country’s nuclear weapons, as well as the suite of defensive and offensive information capabilities termed C4ISR.
“We have to do some rapid, fundamental change in the way we approach the defense of this nation,” Richard said at a Navy symposium last week.
“This Ukraine crisis that we’re in right now, this is just the warmup,” he said. “The ‘big one’ is coming. And it isn’t going to be very long before we’re going to get tested in ways that we haven’t been tested in a long time.”
Richard warned “the ship is slowly sinking” because China is fielding new capabilities faster than the United States, which will soon find itself outnumbered and outclassed on the battlefield.

The US is already behind China in the key field of missiles, with China fielding a generation of ultra-long-range cruise missiles, a bevy of ballistic missile varieties, and several varieties of hypersonic weapons for which the US has no equal and no answer. Beijing has also developed a radar capable of detecting stealth aircraft and begun equipping its newest warships with it, putting the US’ vaunted F-22 and F-35 fleets at risk.

If the US and it's pseudo-democratic Vassal states would just "Stand Down" and go away the world would be a better place. However, the US National Debt Clock shows US National Debt is at $31.264 Trillion, US Total Debt at $92.978 Trillion and US Unfunded Liabilities of $172.475 Trillion = Bankrupted. So it has to invade other countries and rob their assets.

Looks like this is what Russia was concerned about, massive flooding of the Kherson area.

Russia has announced Sunday that a major dam in the Russian-controlled region of Kherson was damaged in a Ukrainian strike using an advanced US-supplied system.

"Today at 10:00 there was a hit of six HIMARS rockets. Air defense units shot down five missiles, one hit a lock of the Kakhovka dam, which was damaged,"....

..."Everything is under control. The main air defense strikes were repelled, one missile hit [the dam], but did not cause critical damage."....

All of this chaos and evil are starting to get to me. Any one know of a safe place to hide? I'm thinking something like a cave in a hot climate. God have mercy on us.
+4 # RE: First :p — joe@tittiger.com 2022-11-07 16:56
Run towards the gun fire, and stopping it, should be our strategy not cowering.
Refresh comments list
RSS feed for comments to this post
JComments
by sur.ly
100% Trusted Informational Platform Website 2021