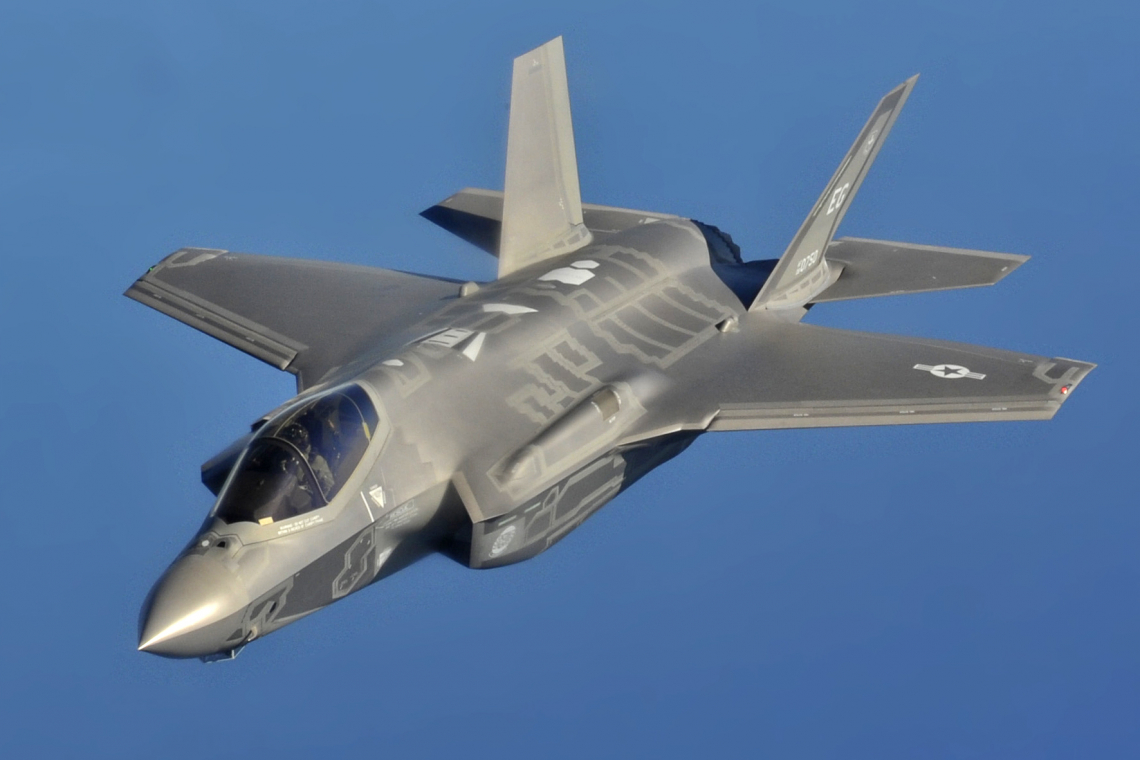 The Lockheed Martin F-35 Lightning II is an American family of single-seat, single-engine, all-weather, stealth, multirole combat aircraft, that is intended to perform both air superiority and strike missions. It is also able to provide electronic warfare and intelligence, surveillance, and reconnaissance capabilities.  Turns out, it doesn't do most of those things very well.  At all.

On Jan. 14, 2021, then-acting Defense Secretary Christopher Miller labeled the JSF a “piece of [expletive].” Then, on March 5, 2021, House Armed Services Committee Chairman Adam Smith (D-Wash.) called the program a “rathole,” and asked whether it was time to stop spending that much money for “such a low capability?”

The JSF has become the embodiment of the Defense Department’s (DOD) broken weapons acquisition system, which has been on the Government Accountability Office’s High-Risk List since 1990. The F-35 was originally conceived as the low-end of a high-low strategy consisting of numerous cheap aircraft that would replace Cold War workhorses like the F-16 and A-10, among other aircraft. The plan was for the JSF to be complimented by a smaller fleet of more advanced fighters, to be developed later.

The program has been under continuous development since the contract was awarded in 2001 and has faced innumerable delays and cost overruns. Total acquisition costs now exceed $428 billion, nearly double the initial estimate of $233 billion, with projected lifetime operations and maintenance costs of $1.727 trillion.

On April 26, 2016, then-Senate Armed Services Committee Chairman John McCain (R-Ariz.) called the JSF program “both a scandal and a tragedy with respect to cost, schedule and performance.” In February 2014, Frank Kendall, then-under secretary of Defense for acquisition, technology and logistics, referred to the purchase of the F-35 as “acquisition malpractice,” a description that has yet to be improved upon.

The JSF has been plagued by a staggering array of persistent issues, many of which were highlighted in the fiscal 2019 DOD Operational Test and Evaluation Annual Report, which revealed 873 unresolved deficiencies including 13 Category 1 items, involving the most serious flaws that could endanger crew and aircraft. While this is an overall reduction from the 917 unresolved deficiencies and 15 Category 1 items found in September 2018, the report stated that “although the program is working to fix deficiencies, new discoveries are still being made, resulting in only a minor decrease in the overall number of deficiencies.”

Many of the problems with the program can be traced to the decision to develop and procure the aircraft simultaneously. Whenever problems have been identified, contractors needed to go back and make changes to planes that were already assembled, adding to overall costs.

Despite the abject failure of the JSF, the DOD is revisiting the high-low approach. According to Air Force Chief of Staff Gen. Charles Brown, the F-35, intended to serve as a low-end utilitarian aircraft, is now a high-end sports car: “You don’t drive your Ferrari to work every day, you only drive it on Sundays.” On March 10, 2021, the Air Force accepted delivery of the first of 144 upgraded F-15EXs. Brown is targeting the fiscal 2023 budget request to fund an F-16 replacement. The old low end has become the new high end, and those F-16s and A-10s still need to be replaced.

Although it has an extraordinarily poor track record, killing off the JSF entirely will prove difficult. According to a map showing the economic impact across the country on Lockheed Martin’s F-35 Lightning II website, the only states that do not have at least one supplier for the aircraft are Hawaii and North Dakota. This gives all but two representatives and four senators more than enough incentive to not only keep greasing the wheels, but also to add 32 earmarks for the JSF program, costing $10.6 billion, since fiscal 2001. There has also been significant investment in the program by NATO members and other allies. The best taxpayers can likely hope for, barring an uncharacteristic recalibration with reality from the Pentagon, is that the program gets significantly scaled back.

The DOD is at an inflection point. The design by committee, Swiss Army knife approach has been a resounding failure. Moving forward, the Pentagon must avoid purchasing aircraft prior to completion of the design and development phases and reduce the red tape that has slowed down the process. In the interim, the time has come reduce the cost and scope of the F-35 program.

Or perhaps not.   With Ukraine massing troops on the borders of two breakaway oblasts (states) and Russia publicly warning it will react swiftly to any Ukrainian attack upoon those states . . .

and with NATO carrying out 'Exercises" in the precise same area as a Ukraine/Russia conflict is likely to erupt . . .

Russia may save the United States taxpayer from the F-35 program, by blowing most of them out of the sky if NATO enters any Ukraine/Russia conflict.

Blowing the planes up in combat would be a tragic loss for pilots, but showing the $1.7 TRILLION program as an abject failure during actual combat might be exactly what's needed for the Pentagon to get its head out of its ass and force politicians backing this "rathole" of government spending, to finally put an end to it.