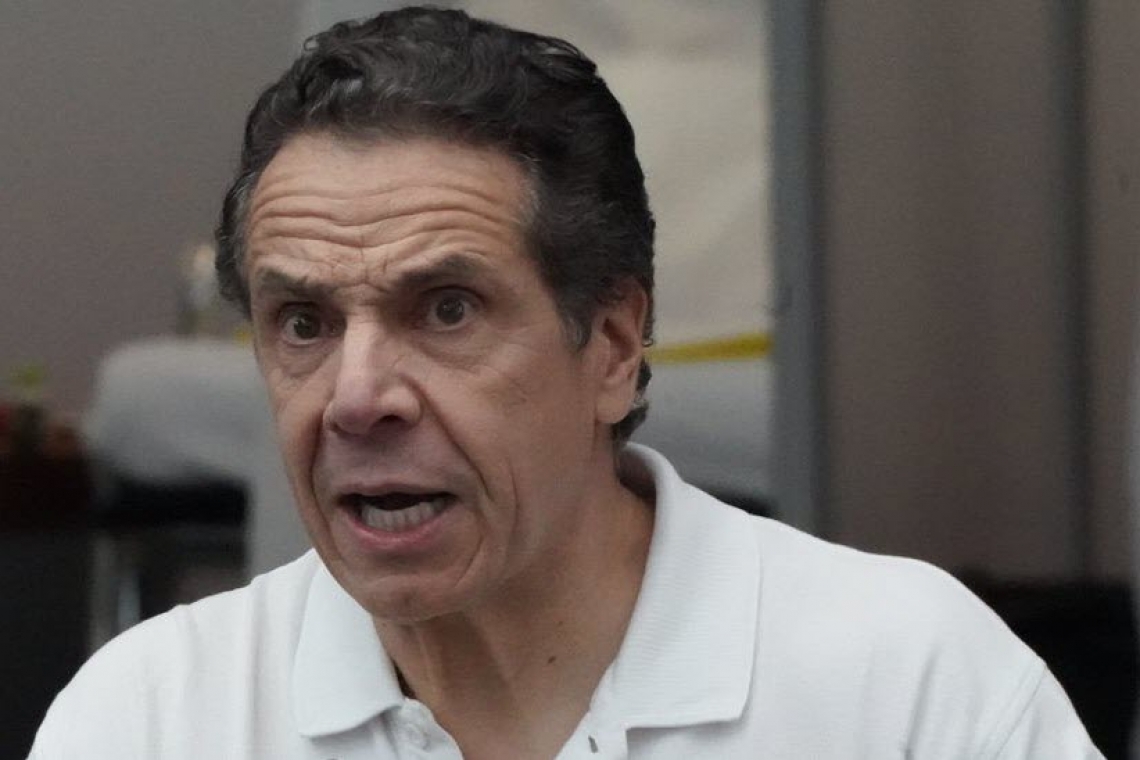 New York nursing homes were forced to accept more than 4,500 coronavirus patients from hospitals thanks to an order from Democratic New York Gov. Andrew Cuomo, a tally by The Associated Press found.  His order resulted in so many vulnerable senior citizens DYING, New Yorkers are now referring to the Governor as "Grandma Killer."

Cuomo has come under heated criticism for his March 25 order forcing recovering COVID-19 patients into New York nursing homes — a decision blamed for the state’s high body count among the elderly. The governor waited roughly six weeks before reversing the order on May 10.  In those six weeks, approximately 5,800 people died from coronavirus in those nursing homes.

The New York State Department of Health refused to release the results of an internal survey on how many coronavirus patients were placed in nursing homes across the state, the AP reported.

The health department is knowingly under-counting the number of nursing home deaths as a result of a quiet rule change made in late April, a department spokesman previously acknowledged following a Daily Caller News Foundation investigation.

The state changed the rules for counting nursing home deaths between April 28 and May 3, after Cuomo faced scrutiny for ordering nursing homes to accept coronavirus patients.

Until at least April 28, the health department was disclosing coronavirus deaths of all nursing home and adult care facility residents, regardless of whether the patient died at their long-term care facility or at a hospital.

By May 3, the state had made a subtle change to its disclosures, web archives show. The health department now only discloses coronavirus deaths of long-term care patients who died while physically present at their facility.

Put differently: A nursing home resident, who became sick at their nursing home and then died shortly after arriving at a hospital, is omitted from New York’s tally of nursing home deaths.

The end result is a sharp reduction in the official number of deaths at many such facilities. New York is the only state with a major coronavirus outbreak in nursing homes to report those fatalities that way.

The RUMOR MILL is churning with claims that certain District Attorneys are considering charging the Governor with Murder in the Second Degree, Depraved Indifference.  The statute they are ALLEGEDLY considering is:

A person is guilty of murder in the second degree when:

1. With intent to cause the death of another person, he causes the death of such person or of a third person;  except that in any prosecution under this subdivision, it is an affirmative defense that:

(a) The defendant acted under the influence of extreme emotional disturbance for which there was a reasonable explanation or excuse, the reasonableness of which is to be determined from the viewpoint of a person in the defendant's situation under the circumstances as the defendant believed them to be.  Nothing contained in this paragraph shall constitute a defense to a prosecution for, or preclude a conviction of, manslaughter in the first degree or any other crime;  or

(b) The defendant's conduct consisted of causing or aiding, without the use of duress or deception, another person to commit suicide.  Nothing contained in this paragraph shall constitute a defense to a prosecution for, or preclude a conviction of, manslaughter in the second degree or any other crime;  or

2. Under circumstances evincing a depraved indifference to human life, he recklessly engages in conduct which creates a grave risk of death to another person, and thereby causes the death of another person;  or . . .

The Governor issuing an order forcing nursing homes to accept Coronavirus-infected persons, allowed the virus to kill thousands in those homes.

Since it was a foreseeable consequence that sending infected people into nursing homes would infect and kill others, it appears to SOME Prosecutors the governor is guilty of Depraved Indifference murder.

Of course, since District Attorneys ALL owe their jobs to that same Governor, the world will watch as those political appointees put their own finances ahead of murder, and do nothing to "Grandma Killer."