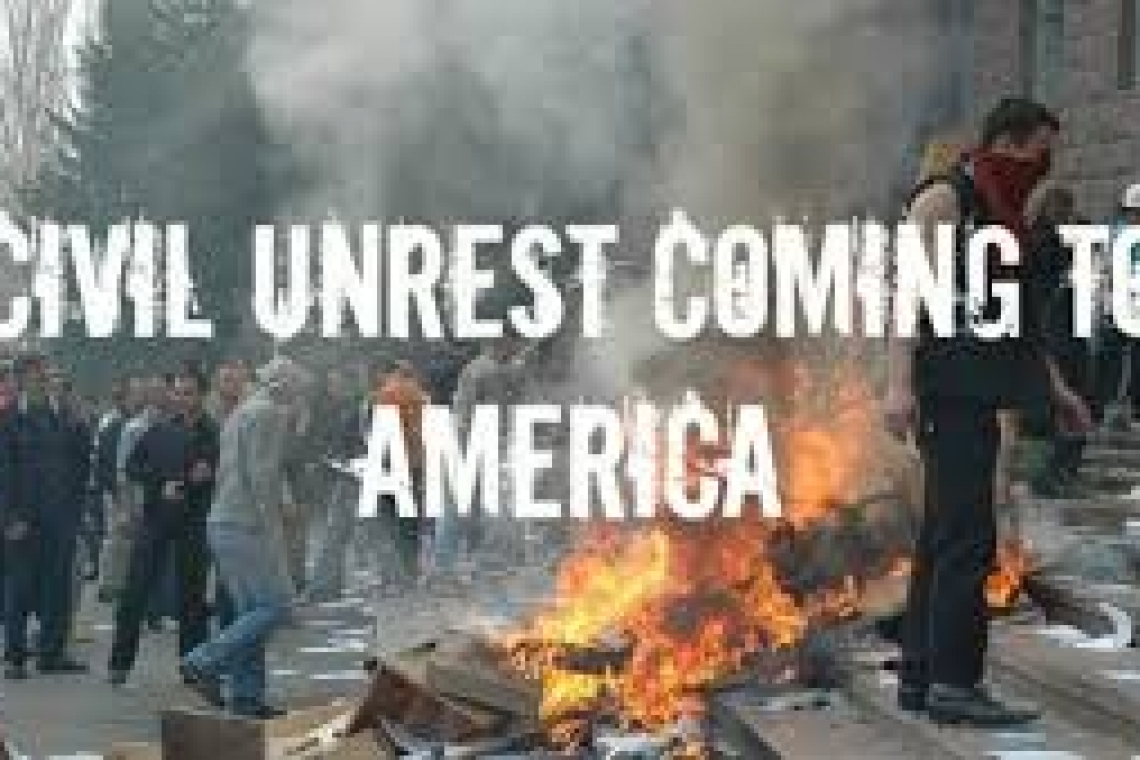 Back in August of 2001, I made a trip to Walmart to pick up some items for the house. In those days, I always picked up one box of ammunition whenever I went to a store that sold it. I did this until both of my gun safes were completely full of guns and ammo. That day, as I was putting my ammo away, my girlfriend got a look inside one of my gun safes. Thus, she discovered for the first time that I had thousands of rounds stored away. She was appalled and asked why I owned so many guns and stored so much ammunition. I calmly told her that I wanted to be prepared when we were hit with the first large-scale terrorist attack on American soil.

Much to my disappointment, this revelation caused my girlfriend to scoff at me and accuse me of being “paranoid.”  She even told family and friends that I was crazy. But just eleven days later, 9/11 happened. She later apologized for questioning my judgment. She realized what I already knew: It could have been much worse.

Make no mistake about it, folks. Terrorists will hit America again. There is also a serious prospect of either civil war or a Soviet-style breakup of America into nation-states in my lifetime. Indeed, it is exceedingly unlikely that America as we know it will exist when our children reach our age. If you think I am crazy, quit reading this column and return to playing your video games. The rest of the column is for those of us who live and operate in the world as it is but also prepare for drastic changes in our circumstances.

As we think specifically about which three firearms are best for dealing with large-scale civil unrest, it helps to imagine hypothetical situations. Imagine, for example, that a mob of Antifa “anti-fascists” decided to converge upon your town. In other words, imagine a typical weekend in Portland. Imagine further that the mob moved into your neighborhood and that they crossed your property line. Finally, imagine they were holding Molotov cocktails.  Now entertain a question:

If you were to come walking out on your front porch to defend your home and family holding one firearm with another strapped to your shoulder and a sidearm, what would those three weapons be?

I’ve given this a little thought. Here are my choices:

In addition to those who are recommending “assault rifles,” many are urging me to recommend the AR-15. I am sorry but I do not own one. The closest thing I own to one is a Ruger mini-14. But I will not be recommending that firearm. It is the least accurate rifle I own by a long shot (pardon the pun).

Instead, if visited upon by a violent mob, my semi-auto rifle of choice is Springfield’s civilian version of the M14. It can be fed with a 10 or 20-round magazine. I prefer 10-round magazines. This keeps the weapon light and maneuverable. Plus, it is all I need. I also prefer the 18-inch compensated barrel version of this rifle rather than the 16-inch version. It is loud and it kicks. Be forewarned: This is a man’s weapon.

Benelli M4 Tactical 12 gauge semi-auto. Please do not assume that I am going to go for the M1A first in a crisis situation. I am likely to reach for a semi-automatic 12-gauge tactical shotgun in order to create my own little safe space. If I do, it won’t be a Mossberg 930. I am sparing no expense and instead going for the more reliable Benelli M4. I cannot say enough good things about this shotgun. If you ever shoot one, you will understand why the price tag is so high. It is worth every penny.

Glock Model 20 10mm. Many readers were expecting that this slot would be filled by the Browning hi-power chambered in .40 caliber. Indeed, that would have been an excellent choice. However, that weapon is no longer in production. So I am defaulting to a favorite of mine. It has enough power to drop a black bear. It can even be used to hunt wild hog. Indeed, its knockdown power is similar to that of the .41 mag revolver. Best of all, it has a 15-round magazine capacity and is offered in a compensated barrel version, which helps to manage recoil. Some will say that this selection, like my first one, is overkill. But you won’t see me taking any chances if I have to reach for any of these weapons.