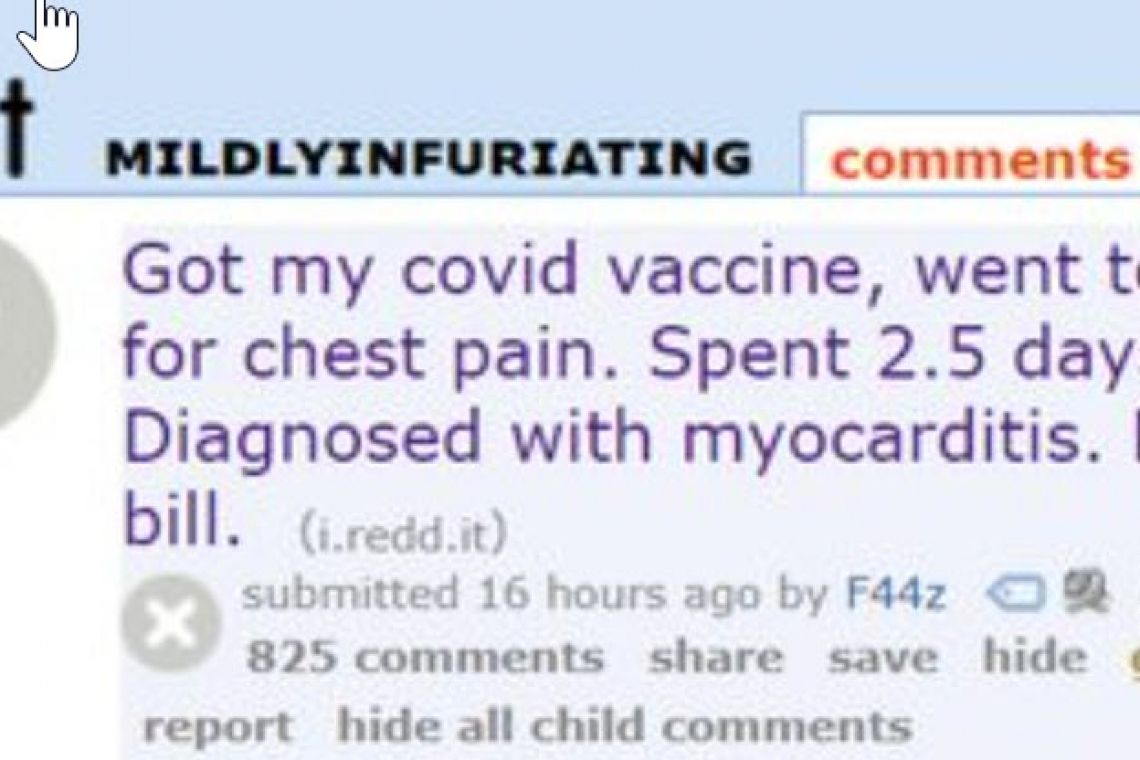 A user on the social media site REDDIT.com decided to get the COVID "vaccine."  Like so many others, he had a bad reaction to it and went to hospital.  The Bill: $58182.69     Stupid is, as Stupid does!

For those who may be unaware, Reddit is censored to the MAX about vaccines; say one thing against it, no matter how innocent, and your post is deleted. If you make a thread its locked.

The reddit community so brainwashed stupid its ridiculous really. No platform for open discussion; its 100% pro vax or GTFO. Here's what that stupidity cost one guy: 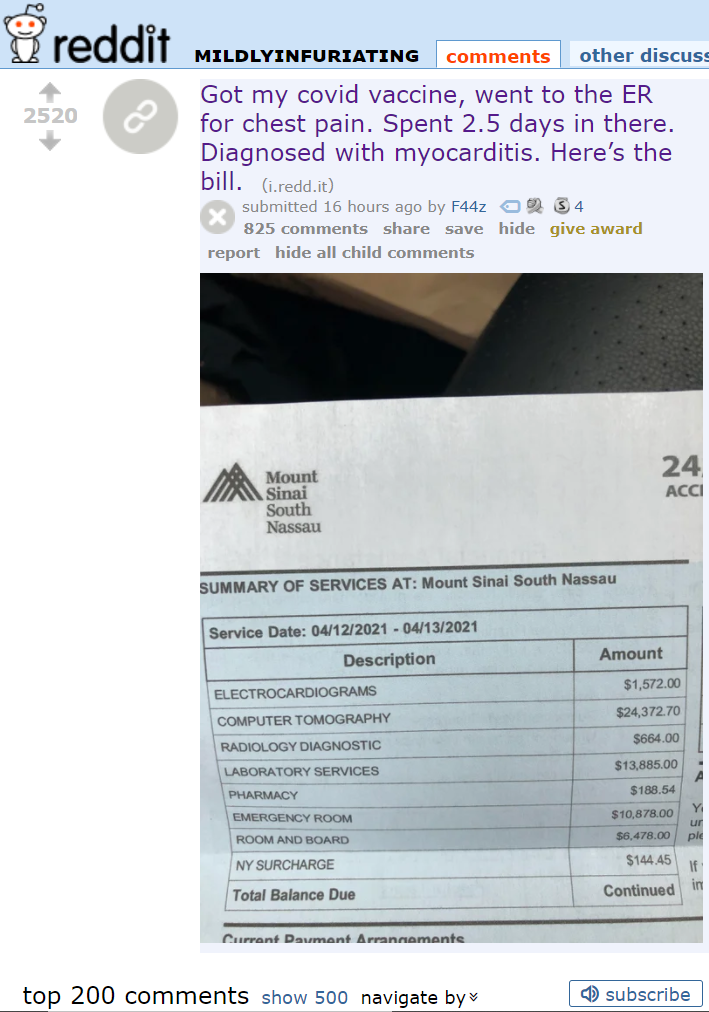 Pretty expensive virtue signal there. How is that free donut or lottery ticket for taking the shot working out for ya now!

This is what lack of informed consent looks like. The government and corporate mainstream media lied to this person about the safety and effectiveness of this vaccine and are actively covering up and censoring adverse reactions to it and order to sucker more uninformed people into taking it.

No doubt insurance will weasel their way out of paying it by using the excuse that is experimental and emergency use only and hasn't been officially approved for public consumption by the FDA and manufacturers have been absolved of all legal liability for death and disability caused by it.

Never mind that people are being bullied, peer pressured and lied to by the government and the corporate mainstream media about it's safety and effectiveness leading people to think it is officially approved when it is not because they are confused by the term emergency use only.

People think just because the public can get the shot and employers are pressuring and even threatening their employees with job loss if they don't take it that some how it's safe to take and has been officially approved for wide use when it is not.

They have really pulled the wool over the eyes of the public and duped them into taking it. It is shameful what is going on and illegal and immoral and violates the Nuremberg code of coerced and forced vaccinations and medical experimentation.  The general public are moving like lambs to the slaughter: 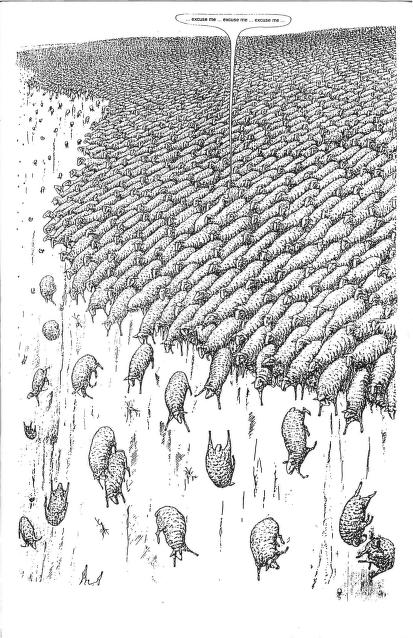 Worst of all, this same REDDIT dingbat, actually went on to say he'll take the second shot too!

So the guy took an experimental mRNA shot which hurt him very badly with myocarditis .   It cost upwards of $58000 for the injury it cost him and the moron says he's going to take the second dose????? If that isn't retarded, I don't know what is!   Maybe we should be calling users of that platform "REDDIT Retards."

It's an ego thing, these Vax sheep don't want to admit they made a huge mistake of their own volition. They have to justify it to themselves in order to not feel stupid/played.

Stupid is as Stupid does.