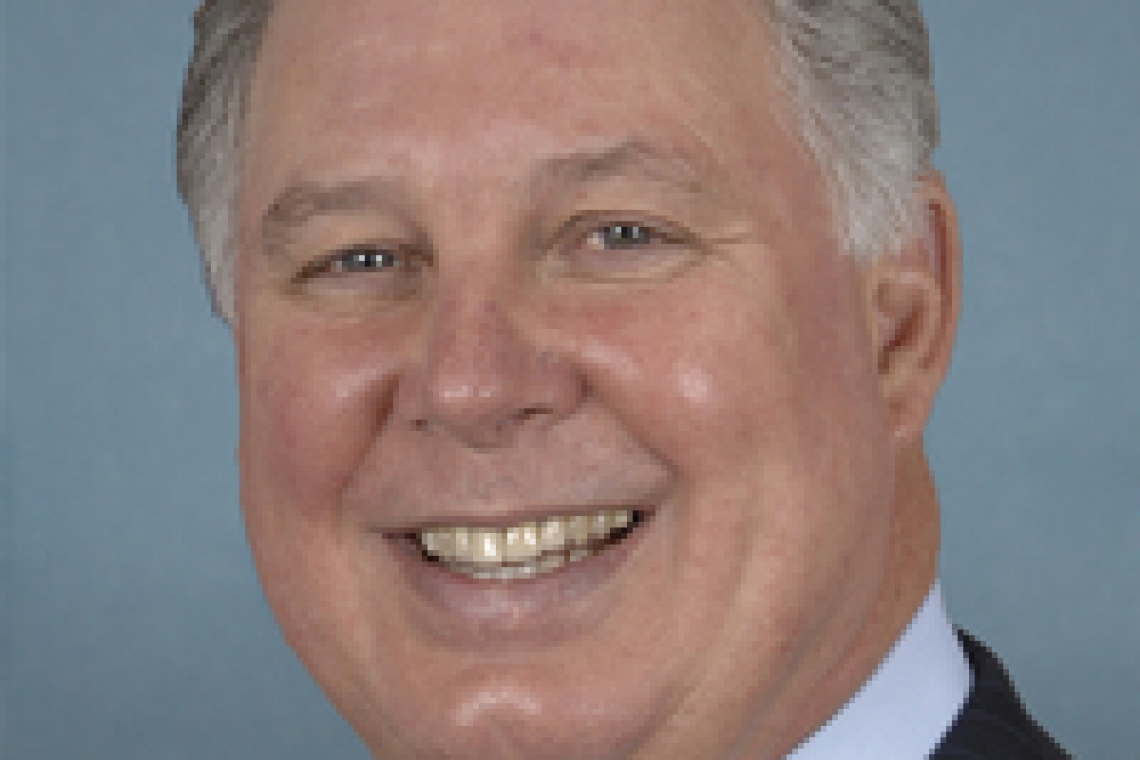 The House on Tuesday passed a resolution disapproving of Russia being included in future Group of Seven (G-7) summits in a 339-71 vote on Tuesday.

The resolution was introduced by Rep. Albio Sires (D-N.J.) [pictured above] in August after President Trump said in August he believed Russia should be readmitted into the G-7. Russia was expelled from the G-8 in 2014 due to its occupation of territory in Ukraine.

The resolution includes language reiterating the United States’ support for Ukraine while denouncing the country’s occupation of Crimea and destabilization in the region.

The measure also condemns the “Kremlin’s assaults on democratic societies worldwide, including in the United States and other Group of Seven countries,” and calls of the leaders of the G-7 to oppose Russia rejoining the group unless it ends its occupation of “ Ukraine’s sovereign territory, including Crimea” and attacks on democracies around the world.

“Time and time again, Russia has shown it has no respect for the territorial or democratic integrity of other nations,” Sires said in a statement after it passed out of committee. “ … Russia has not met any of the conditions but has become more aggressive in Ukraine and has undermined democracy in numerous other countries, including the United States.

In the interest of full disclosure, Congressman Albio Sires (D-NJ) is MY elected "Representative."  Sadly, this man's actions indicate to me that he is both disobedient and defiant of those he is paid to "represent."

In my personal view, Congressman Sires is trying to start a war with Russia, and trying to get ME, MY FAMILY and tens-of-millions of YOU, killed!

2) Kremlin assaults on democratic societies worldwide, including the US.

Both these points are fraudulent.

The citizens of Crimea VOTED in a free and open Referendum, to leave Ukraine and return to Russia.  Remember, Crimea was always part of Russia until former Soviet leader Kruschev GAVE that land to Ukraine about 50 years ago.  That land wasn't Kruschev's to give, and the people on that land have freely voted to return to Russia.  As such, there is no "occupation" of Crimea by Russia.

Congressman Sires Resolution is FALSE and FRAUDULENT on this point.

There have been no "Kremlin assaults on democratic societies . . ."   This claim is as fake as the so-called "Russia collusion" hoax perpetrated by the failed Hillary Clinton presidential campaign and the Democrat Party.   The Clinton campaign and its supporters in the former Obama regime, intentionally made up this fraudulent claim to destabilize Donald Trump, who defeated them fair and square.  The Democrat Party gleefully peddled this false claim for over two years until Special COunsel Robert Mueller issued his report showing the claim to be false.

Why then, is Congressman Sires perpetuating this LIE?

Why did so many other members of Congress vote in favor of this resolution when it is so clearly false?

They HAVE TO START A WAR to get several large US cities nuked, and Russia and China are the only nations on earth who can actually do that.

You see, Congressman Sires and a slew of others, have been around long enough where a large majority of the United States $23 TRILLION debt, has accrued with their votes.

That debt is now so large, that the US Gov't is rapidly approaching a point where they will not be able to pay all the INTEREST - never mind the principal.

But Congress cannot cut spending to pay off the debt because 85% of federal spending is "Entitlement" programs: Social Security, Medicare, Welfare, Food Stamps, Housing assistance and the rest.  If Congress cuts that spending, the affected people will vote them out.  Congress does not want to get voted out.

Well, if they cannot CUT spending, then how can they deal with the coming economic reality of being unable to pay even the INTEREST on the debt?   Easy: KILL OFF the people receiving the 85% of federal spending!

Where are most welfare recipients living?  The big cities.

What would a nuclear war target first?   Yep, those big cities.

Starting a limited nuclear war with Russia and/or China would therefore achieve both things CONGRESS NEEDS:   It would kill off the people getting the bulk of the free government money AND . . .

Congress could turn to our Creditors and say "the country is smashed, our people are dead, there's no way we can ever repay the $23 TRILLION.  We must have debt forgiveness.

The Creditors will have no choice but to walk away.

It's a "win-win" for the government.  They get to kill off the people they've been paying AND get to get out of debt.

When the war is over, these people think they'll come out from their secret government bunker holes in the ground, and get to continue in government!

Well, those who see this coming do not share that view.  When they come out of their secret government bunker holes in the ground, some of the people who survived, will likely hold them accountable.

But how many tens-of-millions of YOU will be dead because these people are shit-stirring with Russia, based on falsehoods?

“As stated in this resolution, Russia should be not be readmitted to the Group of Seven until Putin respects the principles shared by the other members, relinquishes his chokehold over Crimea, and ceases his global attacks on democratic institutions. Maintaining the integrity of the Group of Seven is vital to the Group’s success, and Russia cannot be allowed to bully its way back in," he said on the floor ahead of the vote.

The resolution passed out of committee unanimously earlier this year.