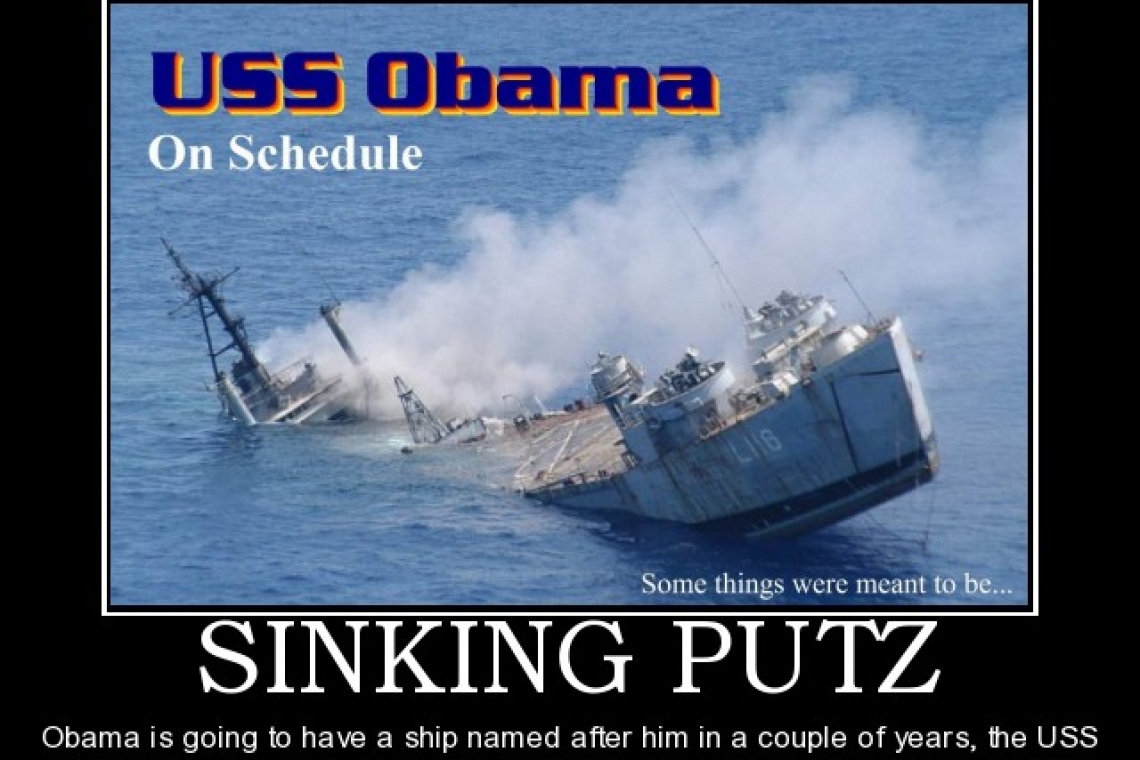 It shoots out money at enemies and flies a white flag.

Instead of calisthenics, all enlisted will be required to exercise running, carrying a television set.

No mess hall. Just EBT cards and a McDonalds.

It can take a torpedo up the stern and like it...

The vessel will be like his rectum; round and full of seamen.

Glory holes at all duty stations

Instead of showers it has bath houses.

It's secret weapon is a golden turd shot off the poop deck with a black ramrod.

Once deployed, it prevents enemies from receiving healthcare.

The poop deck actually is for outdoor shitting for the Kenyan crew.

The bowsprit is a lifesize nude Michael with a stiffy.

To turn it on you have to plug the exhaust.

It can take pink torpedoes in three bays at once.

The crew loooovesss playing with the big guns.

Call to prayer plays constantly once it's in international waters.

The chaplain will be well versed in black liberation theology... but will really be a Muslim.

Male ballerinas with 9 and a half fingers having dance offs.

Solar panels made of used heroin needles that cost 60 million each and don't do a damn thing.

No rudder, the damn ship just keeps turning left in a permanent circle.

Village People Playing over the PA 24/7.

On board goat pens for crew relief

When it docks in Saudi Arabia, it bows down.

It will only attack America.