If the USA and Russia Go To War, the ONLY Winner will be China - We're being set up 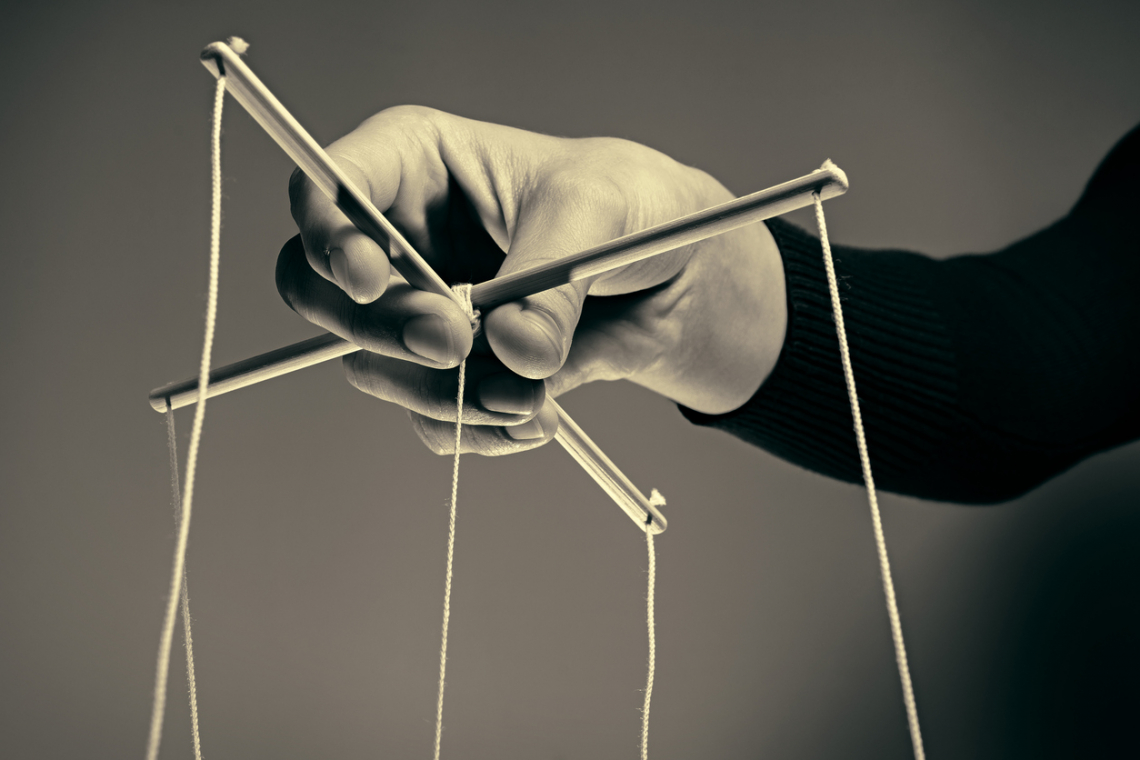 A gigantic computer hacking took place over the past few months, and it is being described as the worst attack against American government and corporate interests  EVER.   Government officials in the USA are already calling it a "Digital Pearl Harbor" and are now openly calling it an "act of war" blaming Russia for the attack.

We are falling into a carefully laid trap and if war breaks between the US and Russia over this incident, the ONLY winner be: CHINA.

+1 # Damnit — Doug Brown 2020-12-21 21:14
It isn't Russia, it's China.
When this comes down, I swear, the media and their masters, must severely pay. Nit a slap on the wrist, but real time to serve. Or executions. Harsh? Lying continually to the Americans has to have a price tag. Morning Joe, wicked Mika, Wolfe Blitzer, Rachael Maddow. There must be both a silencing and punishment.
+1 # New de Jour — Harnaś 2020-12-21 10:30
MAGGIE Haberman, such a nice Juif girl, CIA agent, NYT "reporter" as well as "CNN News Consultant" is the source of this: NO MARTIAL LAW" was decided in hours-long WH meeting yesterday. This means only one thing: Misinformation. Tighten your seat belts fellows. Insurrection Act declaration just just around the corner. Nice Juif girl Maggie was used by the WH to calm nerves of 99% of our brainwashed Bolshevik general public and give WH some more time to prepare roast for traitors.

https://i.ytimg.com/vi/uPME4VCNmyc/maxresdefault.jpg
# Here is a link connecting two famous spies — Man of the Atom 2020-12-21 05:28
https://www.thegatewaypundit.com/2020/12/huge-chinese-spy-rep-swalwell-sleeping-pictured-chinese-man-spied-sen-feinstein-20-years/
# Have you ever seen "On the Beach"? — Man of the Atom 2020-12-20 22:36
In the original Burt Lancaster film the American submarine crew is visiting Australia when an attack comes from the Soviet Union. They discover people in the Northern Hemisphere are dead and those in the Southern Hemisphere will be killed by the circulating nuclear radiation. The Internet says the film is from 1959.

I never saw it but I did see the made for TV version with Armand Assante (Internet says 2000) and it was pretty good and at times moving. See it when you get a chance. The story line is similar but the attack comes from China!
-1 # Duggie2 — Duggie2 2020-12-20 21:53
HL. Your anti Semitic beliefs are getting in the way of reasonable analysis. You may be right about China wanting Russia and the USA tofight, but China does have the hacking skills and Pompeo is wrong. Their super and quantum computer skills are years ahead of the US. If your analysis was valid, Israel would be just a short lived Speed bump to the Chinese Belt and Road plans.
+1 # Compare education — Doug Brown 2020-12-21 21:18
Chinese ten year olds are learning physics, advanced math. Our ten year olds are expliting their gender fluidity snd learning its OK to self pleasure, etc.
# Anti-Semitism under every stone and hiding behind every tree? — Harnaś 2020-12-20 22:20
Would not everyone here agree that this idiotic label gets thrown around too much? I think Americans should lobby their legislators to outlaw the label of Anti-Semitism that is used like a cudgel to suppress free speech!
# More like in the wrong places — Paul Lambert 2020-12-22 15:29
"Antisemitism" is applied far too often in the wrong places, but then not enough when it actually occurs. The ADL are a bunch of clowns who are not even halachically Jewish in many cases. However, deliberate lies told about Jewish people are antisemitic by definition. For example, the notion that there is an ancient Palestinian people whose once-sovereign country is now occupied by Israel is a lie, and as it is a lie meant to malign Jews, it is antisemitic.

They are destroying the christian culture to set up their own Talmud based way of life.

Just like Revelation 2:9 and repeats in 3:9 that the Jews are the synagogue of Satan. So if the Bible says they are of the Devil then why are Christians supporting evil? Because the Bible says they are Gods chosen people? The Bible never even says that. It is something that is distorted when God was persuading Abraham to move away from the area we now know as Iraq to the present day Israel. Israel or the Jews were not even around then.
First mention of the name Jew in the Bible is when it says that the Jews waged war upon Israel. So how can that be? You guys think Jews are Israel but they are not.

It has been played upon the American people for decades by those within our midst in the highest positions of government. When Americans talk openly and frequently of the possibility or need for civil war, then WE, The People, are at a point which cannot become any more polarized; sans actually having that first shot fired to set it off.

And America has been meddling in elections and manipulating countries around the world for even more decades than noted above. And Russia and China have certainly not just been sitting idly by, minding their own business.

It's beyond time for We, The People, of THE WORLD to pull the knives out of our backs (which were plunged in by our respective twisted leaders) and begin the healing...
https://www.youtube.com/watch?v=w1wKSRpsp1w
+1 # Update — Man of the Atom 2020-12-20 10:59
https://www.naturalnews.com/2020-12-19-situation-update-dec-19th-china-war-usa-and-russia.html
+2 # RE: If the USA and Russia Go To War, the ONLY Winner will be China - We're being set up — Demon Rats are EVIL 2020-12-20 10:27
I guess most people have not read their Bible. Israel is the apple of God's eye, not the Jews. Most Jews are not true Israelite's but are Satanic and the Bible calls them out as the Synagogue of Satan. Most churches think God chose the Jews as his inheritance, but he chose Israel and if people would wake up, that is most of the European nations of the world and we are being taken over by diversity which is destroying us.
# A long story... — Michael Bruno 2020-12-20 11:26
There are many good teachings of how one should live ones' life upon this earth in ALL religious and spiritual realms.
Much "good guidance" in all.

Bottom line, for the individual, the meaning of life is a clear conscience.
For Humanity, it's a Collective Clear Conscience.
I can't make it any more simple for everyone.

However, to accept and PUSH any of the storybooks as THE 100% TRUTH, is akin to still believing in Santa Claus.

why is china and israel, buddy buddy. why does israel care if china needs land.

Myself not quite as Rabbid anti Israel as some on here ,can tell you this.
Israel has NO BUDDIES and could not give a fig what China wants, Israel ALWAYS puts its own interests 1st in LL matters. Its. Not conspiracy it's not news .it's admitted FACT.
If it's to there own advantage they will do it .
Perhaps like Britain used to be. , No friends only interested
# Re:Set Up — QRM 2020-12-20 09:58
Agree- Deep State C1A Mo55ad
+1 # Sedevacante — Severino 2020-12-20 09:52
Small mistake Hal .Not China but Satan will be Happy
+3 # RE: If the USA and Russia Go To War, the ONLY Winner will be China - We're being set up — Canis Major 2020-12-20 09:50
Sooo, how in hell did attention turn away from China to Russia??
Wasn't there a list of a million or so Chinese associates (spies), who were placed in areas of opportunity to facilitate a cyber breach, printed and disseminated for the world to see??
And now conveniently the cyber attack leads to Russia??
+2 # Russia vs USA — chip 2020-12-20 09:47
Hal, Dave Hodges is having a
A big story on his site tomorrow
about this. Trump thinks it's
the Chinese. Deep state and
the traitors don't want the USA
fighting their Chicom buddies.
Hence the Russians. Like a
previous poster said,, the movie
The sum of all Fears
+2 # ONLY Winner will be China — Jim Lewis 2020-12-20 09:35
You forget. If war between Russia and USA goes nuclear, China cannot use those lands for shit. So how does that work out bud?
# RE: ONLY Winner will be China — Doctori 2020-12-20 15:55
Consider: Then that big island continent to China’s south comes into play... and there would be few able to help our mates down under at that juncture.
# Merry Christmas America — rv 2020-12-20 09:27
Santa Trump is Coming to Town - Enjoy!
https://www.brighteon.com/7f525ecb-284a-4385-a864-9398b4635d95
+2 # Agree With Your Statement that China Perpetrated the Hack — PanhandleKid 2020-12-20 09:24
The President also suspects China was behind it somehow, although Mike Pompeo claims the evidence points to Russia. So only a thorough investigation will reveal the culprits.
+4 # RE: If the USA and Russia Go To War, the ONLY Winner will be China - We're being set up — imback 2020-12-20 09:21
reminds me of the movie sum of all fears. It wasn't the Russians
+2 # Did you forget — Houseapp2020 2020-12-20 09:18
If Russia and the US go to war and Thermonuclear weapons are used ,as we can expect to happen,at the very least the northern hemisphere will be coming unliveable .
Perhaps the hole world.
Look at chernobyl or fukushima and multiple that 1000x of times ,and more because not only would we and they get nuked. every nuclear power station that never got hit ( which I suspect wouldn't be many) would without support and infrastructure go critical of its own accord too.
The poisoning of the world would be near completion .
The M.A.D scenario that kept the peace throughout the cold war ( remember that ! It was great wasn't it .how I wish for it back ) well that mutually assured destruction is still a massive factor today .
Every war game NATO has ever played out involving Russia goes nuclear very quickly and it's always us that starts it .
War with Russia has always been suicide nothing has changed.
How ever war with China is possible and just about do-able .
# We are not in prophecy — Doug Brown 2020-12-21 21:44
Meaning America, we are not in the picture
Strange. Gruver and Dudeman, two niw deceased prophets (prophets because blow your mind substance altering miracles accompanied their lives,) both these men said:
China and America go to way
Immediately, without warning, Russia attacks the U.S.
These men did not know each other. Neithor were feel-good prophets. Both were told these things, face to face, by an angel.
Not agreeing or disagreeing. Communicating info is all.
+1 # RE: If the USA and Russia Go To War, the ONLY Winner will be China - We're being set up — The Deplorable Renegade 2020-12-20 08:47
Hal, I agree with your analysis. Makes perfect sense to me. Although there's been an alliance and some collaboration between Russia and China for many years, the Russians still have major reservations about the Chicoms. The Chinese were known as "the Jews of East Asia" long before they became communist.
# Originally — Man of the Atom 2020-12-20 11:06
Historians referred to Japan as the Romans of the East and the Chinese as the Greeks of the East, being the originators of most East Asian culture. Japan is playing its cards close to the chest - they can "go nuclear" faster than any other country having done all the research, and can convert several of their helicopter carriers into F35B VTOL carriers. The entire "Far East" is now threatened by China and their stalking dog North Korea.
Refresh comments list
RSS feed for comments to this post
JComments
by sur.ly
100% Trusted Informational Platform Website 2021