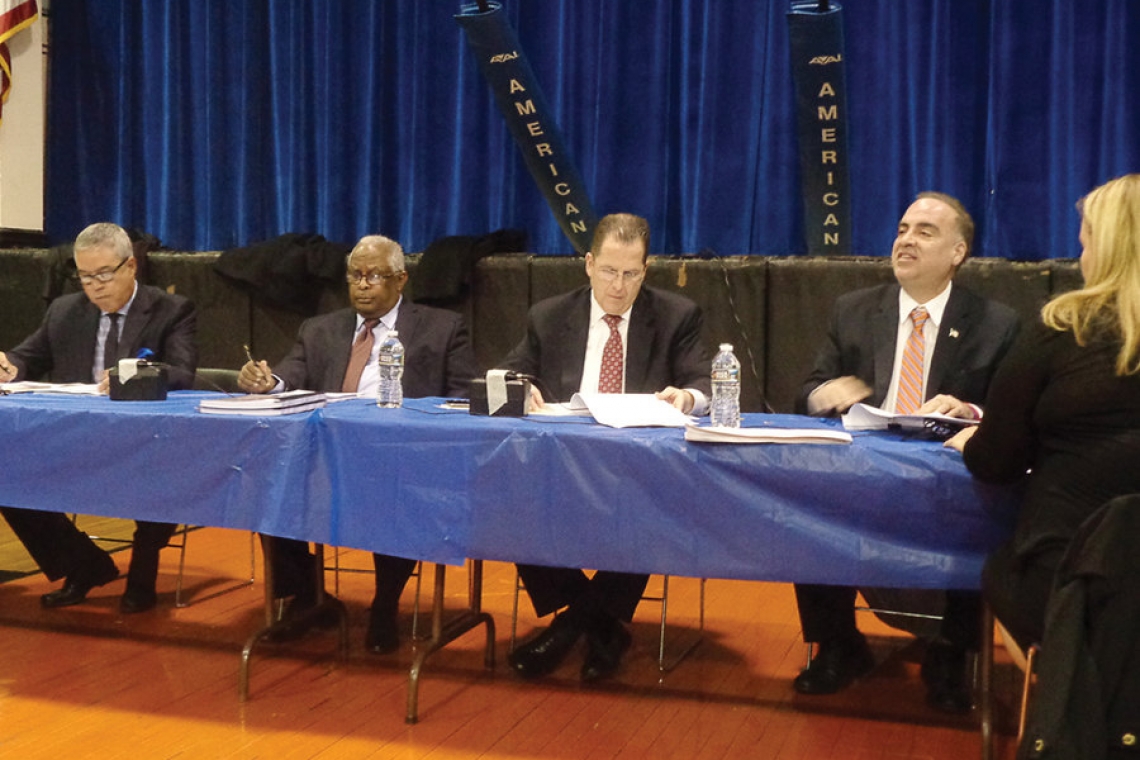 A Union City, NJ, man raped his niece multiple times over a five-year period in the home they shared, starting when she was just 4 years old, authorities say.

Gerardo Pena, 44, has been charged with aggravated sexual assault and endangering the welfare of a child.

He is being held at Hudson County jail in Kearny, NJ until his trial, a judge rules in a detention hearing.

Authorities said Pena, who was arrested Nov. 5, is in the country illegally.

One of the victim’s cousins noticed her dad was taking the 9-year-old into a room alone on multiple occasions. On at least one occasion, Pena said he was taking the girl into the room “to teach her,” the complaint said.

The victim told her cousin that Pena “does bad things to her when he brings her in the other room,” the criminal complaint said.

The sexual assaults occurred when the victim’s mother and aunt went shopping, the victim and her cousin both said, according to the complaint.

The sex assaults started when she was 4 years old and continued into fourth grade, the complaint said.

Union City has was the second municipality in Hudson County (after Jersey City) to designate itself a sanctuary city in the wake of Donald Trump’s executive order pressuring municipalities to report undocumented immigrants.

The Board of Commissioners unanimously adopted a resolution establishing the city as a sanctuary at its Feb. 7, 2017 meeting.

The mayor of Jersey City had signed an order to become the first on Friday, Feb. 3.

Although there is technically no legal definition of a “sanctuary city” certain towns have gone on the record in the last few decades as saying they won’t ask their police to cooperate with federal Immigration and Customs Enforcement (ICE) agents in detaining undocumented persons, unless they are involved in serious crime.

According to the resolution, “The city of Union City and its agents shall not expend any time, funds, or resources on facilitating the civil enforcement of federal immigration law nor participating in civil immigration enforcement operations, except where legally required to do so by state or federal law or regulation or directive or court order.”

“We thank the undocumented,” Mayor Brian Stack said during the meeting. “If it wasn’t for the undocumented reporting crimes, whether they’re the victim of a crime or they ‘see something, say something,’ our crime would be much higher in the city.”

“For a city with so many different religious backgrounds, so many ethnic backgrounds, everyone gets along so well,” he added. “We’re very proud of the immigrant population. [If] the president wants to look at a city and how well it gets along and how well people are functioning together, he should look no further than Union City.”

Perhaps the Mayor and board of Commissioners is unable to see how immigration has harmed the city and those driving through it.   Most streets now have MULTIPLE, large "Speed Bumps" within each block, forcing motor vehicles to travel at a crawl or face damaging impact as they traverse those speed bumps.   The vast number of such speed bumps resembles countries like Brazil . . . and other Third World places.

Apparently, the immigrants so embraced by the powers-that-be, cannot drive in a civil manner and must be corralled with speed bumps.

Then, too, four-way Stop signs are being erected on many, many intersections where none existed for over 100 years. According to one Union City Road Department employee, "The people here usually don't stop at stop signs.  So the thinking is, if we stop all sides of an intersection, maybe ONE of those cars will stop and avoid an accident.

THAT -- and now this brutal rape of a four year old by an illegal alien, is what Union City actually is . . . under Democrat control.  It's almost no longer a part of America.