Impeachment is an ILLEGITIMATE Effort to OVERTURN OUR VOTES; Patriots should prepare to defend our Republic from Tyranny 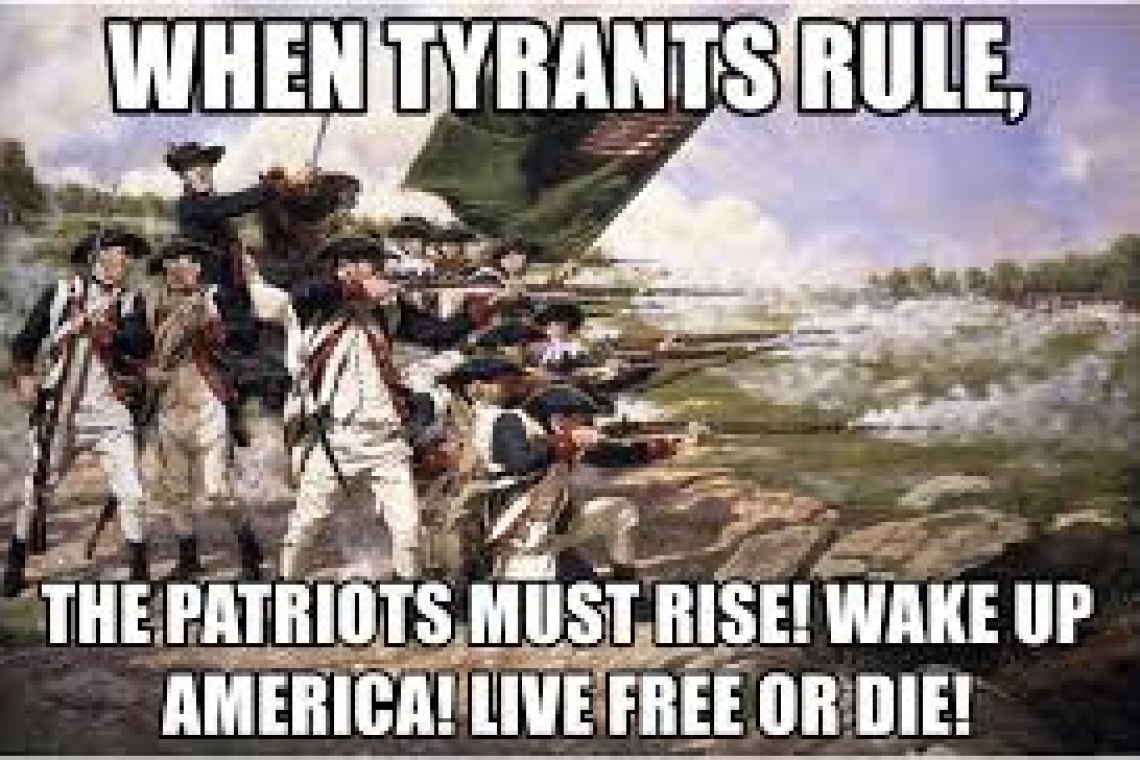 The United States House of Representatives is now a clear and present danger to each and every American Citizen who freely cast a Ballot in the 2016 Election.  They are presently engaged in an effort to nullify our votes, by Impeaching our President without constitutionally required "high crimes and misdemeanors."

This morning the Speaker announced they are prepared to move ahead despite the fact the investigative hearings are not even over! Patriots should prepare NOW to defend our Republic from this tyrannical effort to overturn our freely-cast Ballots.

The US Constitution requires there be "High Crimes and Misdemeanors" to Impeach a duly elected President.  There are NONE involving President Trump.

Witness after Witness at Hearings by both the House Intelligence Committee and now, the House Judiciary Committee admitted under Oath they have NO PERSONAL INFORMATION regarding _any_ of the material accusations against the President.  Everything they testified about under oath was either Hearsay or opinion.

The President is a continuing threat to our democracy and leaves us no choice but to act. I am asking our Chairmen to proceed with articles of impeachment. #DefendOurDemocracy

The fact that Speaker of the House, Nancy Pelosi announced publicly this morning "The President is a continuing threat to our democracy and leaves us no choice but to act. I am asking our Chairmen to proceed with articles of impeachment." when there are NO FACTS upon which to base such articles of Impeachment, is flat-out tyranny.

The Founding Fathers feared that such conditions might one day arise in our nation and they gave us -- the People -- the Second Amendment, to confront that tyranny.

It seems to many people the nation is fast-approaching a point where such a confrontation may be necessary.   As such, Patriots should PREPARE RIGHT NOW to do what may have to be done.

The Declaration of Independence states clearly - TWICE - the inherent powers of the People to "alter or abolish" government which is "Destructive" of the rights to life, liberty, and the pursuit of happiness.  That inherent right is as valid today as it was in 1776.

The relevant portions of the Declaration read as follows:

We hold these truths to be self-evident, that all men are created equal, that they are endowed by their Creator with certain unalienable Rights, that among these are Life, Liberty and the pursuit of Happiness.--That to secure these rights, Governments are instituted among Men, deriving their just powers from the consent of the governed, --That whenever any Form of Government becomes destructive of these ends, it is the Right of the People to alter or to abolish it, and to institute new Government, laying its foundation on such principles and organizing its powers in such form, as to them shall seem most likely to effect their Safety and Happiness.

Later, the Founding Fathers put it even more bluntly:

Prudence, indeed, will dictate that Governments long established should not be changed for light and transient causes; and accordingly all experience hath shewn, that mankind are more disposed to suffer, while evils are sufferable, than to right themselves by abolishing the forms to which they are accustomed. But when a long train of abuses and usurpations, pursuing invariably the same Object evinces a design to reduce them under absolute Despotism, it is their right, it is their duty, to throw off such Government, and to provide new Guards for their future security.

Voiding our votes without the existence of constitutionally required "High Crimes and Misdemeanors" is not a "light or transient cause"  it is an "abuse and usurpation" of our system of self-rule. It is absolute Despotism. It is an abuse of Congressional power; and the absence of any "high crimes and misdemeanors" is an absolute USURPATION of our votes.  This is the very definition of Tyranny.

In the later paragraph above, the Founding Fathers make clear it is the right and duty of citizens to "throw off" a destructive government.  They wrote "throw off",   not "vote out."  Not "peacefully petition."  Not "protest."

There is still time for this to be resolved peacefully and legally.  We should hope and pray earnestly that the House of Representatives comes to its senses so no citizen action will become necessary.  We should call, write, email and FAX our Representatives urging them to come to their senses and stop this madness.

We should also observe that today, December 5, 2019, is four days from the December 9 release date of the Inspector General's "FISA Abuse" report.  It is believed by many that when that report comes out, the crimes committed by Democrats during and after the 2016 Presidential Election will mortify the citizenry.  Perhaps what Speaker Pelosi is doing is simply to distract from those revelations.  Maybe this entire Impeachment sham will be abandoned by them when the FISA Abuse report comes out?  The Democrats could say "Oh my goodness, we had no idea that such things had been done to the President.  No wonder the man has been so rough.  Now that the truth is out, we need to put all this behind us and work together."

At the same time, we must now prepare to "alter or abolish" this government and to institute new government, ". . . laying its foundation on such principles and organizing its powers in such form, as to them shall seem most likely to effect [our] Safety and Happiness."

We didn't choose this confrontation and all of us still hope and pray it can be avoided.  Sadly, we must also prepare to do what may be needed.

And while you're preparing, bear THIS in mind:

Speaker Pelosi has now announced the House will convene on . . .  wait for it . . . .  Monday, December 9, to commence Impeachment.  Gee, the very day the Inspector General's Report is coming out!   How's THAT for manipulative?  Cunning? Deceitful?

It now appears clear to many that this ENTIRE Impeachment spectacle is nothing more than a DIVERSION to keep the press and the public focused on Trump and ignore the actual crimes perpetrated by Democrats before, during, and after, Trump was elected!

This Impeachment is theater!  The theater of the absurd; but with very real consequences.