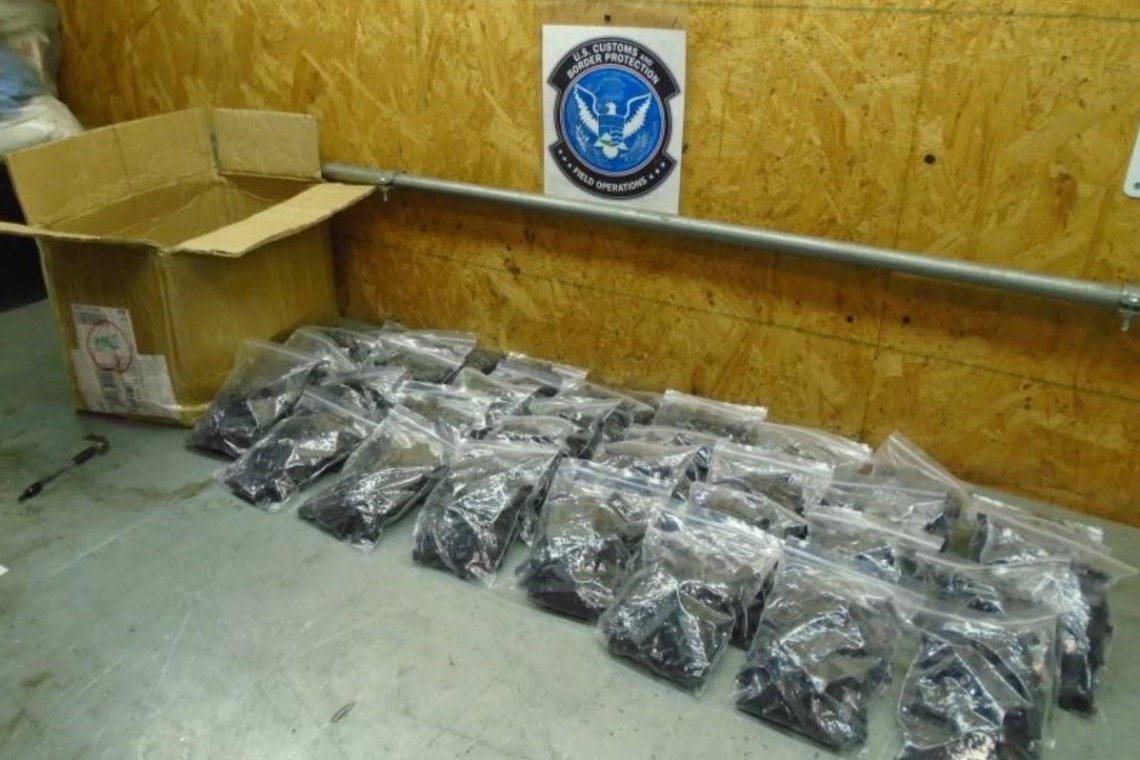 U.S. Customs and Border Protection (CBP) officers seized a shipment from China that contained over 10,000 Assault Weapons, in parts, being smuggled into the country.

The Hal Turner Radio Show was the ONLY MEDIA OUTLET IN THE WORLD TO REPORT THIS weeks ago!

The shipment was seized on May 22. Officers inspected the items, arriving from Shenzhen, China, destined for a residence in Melbourne, Florida. The parcel was manifested as containing 100 Steel Pin Samples. This is a common practice of smugglers manifesting the contraband as a harmless or a legitimate commodity in hopes of eluding further examination.

“The importing of any type of munitions is regulated by the ATF,” said Thomas Mahn, Port Director, Louisville.  “This smuggler was knowingly trying to avoid detection, however, our officers remain vigilant, ensuring our community is safe.”

The Bureau of Alcohol, Tobacco, Firearms and Explosives (ATF) regulates and restricts firearms and ammunition. Importation of weapons or ammunition must be made by a licensed importer, dealer or manufacturer.

Officers referred the shipment to the CBP Center of Excellence and Expertise, Machinery team who appraised the shipment with a domestic value of $129,600.

Hal Turner Had It First

The Hal Turner Radio Show and web site was the first media outlet in the world to report that China was smuggling weapons and explosives into the United States, to arm the Communist Insurgency which is ANTIFA and Black Lives Matter.

The story was reported HERE on June 2, and repeated HERE on June 9. The information was also repeatedly reported verbally during the Hal Turner Radio Show . . . . and these reports came out ALMOST A MONTH AGO!

Readers of THIS web site and listeners to the Hal Turner Radio Show got the facts almost a FULL MONTH before the feds publicly revealed what was taking place, and before ANY other media out in the entire USA reported it!

Here is the official announcement from US Customs and Border Patrol: (CLICK HERE)

There's a reason people read this site and listen to Hal's radio show: He really does have COVERT INTELLIGENCE SOURCES inside government, from his years working with the FBI Joint Terrorism Task Force.  Clearly, those sources are "spot-on" with the information they provide.

This is proof - once again - that this web site and radio show bring you the factual news, sometimes hours, sometimes days, and now even WEEKS before the mass media even hears about it.

You want real news?  Subscribe to this site for a whopping $1 a week, and be "in the know" before most other folks.   Many stories here are behind subscription, and you can't see them unless you're a subscriber.   SUBSCRIBE HERE