Mandatory EVACUATION ORDERS have now been issued for two Louisiana Parishes: Plaquemines and Jefferson, including Grand Isle, LA as the storm system in the Gulf of Mexico strengthens (as expected) into an official Tropical Storm.

The maps below show the official, MANDATORY EVACUATION areas:


A Tropical Storm Watch is now in effect for the Mississippi coast east of the Mouth of the Pearl River to the Mississippi/Alabama border...and for Lake Pontchartrain and Lake Maurepas including metropolitan New Orleans. #Barry

Two other Parishes, Lafourche  and Vermilion  are presently calling for VOLUNTARY Evacuations

The National Hurricane Center has now issued this "cone" to show the computer-model likeliest track of the storm. 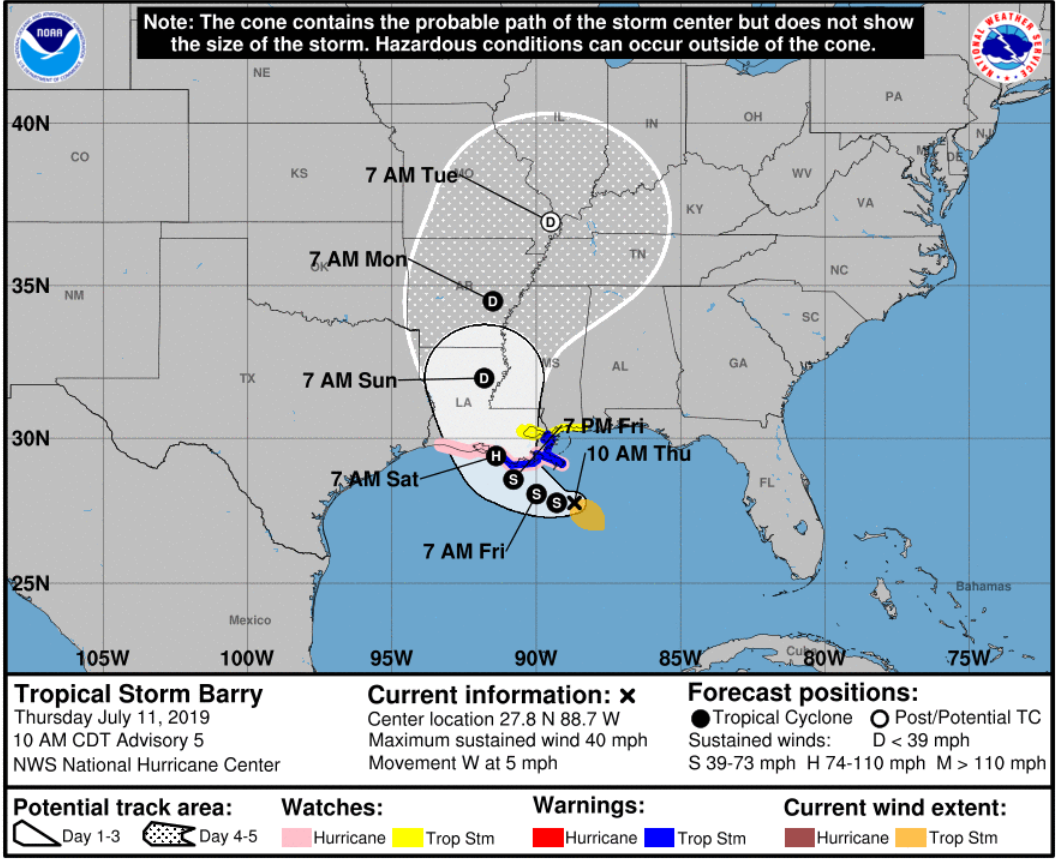