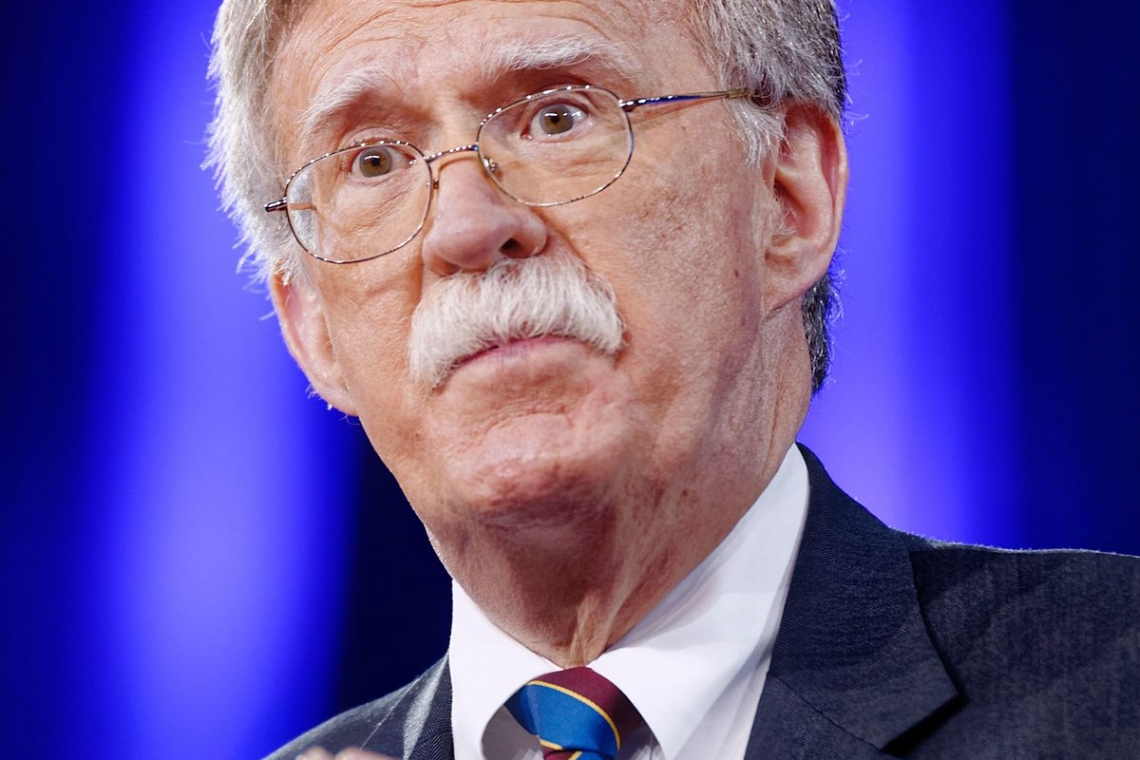 President Trump announced he has asked for -- and gotten - a Resignation from National Security Adviser John Bolton.

....I asked John for his resignation, which was given to me this morning. I thank John very much for his service. I will be naming a new National Security Advisor next week.

While I do not relish anyone losing their job, it ALWAYS bothered me that John Bolton was hired.

To me, and this is just my opinion, Bolton was far too war hawkish, especially when it came to doing anything militarily in the interest of certain Middle East countries.  It seemed to me that Bolton was more concerned with the interests of Israel than of the United States.

Take Iran, for instance.  It seemed to me - again, only my opinion -- that Bolton was absolutely intent on going to war with that nation.  I never saw a valid U.S. reason to do so because as far as I could tell, Iran posed no threat to the United States.

Yes, they chant "Death to America"  but the way I see it, it's only because we back pretty much anything and everything that Israel wants. Perhaps I'm wrong, but our seeming fixation with Israel must be a large part of Iran's trouble with us.

I don't know who will replace Bolton but I have a feeling we'll all have some very good ideas about our future war plans (if any) once a person is named.