June 13, 1971 - Back When They Were Actually Reputable, The New York Times Began Publishing "The Pentagon Papers" - Showing Democrats Were LIARS Back then, too! 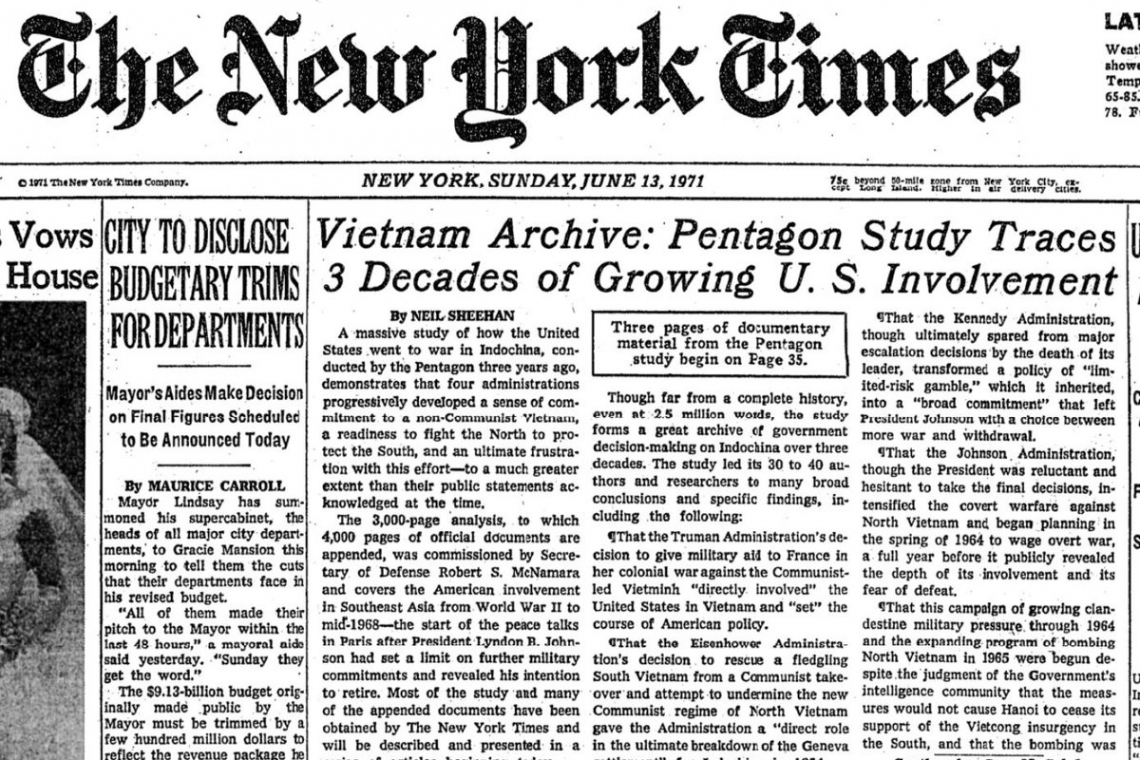 On Sunday, June 13, 1971 the Patricia Nixon (Daughter of President Nixon) wedding was dutifully reported the next day in newspapers in all over the nation, but on that Sunday, June 13th, one paper had something on the front page that no other paper had. For on that day, the New York Times began publishing top secret, sensitive details, and documents from 47 volumes, that comprised the history of the U.S. decision making process on Vietnam policy, better known as "the Pentagon Papers."