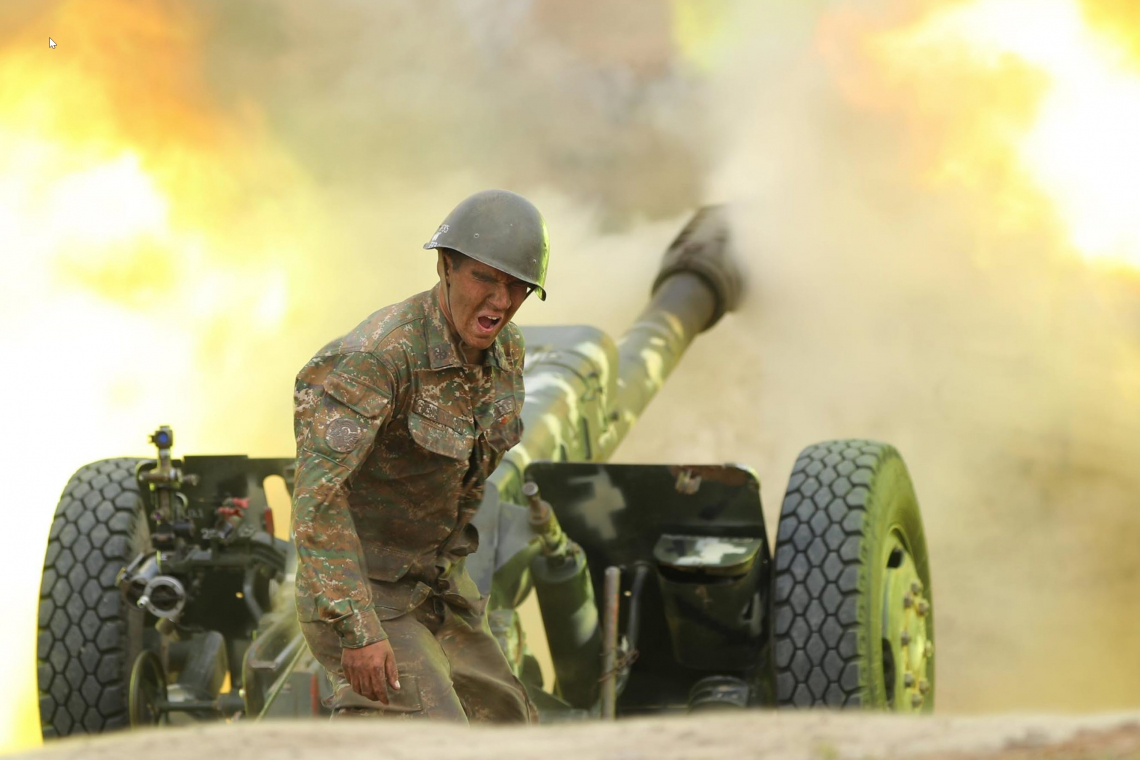 The conflict between Armenia and Azerbaijan is not going well for the aggressor, Azerbaijan.

According to reports coming out of the war zone, The conflict between Armenia and Azerbaijan, which began two days ago, led to really big losses for the Azerbaijani side. According to the data as of the evening of September 28, 2020, the losses of Azerbaijan have doubled; amount to 36 unmanned aerial vehicles, 47 armored vehicles (mainly tanks) and about 400 military personnel.

“Over the past two days of fighting, Azerbaijani troops have lost more than 400 people,” Deputy Commander of the Artsakh Defense Army Artur Sargsyan said at a press conference on 28 September. According to him, in addition to about 400 killed and wounded, the Azerbaijani side lost 47 tanks and armored vehicles, as well as 36 unmanned aerial vehicles. "By 17:00 the following account losses of the opponent: 36 UAV, 47 armored vehicles, more than 400 casualties," - Artur Sargsyan said "

Azerbaijan also suffered very serious losses of its air forces, in particular, it is known about four downed military helicopters and one downed military aircraft, which, as expected, was supposed to transfer paratroopers to the territory of Nagorno-Karabakh in order to work in behind enemy lines. Moreover, a day earlier it became known that the air defense systems of Armenia shot down 4 military helicopters of the Azerbaijani Armed Forces, which indicates the fact that the blitzkrieg of Baku in Armenia's direction suffered a complete failure.

According to the Armenian Unified Information Center, the following are the losses by Azerbaijan:

Azerbaijan is shelling the city of Vardenis, Armenia.  The war is no longer limited to Nagorno-Karabagh and this is no longer about “getting our lands back”... this is now an international conflict, and third parties could be dragged into it.

Since early morning the Azerbaijani side resumed large-scale offensive ops. TOS-1A heavy flamethrowers are being employed. The use of TOS, Smerch and other large-caliber systems changes the philosophy and the scale of mil ops, elevating them to the new level of escalation.

MoD warns that Armenian AF are compelled to use pieces of equipment and munitions designed to engage wide area targets, intended for large and indiscriminate destruction of manpower, and static and mobile property alike.

A civilian passenger bus is on fire in the Armenian town of Vardenis after being hit by an Azerbaijani military attack drone, Armenian Defense Ministry representative Artsrun Hovhannisyan said on social media.

Earlier the military spokesperson Shushan Stepanyan had said that the Azerbaijani Armed Forces opened gunfire across the Armenia state border at the Armenian Armed Forces military base in Vardenis, and also used air force against military positions.

Turkey calls on Armenia to withdraw from territories disputed with Azerbaijan.

Hal Turner Remark:  What balls the Turks have.  They prompted Azerbaijan to start this conflict and now that they're getting their ass kicked, they call on Armenia to leave.   OMG these people are delusional.