Lancet: The Only Way to Stop Racism Is ‘to Eliminate Whiteness All Together’ 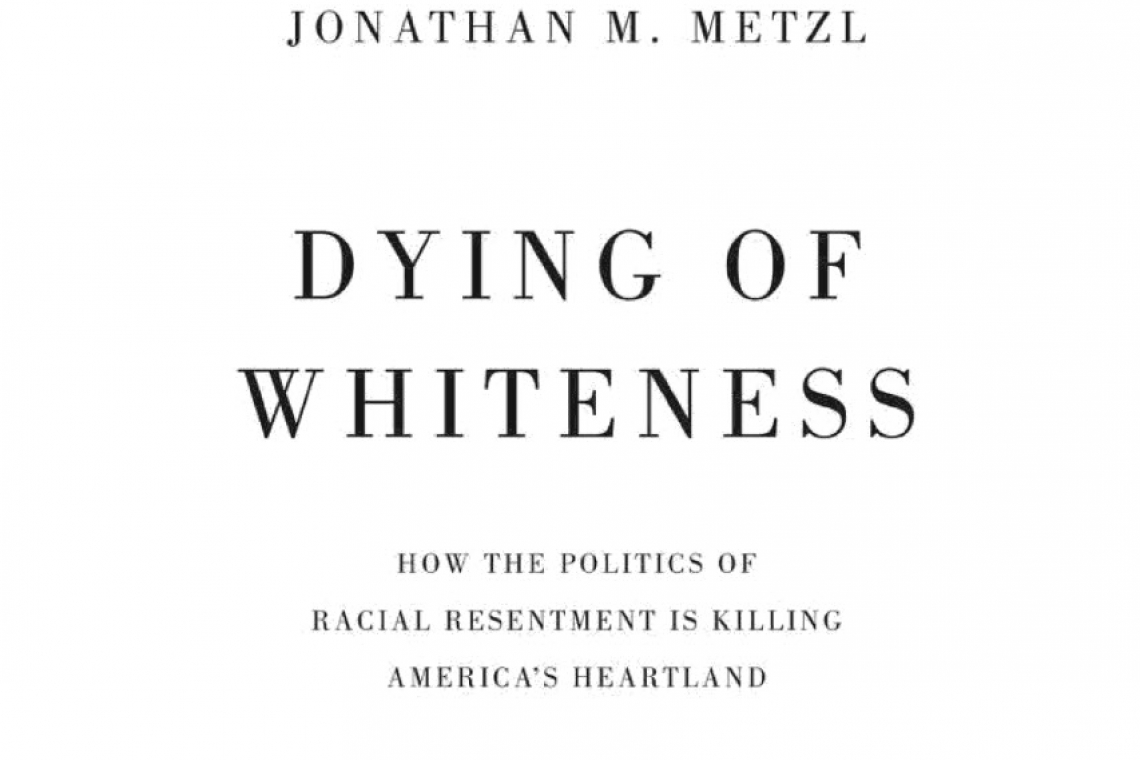 The once prestigious Lancet medical journal has published a bizarre book review asserting that “white Americans continue to mobilize to maintain or extend the exclusive advantages whiteness offers those who can become white.”

The Lancet selected Rhea W. Boyd, a Minority Health Policy Fellow at Harvard’s School of Public Health, to review a 2019 book called Dying of Whiteness by Jonathan Metzl, whose thesis is that “right-wing backlash policies have mortal consequences — even for the white voters they promise to help.”

In his book, Metzl argues that white mortality is up in the United States ever since the 2016 election of Donald Trump, since in order to “maintain an imagined place atop a racial hierarchy,” white Americans who harbor “racial resentment” support policies that seem to limit the freedoms or resources available to non-whites, even though such decisions threaten their own wellbeing as well.

While in her review Boyd fundamentally agrees with Metzl’s contentions, she believes that he is too soft on whites by attributing whites’ self-destructive white political actions to “racial resentment,” which “erases white agency through emotional euphemism.”

Boyd decries the “common practice” of mis-attributing “white self-destruction and violence to psychological states” or obscuring “the impacts of defending whiteness through emotional euphemisms.”

Drivers of white mortality such as suicide, chronic liver disease, and drug and alcohol poisoning have been described as “diseases of despair,” Boyd notes, while they should be classified as “diseases of disproportionate opportunity (to wield firearms) and access (to prescription opiates).”

The real focus should not be on “mental illness,” “distress,” or “white fragility” underlying increasing white mortality, she contends, but rather on the fundamental “legacy of death in whiteness’s wake.”

It is a mistake — she asserts — to “assert that resentment, despair, or any emotion that arises from being ‘left behind’ accounts for white Americans’ self-destructive actions, violent politics, or declining population health.”

And so, “despite suffering at every turn of every decade of every century in this nation, generations of Black Americans have sought political reforms that expand electoral participation, increase government protections, and extend public resources beyond their individual or group benefit,” she claims.

Reading between the lines, it seems clear that Boyd believes that the big government policies adopted by the Democrat party benefit the entire population, whereas policies enacted by the GOP only benefit whites.

Thus, she asserts that New Deal politics “forged the greatest advances in social benefits the USA has ever known — from social security and home loan assistance to the administrative precursors to welfare.”

Therefore, “scholars, the media, and the public” have failed to understand “the evolving ways white Americans continue to mobilise to maintain or extend the exclusive advantages whiteness offers those who can become white, even as those advantages place them in increasing proximity to death.”

The simple fact is that “despair isn’t killing white America, the armed defence of whiteness is,” she writes. Thus, death “is the inevitable consequence of the full realisation of structural racism and the exclusive rights and resources it offers those who can become white,” she continues.

Boyd goes on to propose a theory would challenge even the most race-obsessed, in part because it lacks any kind of rational intelligibility.

“For humans to use whiteness to manufacture access and privilege,” Boyd suggests, “they must engineer scarcity and loss. This entanglement between access and scarcity, privilege and loss, means white people’s unearned advantages have always been tethered to a legacy of untold deaths.”

Despite his noble efforts to understand the evils of structural white racism, Boyd suggests, Metzl fails because he anchors it to an emotional foundation, which leads him to conclude that more healthy and self-reflective frameworks of structural whiteness are needed.

In reality, Boyd concludes, the only real solution “is to eliminate whiteness all together.”

The fact that some people think this way is frightening enough. That the Lancet, which once represented serious medical journalism, would decide to publish it points to a devastating deterioration of the institutional academy as reasoned discourse gives way to incoherent ranting.