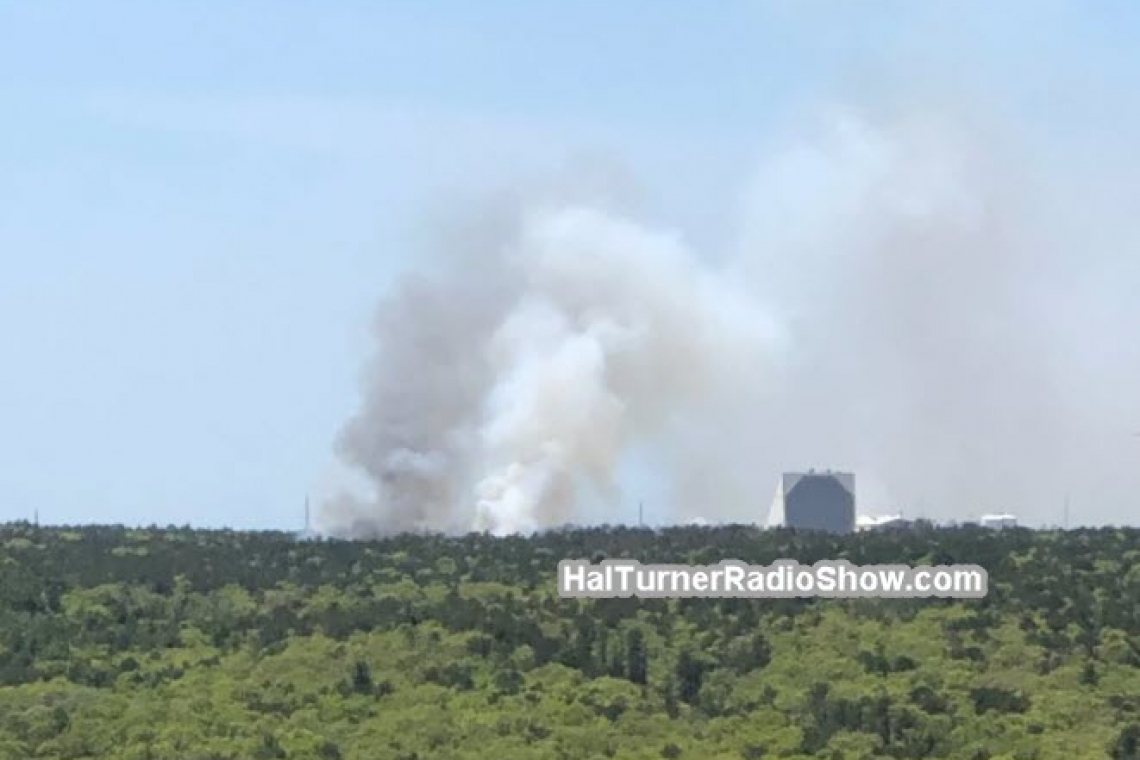 There has been a large explosion near the Cape Cod Air Force Station's PAVE PAWS (ICBM Early Warning) Radar Station, near Sagamore, Massachusetts, USA (Cape Cod).  A large fire is presently burning there.

The explosion was so large that workers over two miles away heard it.  One worker reports "When I looked outside, the sky was filled with gray and orange smoke, just like that explosion which destroyed the port of Beirut, Lebanon" he said.

Cape Cod Air Force Station is the only land based radar site providing missile warning for the eastern coast of the United States and southern Canada against intercontinental and sea-launched ballistic missiles.

The radar looms 10 stories high against the backdrop of New England's rolling hills. The mission of the approximately 200 people who man the radar, is to date and track sea-launched ballistic missiles heading for North America.

They also use the radar to track satellites in orbit, transmitting spacetrack data into the Space Surveillance Center at Cheyenne Mountain.

At the operational heart of the Cape Cod facility is the Missile Warning Operations Center where AFSPACECOM and Canadian crews monitor consoles around-the-clock which display tracking data. Crews consisting of a crew commander, crew chief and a space console operator use the data to warn of potential attacks on North America.

If the continental United States were to be attacked, taking-out THIS PRECISE RADAR STATION would be a necessary first step for any adversary.

The photo at the top of this article shows the situation at the radar station a few hours ago.

Below is a scalable map for you to see the actual location and surrounding area:

The United States has very few of these PAVE PAWS Radar systems because the areas they cover are so enormous.  The graphic below shows the US PAVE PAWS Early Warning Radar System.   From that, you can see how vital the Cape Cod system is: 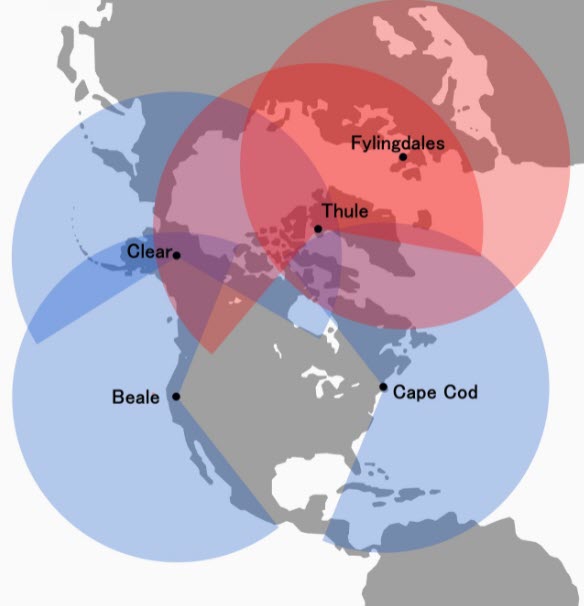 It should be pointed out that, using the Google scalable map above, there is no structure or facility large enough to burn like that, within at least a MILE of the radar array, which itself is ten stories tall.

It is beginning to appear that PERHAPS (just a guess) this was an effort by an adversary to take out our early warning radar . . . and they missed.  If that guess is correct, we may have just avoided a first-strike by an adversary who plans to take us out.

If so, they may try again. Soon.

Prepare.  Emergency food, water, medicines you need to live. A way to generate emergency electric and fuel for that, plus some fuel for your vehicles.  A FIRST AID KIT, flashlights for each family member and in each vehicle. A battery operated radio for news and information.  SPARE BATTERIES for the flashlights and the radio.  COMMS like a CB radio in each vehicle and one at the house with a base station antenna.  Or you may wish to grab some cheap GMRS radio walkie-talkies for each family member, or even a shortwave HAM radio.

There is something very wrong with what has just taken place.  Local news media is absolutely SILENT about it, even though local EMS reports at least one person taken from that base with a head injury this morning.

The U.S. Government DENIES that any explosion took place.  The government says there were "controlled burns" of brush overgrowth on the base; there was no explosion and no one was injured.

Now that you have read this story, please COVER THE COST for what your visit cost this site by clicking one or more of the ads below which generates Advertiser revenue of two to three cents per click - no purchase necessary by you -- and helps offset operating costs for this web site.  If you're using an Ad Blocker, please shut it off for a few seconds to see the ads and click one.