The political left-wing appears to many people to be going out of their minds over the leaked, and now verified as real, Supreme Court decision overturning Roe v. Wade abortion ruling.  Left-wingers are now OPENLY calling for extreme political violence - and they even say "political violence works!"

They don't mince any words either: 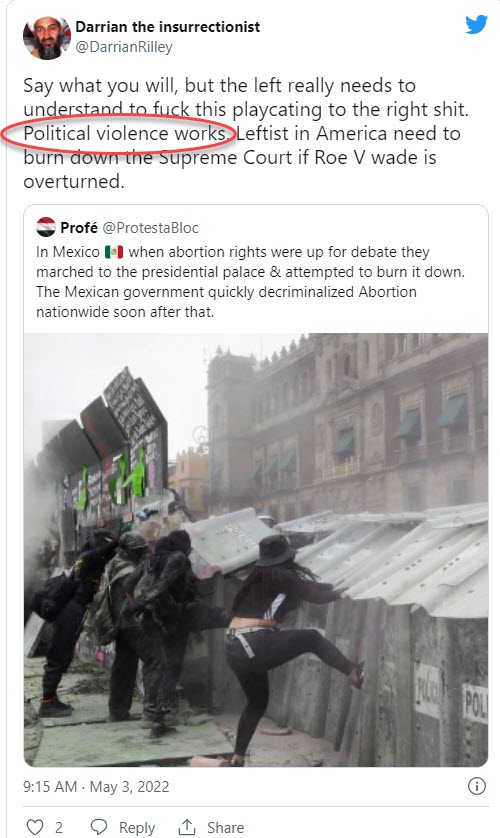 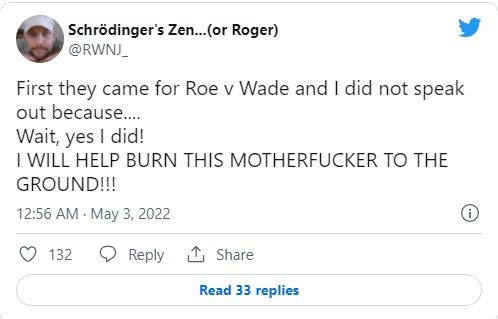 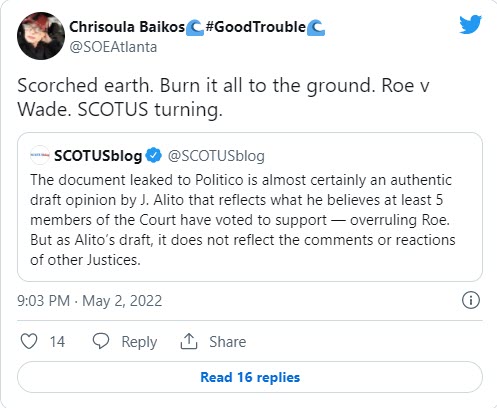 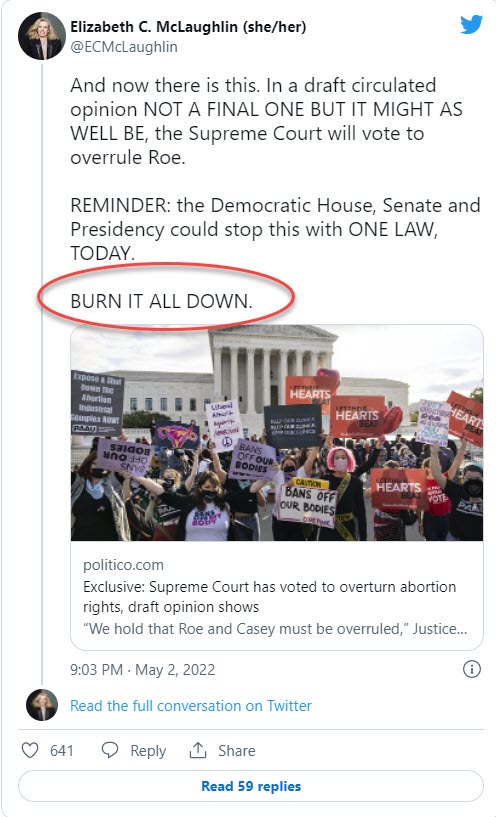 You know, in June, 2009, I was arrested by federal agents for writing an editorial about a federal court of appeals ruling which called the three judges in that case "Traitors" to the constitution."  It went on to quote Thomas Jefferson's "Tree of Liberty" letter, which said "The tree of liberty must be replenished from time to time, with the blood of tyrants and patriot" and then opined, These judges deserve to be killed, their blood would replenish the tree of liberty, a small price to pay to assure freedom for millions."

I was told at the time that because "someone (who read my editorial) might take my words to heart and take action" that I was guilty of a "threat.""  I said it was nothing more than an opinion.

I was arrested, held without bail, prosecuted in December, 2009 and the trial resulted in a HUNG JURY, 9 voted "not guilty."   The government prosecuted me again in March, 2010, and again, HUNG JURY.

The government went on to prosecute me an astonishing THIRD TIME.  By then I was bankrupt and could not afford my lawyers, so I was given a public defender.   At trial #3 on Friday, August 13, 2010, I was convicted and sent to federal prison.  . . . . Because "someone might take my words to heart."

The twitter postings above openly call for arson attacks against the United States Supreme Court.   But these people are LEFT wingers, whereas I am a right winger.   Let's all sit back and watch as the oh-so-noble US Justice department, does absolutely NOTHING to any of these people.

Me, they put in prison.  The folks above . . . I doubt they'll even be visited by federal agents.

Just one more example of how flamboyantly corrupt our federal government actually is.