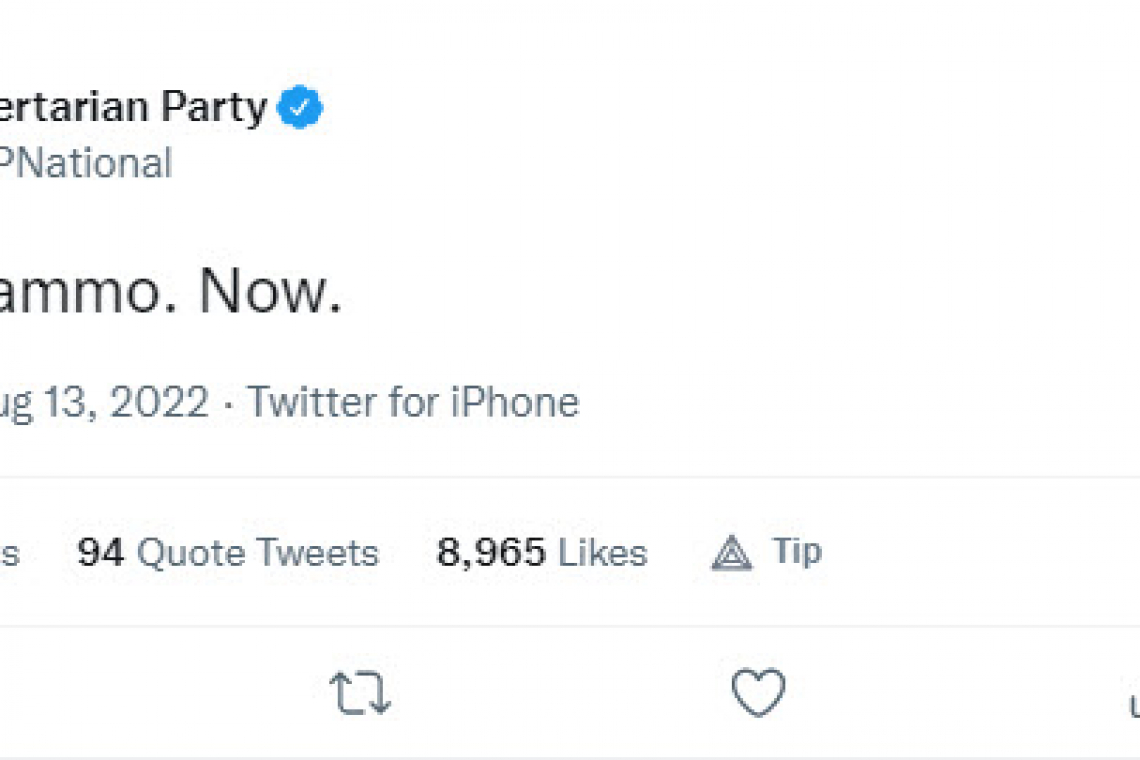 The official Twitter account of the Libertarian Party has a message for all Americans: "Go buy Ammo. Now."

The tweet, posted on Saturday, is from the official national party account of the Libertarian Party, as shown below:

Does this have anything to do with the execution of a search warrant at President Trump's estate in Florida?  Unknown.

Is there some other serious situation pending (like rumors of Civil War) that might require Americans to need ammunition?  Unknown.