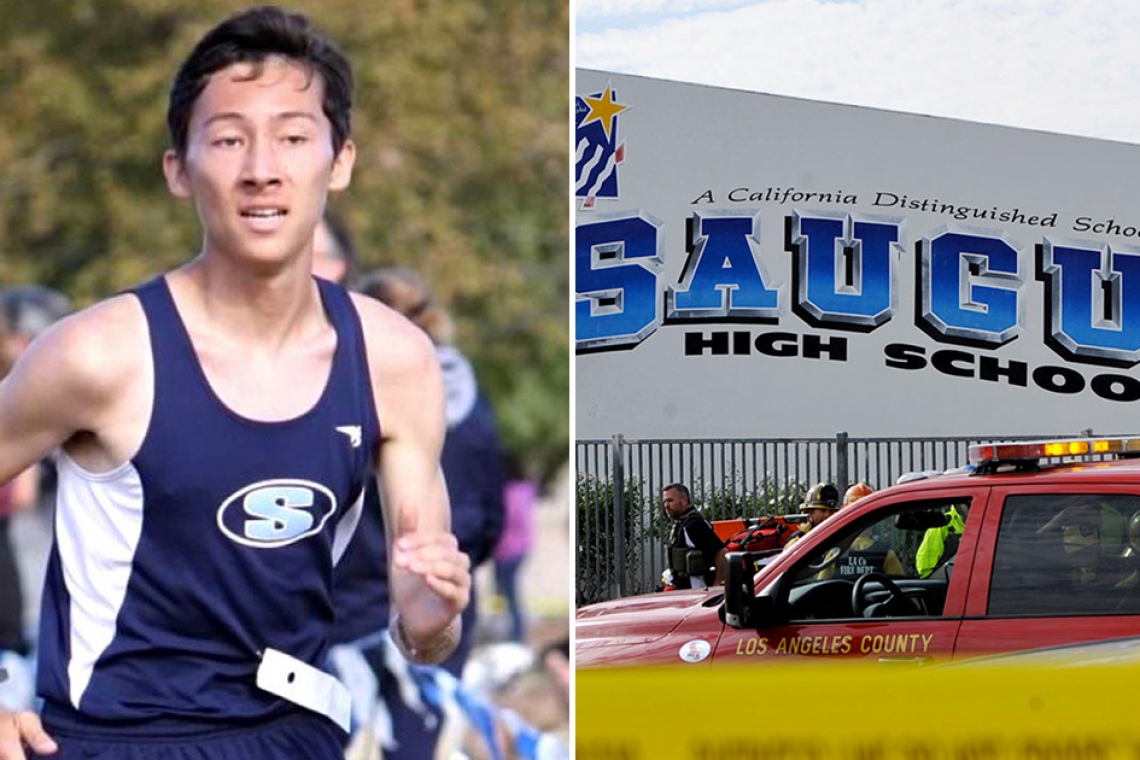 The student who opened fire Thursday on fellow classmates at Saugus High School in Southern California died from his wounds Friday.

The Los Angeles County Sheriff’s Department confirm that Nathaniel Tennosuke Berhow died at roughly 3:30 p.m. local time after a self-inflicted gunshot wound to the head. His mother was with him at the time of death.

Authorities said earlier Friday that the 16-second attack, which killed two students and wounded three others, was planned but that they are still searching for a motive. While the suspected shooter and all the victims attended the same school, authorities were not aware of any specific connections between the gunman and the students who were shot.

The attack took place at 7:38 a.m. Thursday when Berhow apparently pulled out a .45 caliber semi-automatic pistol and began firing randomly at other students. He shot five students before shooting himself in the head, according to witnesses.

Authorities said that the deputies who arrived at the scene found the shooter’s weapon empty of any ammunition, suggesting that Berhow used the gun’s final bullet on himself. The attack took place on his 16th birthday.

Authorities also said Friday about 40 witnesses have yet to be interviewed about the shooting.

The Los Angeles County Sheriff’s Department said it has identified a non-verified social media account possibly belonging to Berhow stating “Saugus have fun at school tomorrow.” However, it warned that the account has yet to be authenticated and it is unknown if this was posted by the suspect.