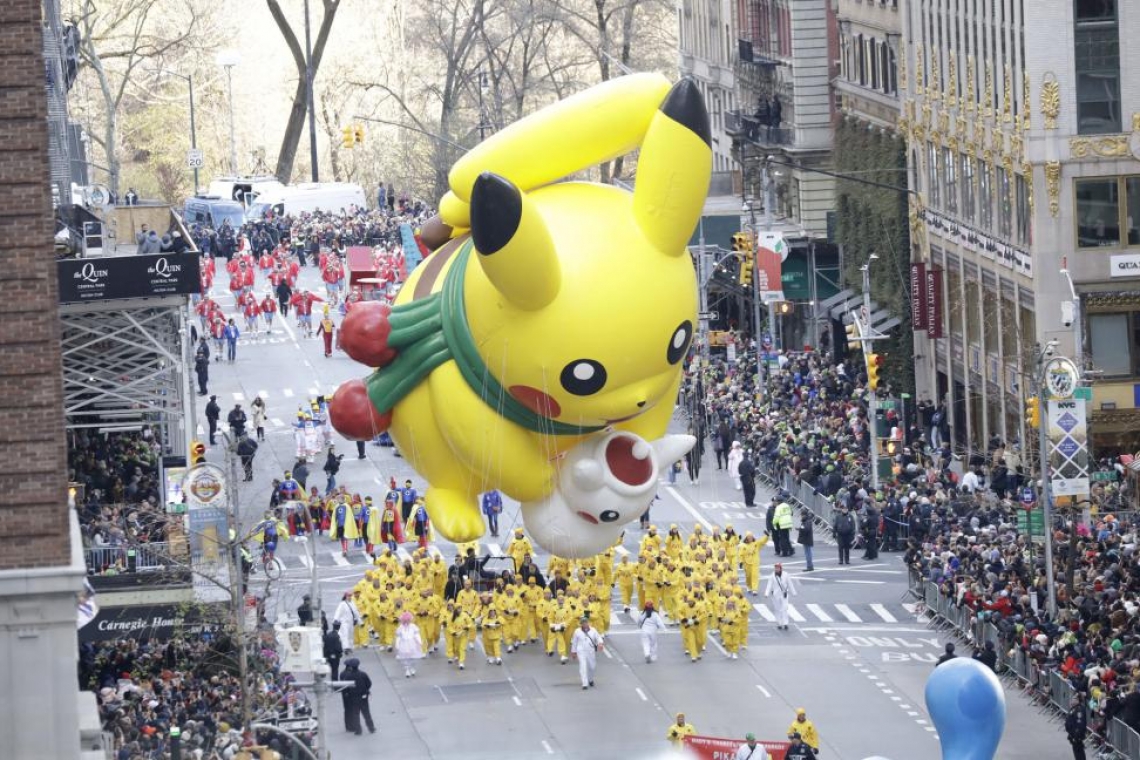 As promised, more than a dozen giant balloons are flying high above the Manhattan parade route.

The inclusion of inflatable versions of Snoopy, SpongeBob, Smokey the Bear and other beloved animated characters had been in doubt Wednesday because of anticipated high winds.

"As of now the balloons will fly!" the NYPD Manhattan North Twitter feed said at 7 a.m. on Thursday.

The temperature was 47 degrees when the the parade kicked off, NBC News said. Wind gusts were expected to be between 20 to 30 m.p.h.

The traditional event is airing on NBC, with Savannah Guthrie, Hoda Kotb and Al Roker serving as hosts.

Early performances on the broadcast included Celine Dion, and the casts of Sesame Street, Ain't Too Proud to Beg, Beetlejuice, Hadestown and The Tina Turner Musical.

Once Snoopy's safety net came off, he proudly flies above the parade route: 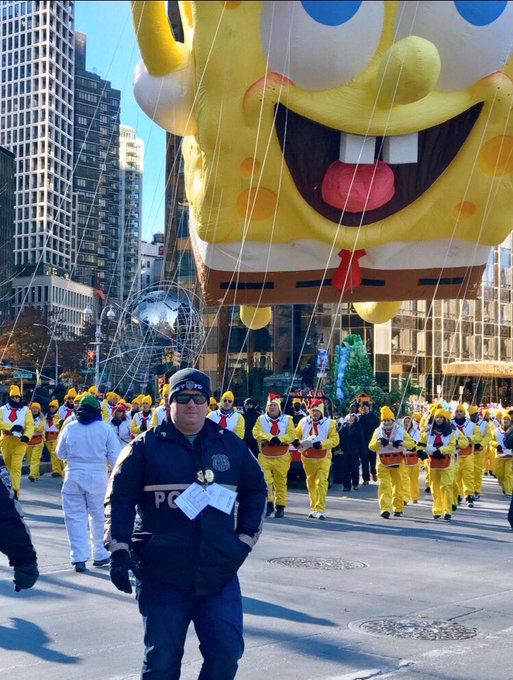 Huge crowds have turned out to watch the parade despite very blustery winds: 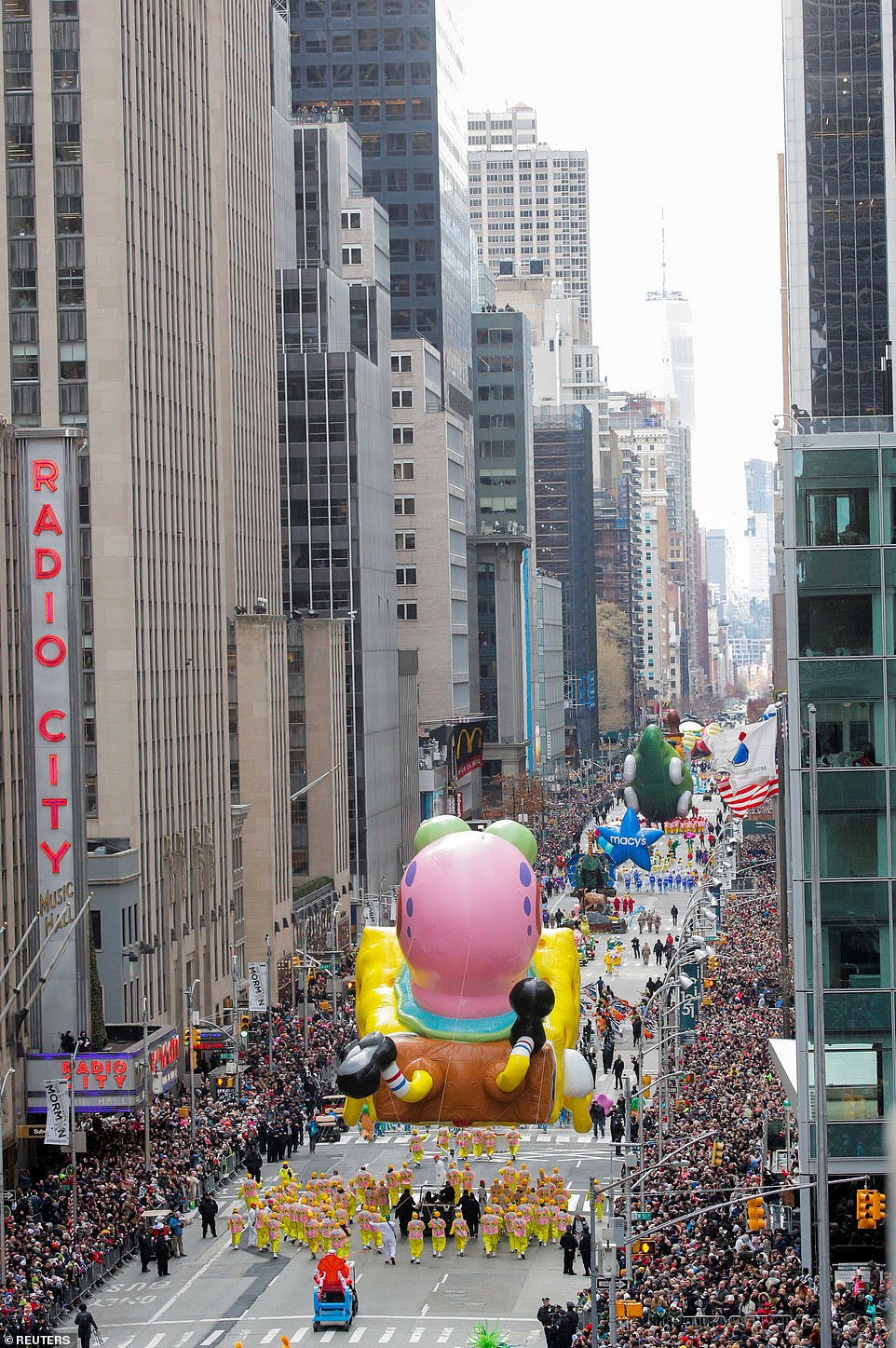 The parade will end with an appearance by Santa Claus. 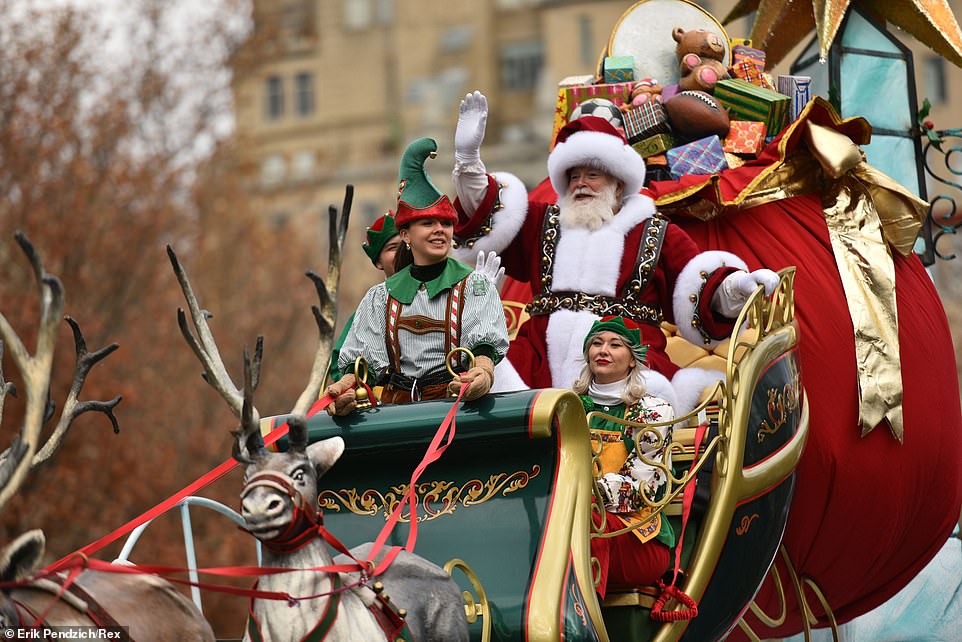 Today is Thanksgiving Day, Thursday, November 28 and the Bills for this web site and radio show will come due in THREE (3) days.  Money is coming in very slowly this month - we're only about halfway to the necessary amount and with only 3 days to go to raise the money we're now in SERIOUS trouble . . .